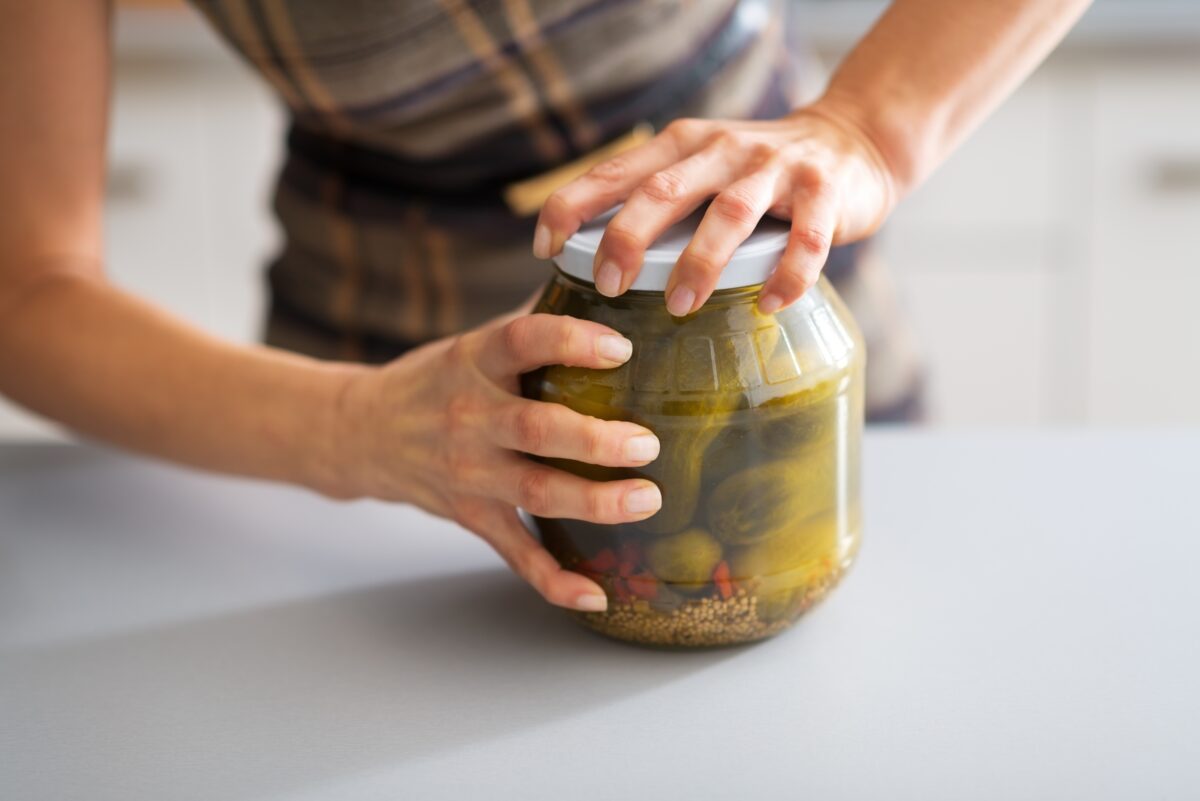 I seem to have touched a nerve.

Two weeks ago, I wrote a column about how hard it can be to open tight jars and plastic bags. Then, to be perfectly honest, I more or less forgot about it.

But it turns out, I and the 89-year-old reader who first emailed me about the problems she was having were not alone in our tight-jar difficulties. We were not alone at all.
“How about those White Castle mustard packets with greasy fingers? Impossible!” wrote one reader.

”I had a bottle of Bufferin I couldn’t open. I finally put it in a Ziploc bag and backed my car over it. The ‘headache powders’ never did help my arthritis,” wrote another, and I choose to believe that he was serious.

One reader has a problem with bottles of Listerine mouthwash, which he calls “just very difficult to open. Then, after it is open and you close it, it is still hard the next time you want to open it.”

Dammit, cheese,
I see you in there.
‘Tear along the dotted line.’
I did.
It didn’t.
Dammit!

She once found her father trying to use a pair of needle nose pliers to open a bag of cheese, and he wasn’t the only one to go the pliers route.

Another reader wrote, “I have a drawer in my kitchen with a few tools, which includes channellock pliers and pair of very good sharp scissors which are getting used more as I get older.”
One reader said she uses a hammer and nail to pound a hole in the lid. When she closes the jar again, she covers it with plastic wrap.

Even more alarmingly, one man has become so frustrated with the packaging of V8 juice that he has taken to opening it with a butcher’s knife.

One man, with what I hope is a sense of humor, first recommended OXO jar openers before adding “resealable packs are a Communist plot.”

A couple of people wrote to recommend brightly colored jar openers, which look and work like bottle openers. A small prong fits under the lip of the lid while a blunt prong fits a little bit across the top of the lid. It is a simple matter to pull up on the opener enough to release the pressure inside the jar.

My column reminded another reader of an informercial from 20 years ago or more for a product called Pyranna. It was a cutting device to “easily open packaging with that annoying hard plastic.”

It came wrapped in a hard-plastic shell. As one YouTube commenter pointed out, “You actually need a Pyranna to open up a Pyranna.”

Still, you can’t please everyone. One commenter on my column complained that I was complaining about First-World problems.

“I just find the American victimhood mentality to be very tiring. It seems like as a society we can’t just be happy to have a high standard of living and we have to point out every difficulty as if we are entitled to never have any troubles,” he wrote.

I’ll bet he changes his mind when he gets arthritis.