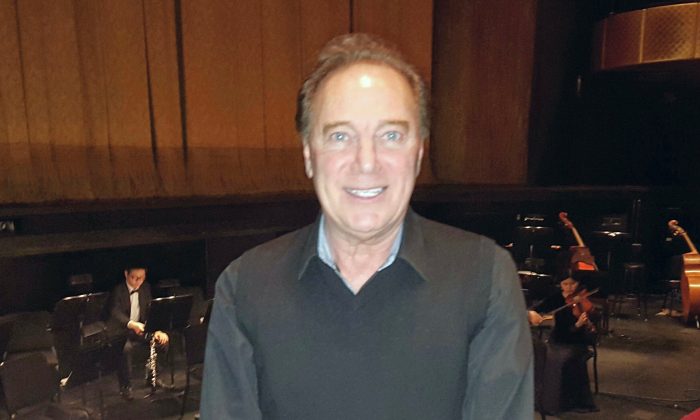 "Touch Dancing" producer Alfonso Triggiani was inspired by the production of Shen Yun Performing Arts after seeing it at Lincoln Center on March 11. (Catherine Yang/Epoch Times)

NEW YORK—Alfonso Triggiani is no stranger to producing a dance production. A self proclaimed champion of real dancing for real people, he has run the “Touch Dancing,” dance studio and weekly television show for 36 years, and is currently working on a project to bring ballroom dancing to China.

“I thought it was wonderful. It was just very, very wonderful. Unlike anything I’ve ever seen before we came here,” said Ms. Gillian, a securities analyst and founder of Gilliam & Co. “It felt like I was a part of the story, truly.”

Mr. Triggiani was quick to give the production an “A-plus.”

“As a dance teacher I know it takes a lot to do what they’re doing,” he said. “This takes a lot of coordination—the more people involved, the more work it takes. And I appreciate the professionalism of it all. I’m sure the general audience does, but as a professional I have more appreciation because I know the work that goes behind getting this done.”

The two-and-a-half hour production consists of 17 dances, mostly classical Chinese dances plus ethnic and folk dances highlighting some of China’s 56 minority groups. The dances are accompanied by an orchestra blending the sounds and instruments of the East and West, plus an animated backdrop, and different original costumes for every dance. The program also includes bel canto soloists who sing original Chinese compositions, and a solo piece of the two-stringed erhu.

The talent and hard work was inspiring for Mr. Triggiani to see. “It’s not something you just get up and do,” he said. There was care in every detail, like the ornate headdresses and detailed hats of certain ethnicities—and the fact that they did not budge at all during even the most dynamic flips and jumps.

“As a dancer I appreciate the feeling of being on stage and expressing the music and the feeling,” he said, and he could tell that the audience appreciated what the dancers had to convey as well.

The performance also brought to light the fact that what the audience was seeing—the authentic traditional Chinese culture—was suppressed in China today under the communist regime.

“I wasn’t aware of that,” Mr. Triggiani said. “I’m glad that they’ve survived, and they’re keeping it alive here.”