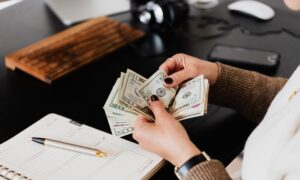 Lara became an instant internet star after a video of him walking around in his Vans became viral, and the shoe company offered him a lifetime supply of their product.

The Ellen show was great!! Thank you guys so much @TheEllenShow pic.twitter.com/xTjhjg7Wft

Later, Daniel and his friend who shot the video, Josh Holz, visited Loma Linda University Children’s Hospital to give away the shoes and meet with some of the patients there.

Last month, Daniel told ABC News that he was considering charity work and opportunities in modeling and commercials in the wake of his social media success, and now he’s doing just that. Daniel has over 1 million followers on Instagram, and recently he appeared in a new Weezer music video.