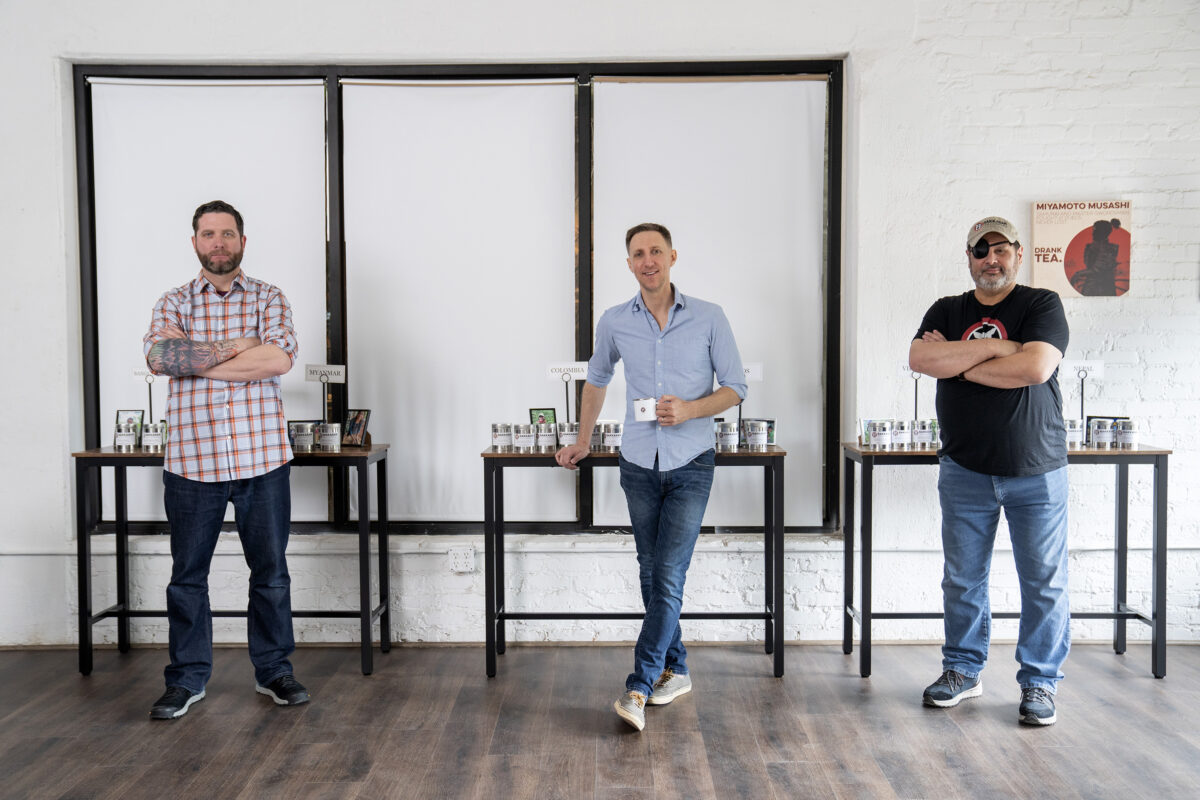 By Erin Booke
From The Dallas Morning News

The company was founded in 2017 by Brandon Friedman and Terrence “TK” Kamauf, who served together in the wars in Iraq and Afghanistan in the early 2000s. RTC, which aims to promote peace and economic development in post-conflict countries, offers more than 40 premium loose-leaf teas from places like Vietnam, Laos, Colombia, Sri Lanka, Rwanda and Myanmar.

But this month, they’ve added something new: 15-count boxes of biodegradable tea sachets that appeal to the more casual, on-the-go tea drinker. Friedman says the sachets are a new vehicle for growing the company and introducing tea to more Americans.

“We’ve always wanted to grow and have more impact,” Friedman says. “We’ve not seen a loose-leaf tea company be able to scale. They will eventually hit a wall.”

There are two sachet tea options — Rakkasan Black and English Breakfast — and both are sourced from the same tea suppliers that RTC currently works with. The English Breakfast blend comes from tea grown in volcanic soil in Rwanda, and the Rakkasan Black is a bold tea grown in Bangladesh. Both come in pyramid sachets made of biodegradable plant-based Soilon mesh. Friedman also likes the pyramid bags because the additional space inside allows for the use of higher-grade tea.

It can be tough for specialty tea businesses to grow and expand, as profit margins can be low. “It’s an operation, and it’s expensive,” Friedman says of sourcing premium tea from small farmers overseas. But RTC has methodically grown over the last five years, adding teaware and mugs, expanding to a retail storefront in 2021, and hiring a fellow veteran, Lance John, who also served in the U.S. Army’s 101st Airborne Division.

During the pandemic, RTC received financial aid from the federal Paycheck Protection Program and a COVID-19 Economic Injury Disaster Loan from the Small Business Administration, part of which they used to invest in marketing. The company was recently nominated for “Best Innovative Marketing Campaign” of 2021 at the World Tea Conference and Expo, alongside companies like Harney & Sons and The Republic of Tea. RTC partnered with veteran-owned ad agency Diesel Jack Media to produce the “Tea So Good You Won’t Throw it in the Harbor” campaign. The nomination is “a sign we’ve grown from a small Dallas startup to one that competes with North American tea industry giants in terms of how tea is marketed and sold to Americans,” Friedman says.

And while RTC has focused on e-commerce and direct-to-consumer online sales for their loose-leaf tea across the country and beyond, the new tea sachets are designed for retail stores and for the Dallas-area customer. “We think we can reach a lot more people in the Dallas community,” Friedman says.

The company is currently looking for placements in retail stores and local groceries, but for now customers can find the new product at the Rakkasan Tea store in Dallas or online at rakkasantea.com.