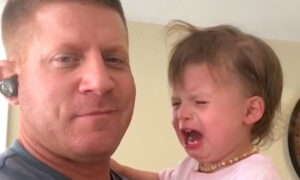 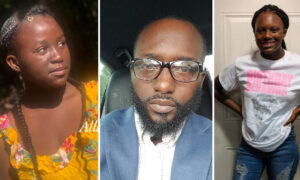 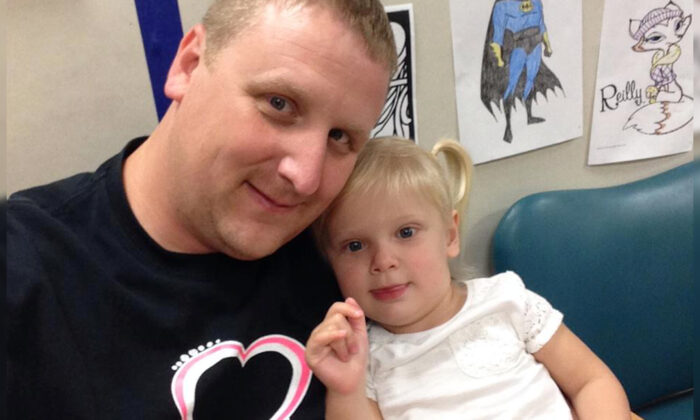 Dad Gets Yelled at by Stranger for Carrying Sick Daughter, His Response Leaves Man in Tears

Some of us tend to judge others way too quickly before we get to know the story behind their actions. When it happened to this father from Nebraska who was carrying his young daughter, he had one of the most touching responses.

Brent Gehring, of Papillion, described in a Facebook post an incident that occurred in July 2018 that left him and a stranger in tears.

“My daughter and I were leaving dinner the other night at Union Oyster House in Boston, MA,” Gehring wrote. “A dinner donated to us by an amazing business and friend that has been in our ‘family’ for years.”

While crossing a street, Gehring was carrying his daughter when someone yelled at him.

“Make her walk,” a man shouted from a short distance away. “That’s what is wrong with kids today.”

Met with such a response, Gehring wondered how he should react.

“I had a choice to make at that time,” he recalled. “Can I make myself feel better by screaming at him or can I teach him something about life? I won’t lie to you and tell you that it was an easy choice but I got inches from his face, with my daughter in my arms, and quietly asked him if he was referring to my daughter.”

When the man disrespectfully confirmed that he was, Gehring then calmly told him why he was carrying his then-6-year-old daughter.

“My daughter has been carrying my faith and my strength for the past 5 years since she was diagnosed with a brain tumor,” Gehring said. “She can’t walk but I am happy to carry her because of all the amazing things she has taught me through the years. So I would advise you not address my daughter in any way other than respectful.”

By the end of what he had to say, both Gehring and the stranger had tears rolling down their faces.

“One that needed to have his eyes opened to what real life and real love is and one that is always needing a reminder that good can come from any situation,” Gehring wrote.

He hoped that his story “serves as a reminder that you don’t always know the whole story so don’t judge others.”

“You have the power to make people’s days better or worse,” he added.

Emma, who is now 8 years old, continues to amaze her parents with her strength and determination, according to her website, Emma Strong.

As of May 2020, “Her tumor has only grown slightly, which is good since we haven’t been on treatment since the end of November,” her parents wrote.

However, the MRA results showed that there was a diminished blood flow through her carotid artery to the outer parts of her left-side part of the brain.

After a lot of discussions with specialists, Emma’s parents decided to go ahead with a vascular procedure that could help improve her blood flow in the brain. In the end of May, Emma began her surgery at the Boston Children’s Hospital.

A Facebook post from June 4 provided an update on the surgery. Dr. Chi, Emma’s oncologist, was pleased with her progress. “[She] felt after seeing the scans from last week, at this point we give Emma a few months to heal and let those new blood vessels grow. Then we will scan again in 3 months and see how things are doing,” the post read.