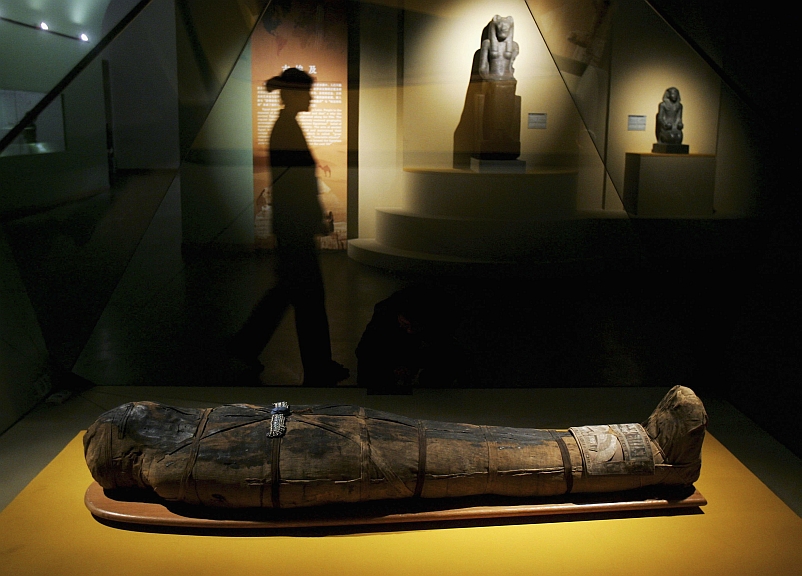 A mummy of ancient Egypt is displayed during the exhibition "Treasures of the World's Cultures: The British Museum After 250 Years" in the Capital Museum on March 15, 2006, in Beijing, China. According to scientific findings, ancient Egyptians may have had contact with the Americas as early as 1,000 B.C. (China Photos/Getty Images)
People