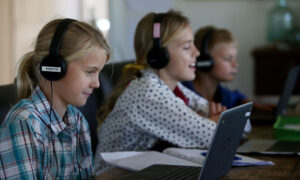 Craze and Detonator pre-workout supplement drinks are among products that contain a methamphetamine analog, which has not been safely tested for human consumption.

The product manufacturer, Driven Sports, Inc., claims the ingredient is derived from orchids, but multiple studies have failed to find this compound in orchids.

Cohen is quoted by Medical Express: “We identified a potentially dangerous designer drug in three separate samples of this widely available dietary supplement. The tests revealed quantities of N,a-DEPEA of over 20 mg per serving, which strongly suggests that this is not an accidental contamination from the manufacturing process.”

Cohen urges the FDA to take action and ban the product once his findings are confirmed by regulatory authorities. He worries in the meantime, the product could continue to have damaging effects.

Another product produced by the same company which lists the same supposedly orchid-derived ingredient is Detonate, reports USA Today, which has extensively covered and investigated the company.

USA Today revealed in July that a top official at the company, Matt Cahill, is a convicted felon whose track record includes selling dietary supplements harmful to the liver which resulted in at least one death.