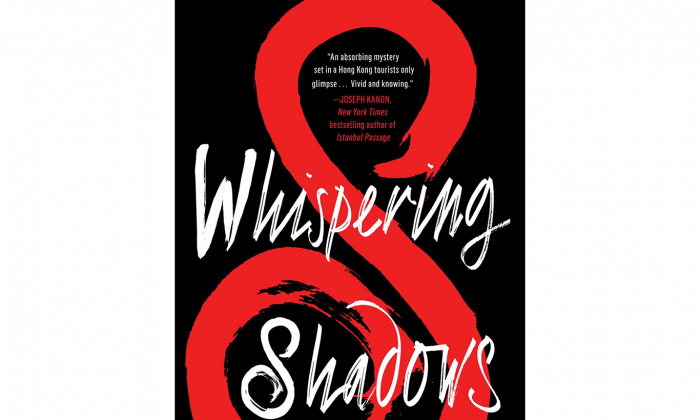 Jan-Philipp Sendker is a masterful storyteller. In “Whispering Shadows” he exposes the seamier side of life in modern-day China while the story within a story of a despairing American expat also unfolds and adds another dimension to the novel.

Sendker takes his time telling this narrative, yet so much happens in the first 10 pages that it is hard to put the book down. We meet Paul Leibovitz, a retired journalist living on a small island off Hong Kong who has spent three years trying to recover from some tragedy and a marriage breakdown.

The back-story on Leibovitz’s life is heartbreaking and we really start to care about his isolation and inability to move on from past life events. The story picks up when he encounters an American woman who, along with her husband, is looking for her missing son. The son had been managing the family business accounts and doing a good job of navigating the complexities of conducting business in the hornet’s nest that is China’s economy. So what happened to him?

He is a sensitive writer who deals with human conditions in a compelling and honest way.

Leibovitz consults a friend who is a detective with the Hong Kong police to see if he has heard any developments in the search for the woman’s son.

Soon the son’s body is found in Shenzhen, a major city in southern China, and Leibovitz and friend decide to start an investigation when it looks like the wrong person has confessed to the murder and will soon be executed for it.

Working on the investigation forces Leibovitz to abandon his isolation, with the result that other developments in his personal life take a turn for the better. However, the true reasons for the murder and subsequent cover-up demonstrate the behind-the-scenes version of how business is done in China. Greed is at the root of a massive misappropriation of justice and could result in the wrong person being executed for the son’s death.

In an interview posted on YouTube, Sendker says he listens to classical music whenever he writes and that he wants to write books that will move his readers. In this he is successful, and many of his readers write to tell him so. He says he felt he was just a scribe for his first book “The Art of Hearing Heartbeats,” as he really didn’t have a complete story in mind when he started writing and he looked forward to writing every day just to see how the story would be revealed to him.

Sendker lives in Germany and writes in German; this is his third novel translated into English. He is a sensitive writer who deals with human conditions in a compelling and honest way. He seems to find good translators who maintain the tone and intent of his novels, which revolve around admirable human qualities.

For instance, “The Art of Hearing Heartbeats” takes place in Burma and the events and experiences described may seem fantastical to some. However, it is a story about the remarkable bond between two people and the unfailing trust they have in each other that is tested over decades in their lives.

The sequel, “A Well-Tempered Heart,” takes place 10 years later. It is a story that shows the power of forgiveness and what can happen when our boundaries are stretched and we allow ourselves to change. Sendker says he plans to write a third book about Julia, the subject of the first two novels.

“Whispering Shadows,” written in 2007 but just released in English, is the first in a trilogy that promises to keep readers up at night as the stories take inevitable twists and turns and true hearts are revealed.