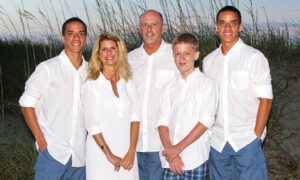 Couple Adopt Abused Twins to Raise as Their Own, Refuse to Give Up When One Develops Brain Tumor
0
Share Now
TelegramFacebookTweetEmailTellMeWeReddit
Copy Link 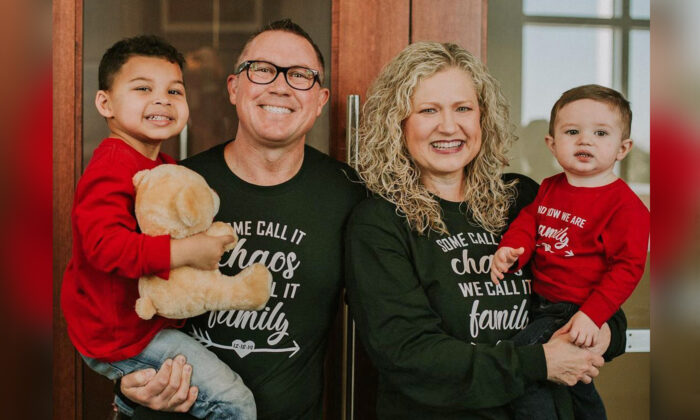 When a couple from Florida who already had three children of their own attended an adoption seminar almost a decade ago, they were sparked by the idea of fostering. However, little did they know that two toddler siblings whom they would come to foster a few years later would end up becoming their “forever sons.”

Overjoyed in becoming a forever family, the parents, Tony and Carla Cross, posted a video on YouTube of their adoption “happy dance” in front of the judge. In the video, the boys sport red shirts that read, “And now we are family.”

“We never set out to adopt; however, God had other plans for us,” Tony told Love What Matters.

Carla and Tony attended parenting courses in 2016. The following year, they passed their home inspection and signed papers to officially become foster parents.

“We had finally met the goal of becoming foster parents,” Tony said. The couple then received a call only three hours later asking them to take in a baby.

“There was a five-day-old baby who needed a home. Our reaction was, ‘WOW. Already? Are we ready?’” Tony said.

They immediately sprang into action to get their home ready for the baby, a step for which they had not been prepared. Their fostering of the infant, however, wasn’t for long; six months later, the baby was adopted by his own grandmother. After “tears and heartbreak” of separating from their first-ever foster child, they called their licensing agency, “One More Child,” and told them that they were ready for another child.

At the time, Carla and Tony were completely unaware of what was going to unfold. They had a long road ahead of them, a path that initially involved confronting the trauma the boys had been through.

“Let’s just say babies are easy, toddlers with trauma and neglect not so much. ‘Dakota,’ the 2.5-year-old, could barely utter just five words and use a form of bad sign language to communicate,” Tony said. “‘Nate,’ the 2.5-month-old, was extremely sad and had rashes all over. He didn’t cry when he was hungry, wet, or had a poopy diaper. His biological mom had not met his needs.”

Tony and Carla, however, nurtured the boys with love and care, and, after booking the boys into speech and physical therapy sessions, they learned to navigate the boys’ unique needs—thus, they began to bond.

“They fit seamlessly with our older children, like they belong—our big children just love and treat them as if they’ve been with us from day one,” Tony said.

Not long after, Dakota and Nate even dubbed Carla and Tony “Mom” and “Dad.”

Eventually, the caseworkers and guardian ad litem asked the loving parents if, in the case the biological mother lost rights to her children, they would like to adopt the toddler siblings.

“Without hesitation, the answer was, ‘YES!’” said adoptive dad Tony.

The biological mom, who had an addiction, did lose her rights to her sons.

“After lots of paperwork, and time, we finally got the opportunity to go forward with the boys’ adoption,” Tony said. “It was such a humbling process, to stand before the judge with everyone you know watching. Once this process ended, we walked out of the courtroom with our forever sons.”

Now, both Tony and Carla have been chronicling their foster care and adoption journey on an Instagram account, hoping to inspire others. Through their platform, they strive to educate people and debunk common misconceptions about adoption.

The couple have had the opportunity to have over 15 children come through their home and be “middle parents.”

“It is sometimes hard for our sons, but they understand it now that they are older,” Tony said. “It does cause stress and issues, which we work with.”

As for Dakota and Nate, Tony said they are doing well, and the couple are now fostering the boys’ little sister, who was born at 23-weeks’ gestation. “She is a true miracle, and they do not understand their bio mom had another baby, but they love on her and care for her, as older brothers do,” Tony said.

Tony told The Epoch Times via email that he and Carla hope to encourage parents who might be interested in fostering or adopting.

“I post mostly about what’s on my heart and about fostering, so if we reach others who are interested in foster care that is all the better,” Tony said.

He added that, eventually, they hope to mentor other parents who wish to foster, but that will happen much “later.”