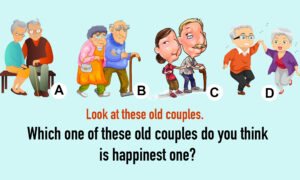 Couple Game: Find Out How Happy You'll Be After Your Retirement
0
Share Now
TelegramFacebookTweetEmailTellMeWeReddit
Copy Link 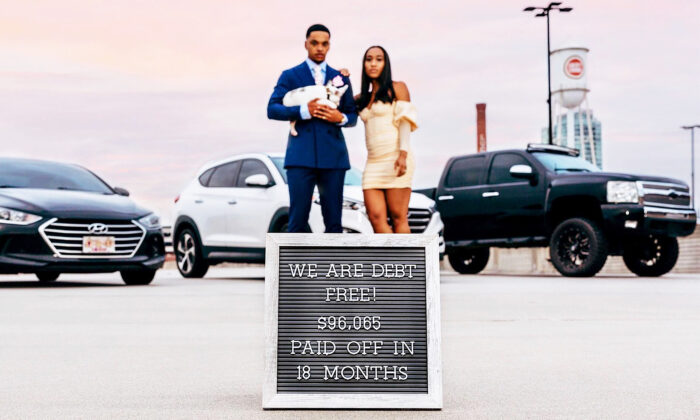 A couple in their 20s has shared how they became debt-free after paying off almost US$96,000 in under two years.

It took them 18 months to bust their debt by giving up holidays, shopping, and eating out.

Bria and Adrian first started facing up to their debt problems after they got married three years ago when Bria’s car needed replacing; the pair admit they never took their credit card debt seriously.

“We had credit card debt which we didn’t class as real debt, my car died so I needed a new one and then Adrian got a new truck over lockdown for his own mental wellbeing because he likes to go hunting,” said Bria, a project manager.

“I would pay for household things on my credit card. I think I’m a very frugal person and I don’t like spending money.

“Adrian was really into saving and I just thought what is the point in doing that when you’ve got loads of debt and I was just in his ear so we decided to get on top of it so we could eventually start saving properly and put it towards something positive and our future.”

Adrian, who works as a sales representative, added: “I would just random purchases on my credit card. Things that I didn’t want to be out of pocket for so I’d just swipe my credit card and think I’ll pay for it later.”

The pair, from Durham, North Carolina, was inspired to go all-in on budgeting and make some big changes to reach their debt-free goal.

They quit using their credit cards, budgeted for their bills and grocery shopping, gave up hair and nail appointments, and invested in second-hand clothing.

Bria said: “We stopped eating out, we did our food shop at stores with the best rates, I didn’t get my hair done, nails and became quite thrifty and buying nice second-hand stuff.

“If we went to see family we would drive instead of flying,” she added. “It was hard trying to become debt-free and also enjoy ourselves.”

Adrian said: “We went through our bank statements to see what we were spending on things that we actually needed to live like bills and groceries and everything else went towards paying off our debts.

“We gave up our savings because there wasn’t really much point in having them.”

“We definitely feel like we’ve had a weight lifted off our shoulders,” Adrian added. “It’s hard now trying to work out how to not spend what we now have and use it for our savings.”

Bria added: “Our end of debt goal was December 2020 and we managed to beat that even with getting Adrian’s truck. It does feel good.”