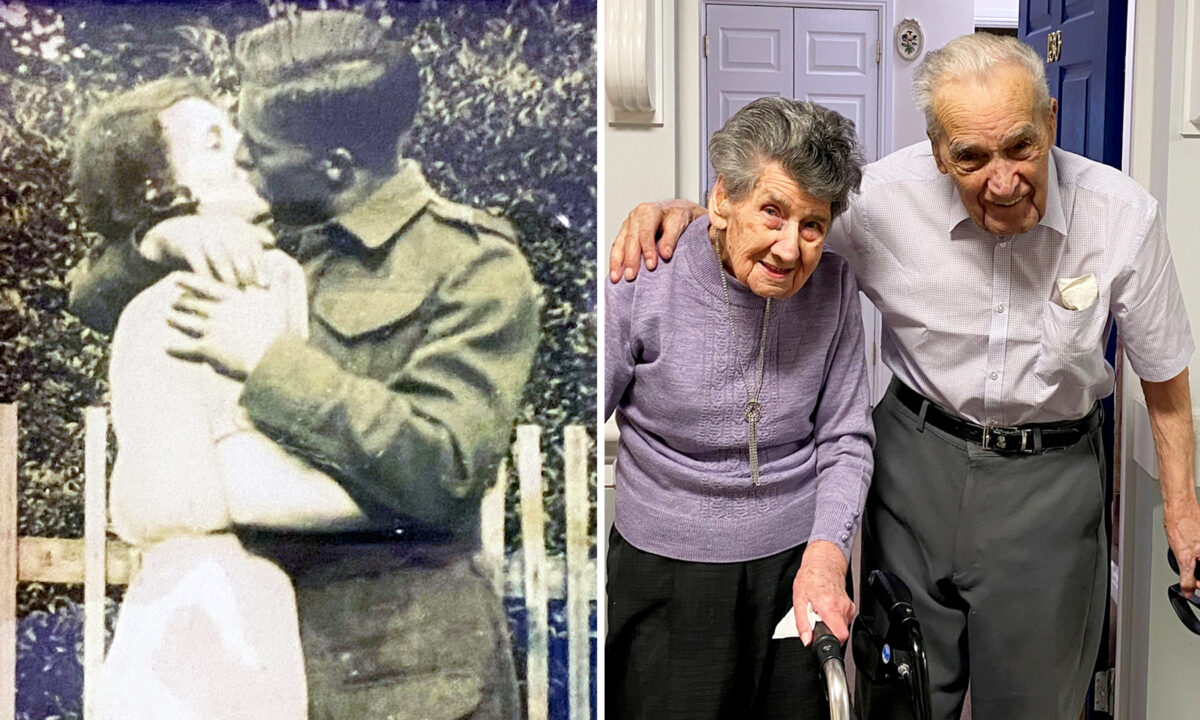 A pair who recently celebrated their 81st wedding anniversary has earned the title of Britain’s longest married couple after friends told them they “wouldn’t last long.”

“We never expected to reach 81 years of marriage, we know we are very fortunate to have achieved this amazing goal,” Joyce, a former Woolworths worker, said. “It feels excellent! There is no boss in our relationship, we both give and take.”

Echoing the same sentiment as his wife, Ron, who served in the Second World War before working at a local garage, said: “Sometimes life is hard but we work through it together. We look after each other too.”

The couple claims it was “love at first sight,” and they got married at Newport Pagnell Registry Office when Ron was 21 and Joyce was 19. They then went on to have two children, Eileen and Bill.

Eileen said that her parents’ friends initially doubted how long the couple would last when they married 81 years ago.

“It was said of them at the time of their wedding, it would not last long, how wrong did folks get that?” she explained.

For their recent anniversary, the couple celebrated it at ExtraCare’s Shenley Wood Retirement Village in Milton Keynes, where they share a flat.

They were treated to cream teas and got a shout-out from Ken Bruce on Radio 2 at the request of their son, Bill.

Last year, the Queen sent them a signed letter for their oak anniversary, which read: “How wonderful to learn of your eightieth wedding anniversary on 4th January, 2021. I do hope you enjoy this marvelous occasion.”

The previous record-holders of “Britain’s longest married couple” were held by Ron and Beryl Golightly from Yorkshire, who were married for 80 years before Ron sadly passed away, aged 101, in December.