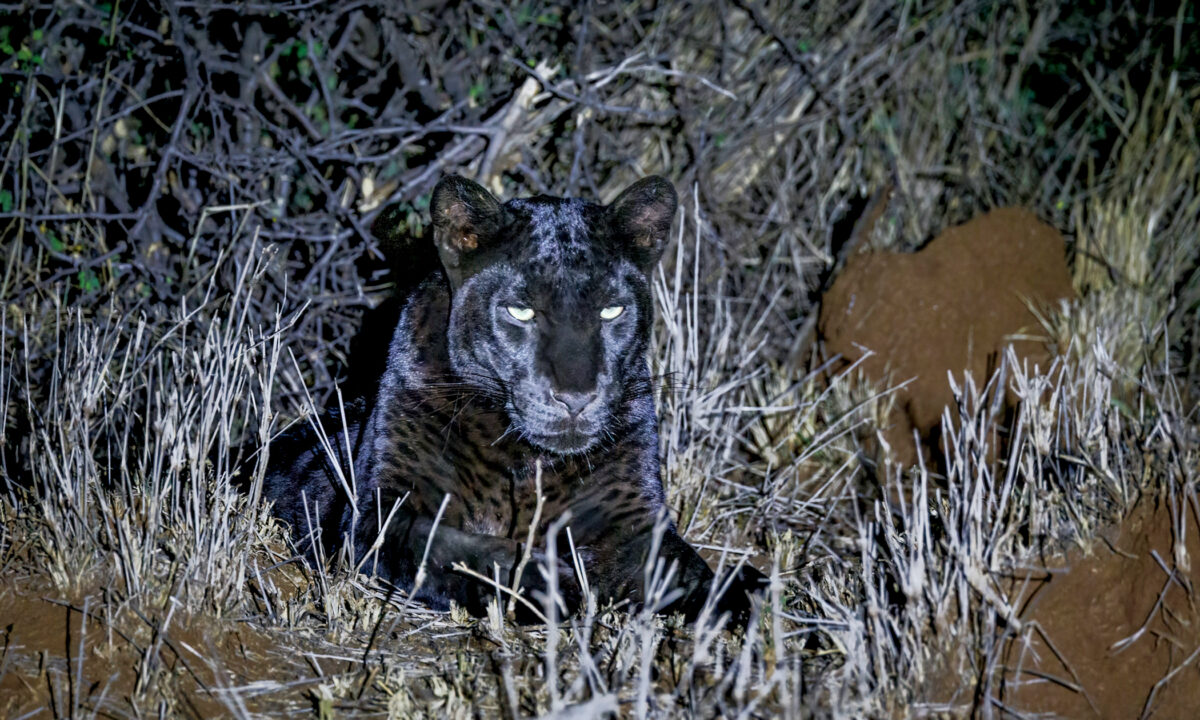 A couple has captured the sighting of a rare black leopard on camera during a trip to Kenya.

Jenny Varley and Graham Boulnois, from Cheshire, England, couldn’t believe their luck when they spotted a rare black leopard, also known as a black panther—which is a melanistic variant of leopard—after their recent visit to Laikipia Wilderness Camp, Kenya.

The couple had heard there’d been a few sightings of the black leopard, and they managed to catch a glimpse of her on two separate occasions during their trip in March.

Jenny said: “This leopard is a young female and although still sometimes seen with her mother, she is becoming more independent and has been observed hunting alone.

“To see a black leopard was an absolutely amazing experience and something that we had previously only dreamed about as they are so rarely seen in Africa, and to have managed to take a few photographs of her at night was an unbelievable experience and privilege.

“This has to have been a wildlife highlight in my life, without any doubt at all.”

Jenny’s husband, Graham, says that being able to see the rare black leopard in the flesh was a truly remarkable experience. He said that, as this encounter was likely a “once-in-a-lifetime event,” he went ahead and filmed it.

“It was something that we had long hoped for and finally achieved,” said Graham. “The challenge of filming the encounter was that we found her at night with the only illumination coming from the spotting lights on our vehicle. So it was very demanding.

“This sighting will live long in my memory.”