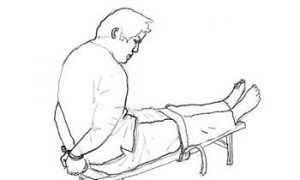 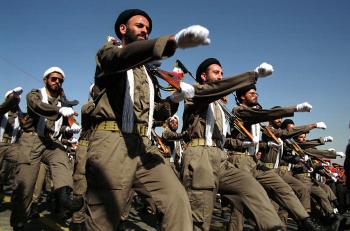 The attack, which came on the 30th anniversary of the start of the Iran-Iraq war, has been blamed on “counter-revolutionaries”.

Iranian news agencies reported that no soldiers died, and the casualties were mostly women and children who were watching the parade in the town of Mahabad.

The region overlaps with northern Iraq and Southern Turkey, an area in which Kurdish separatists are demanding an independent state.

Kurdish guerrilla forces are known to operate in the area, and have clashed several times with Iranian security forces.

Reports indicate that the bomb was planted near a tree and connected to a timer.

Vahid Jalalzadeh, the governor of West Azerbaijan province, said the attack was the work of “counter-revolutionary groups”.

“The bomb exploded 50 metres from the parade stand and killed 10 people including the wives of two senior military commanders of Mahabad,” said Jalalzadeh, in comments to the semi-official news agency Mehr.

He added that four of those who were injured were in critical condition.

The parade was one of many held across the country to mark the beginning of the 1980-1988 Iran-Iraq war, in which over a million people died.