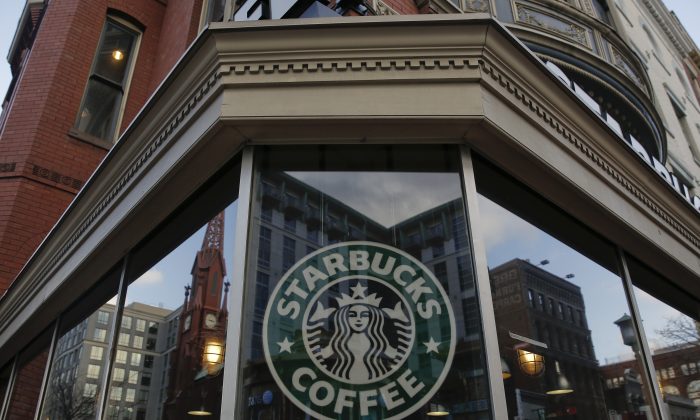 An exterior view of a Starbucks, on Dec. 27, 2012, in the Chinatown neighborhood of Washington, D.C. (Drew Angerer/Getty Images)
Food & Dining

Coulson Loptmann, a former employee with Starbucks getting food stamps, said he was fired after he ate one of the chain’s breakfast sandwiches from the garbage.

The 21-year-old Seattle native said he was fired from a Starbucks location in downtown Seattle after working there for more than a year, reported The Stranger. His manager told him that taking something out of the trash is “stealing,” he said.

“I hadn’t eaten all day and I was on a seven-hour shift,” Loptmann told the publication. He said that he survives partly via food stamps, saying he can’t get enough hours working at Starbucks.

Loptmann, who is looking for another job, said he noticed that a coworker marked some sandwiches out of stock, and he decided to take one out of the trash can. He was later told by the human resources department that he couldn’t do that, and he was promptly fired.

He added that he didn’t have any “ongoing performance issues.”

Starbucks spokesman Zack Hutson told the paper that “it is a violation of our policy to consume marked-out products.”

Hutson told The Huffington Post in another interview that “we don’t want our partners to consume something that could make them sick.”

He added that Loptmann had “multiple documented performance issues in the past year, including failing to show up for shifts as scheduled,” and that “shortly after receiving discipline, he violated this policy [against eating marked-out food] and was let go.”