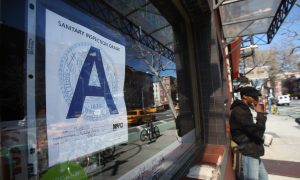 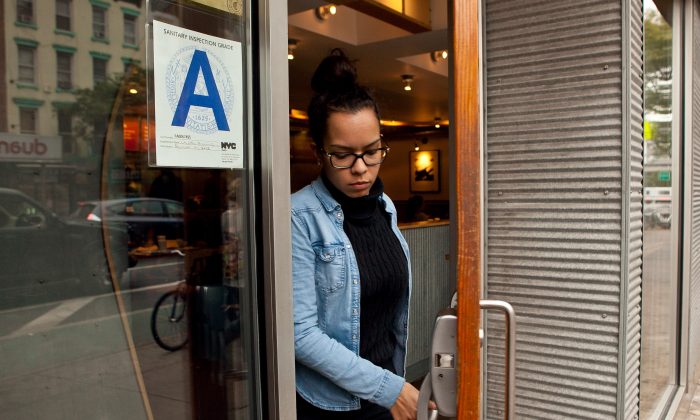 Could We Soon Check Any Restaurant’s Health Inspection Score Via Yelp?

The Centers for Disease Control and Prevention (CDC) estimates that one in six Americans get sick from a foodborne illness every year, with 3,000 deaths and 128,000 hospitalizations annually.

When it comes to eating out at restaurants, consumers often depend on municipal health department inspection scores to assess whether a food establishment is safe to visit.

But each city has a different scoring system. Some use letter grades, others use a color-coded system, and still others implement different numerical scales.

And while some cities publish the restaurant scores on government websites, few people know how to access the information or would bother to try.

Data software company Socrata aims to resolve both problems at once with a program they’ve developed in partnership with local governments and Yelp.com, the customer review website. Socrata will translate the health inspection score into a standardized, universal 0 to 100 score, then post on Yelp each restaurant’s score. The program is called LIVES, for Local Inspector Value-Entry Specification.

LIVES is not exclusive to Yelp; it’s an open data source available to any platform that wants to use it.

On the website, Yelp will also publish what health regulations restaurants violated, and their previous inspection scores.

This allows restaurantgoers to easily understand and access information about a restaurant’s food safety compliance.

“You can see how consistent restaurants are with their inspections,” said Socrata’s public health data advisor Sarah Schacht, herself a two-time survivor of foodborne illness. “There’s public benefit to bringing transparency.”

So far, a few cities and counties already display their restaurants’ scores on Yelp since Socrata first developed LIVES in 2013. Locations include San Francisco, Los Angeles, and Louisville, Kentucky.

This June Socrata is launching a campaign to get more cities signed onto the LIVES program.

The company said the process of translating the scores and setting up the system could take as few as 40 hours of staff time. Each city would be up and running just two months after getting the relevant government data.

Schacht explained that the LIVES program can crunch any type of official restaurant inspection data, but Yelp will only publish data from governments that actively cooperated with Socrata.

Socrata is currently looking to work with the United Kingdom and Australia to begin adopting LIVES and publishing restaurant inspection scores there.

In February, Yelp published the results of its own study, where it notified a random selection of restaurants that their inspection scores were published on its website.

Yelp found that many of those restaurants received higher scores on their next inspection, suggesting that Yelp’s highly visible platform pressured the restaurant to clean up.

CORRECTION: An earlier version of the article misstated the number of hours needed to set up Socrata’s LIVES program. Epoch Times regrets the error.