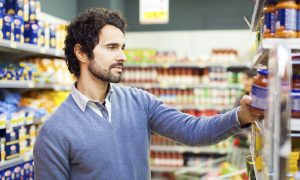 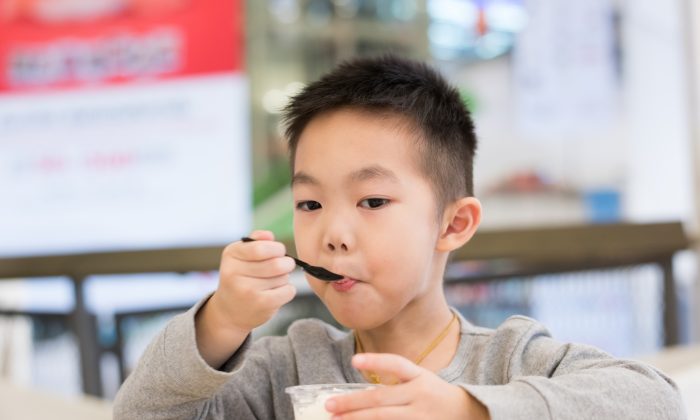 As the debate over food labeling rages on in America, a group of researchers is asking if it is ethical to leave the youngest generation out of the discussion.

While adults are driven by their health concerns, poor health often has its roots in childhood, as proven by the obesity rates among children.

Children, especially the very young, are not included as part of the solution because they are deemed to lack health literacy. Since they can’t add calories or recognize daily percentage allowances for different vitamins, food companies are not obligated to communicate with children, said Dr. Greg Privitera, now research chair for the Center for Behavioral Health at the University of Phoenix, in a telephone interview.

“We are largely focusing on what children can’t do,” he said.

Privitera and his colleagues thought about this, and understood that children are incredibly brilliant at one thing, and that’s emotional literacy. Even as young as 6 months old, an infant can recognize facial emotions and respond. Why not use this skill to give children a stake in their own health?

Emo-labeling is an image-based labeling strategy that correlates a “happy” emoji face, with healthy food, and a “sad” emoji with unhealthy food. Privitera first studied emo-labeling in 2013.

83 percent of the children changed their choice of at least one food.

His recent study, published in the journal Appetite, asked 64 children from kindergarten to fifth grade to choose their four favorite foods out of 12 options, first without any emojis, and then with the emoji labels affixed to all food packages. Foods were displayed on shelves to simulate a grocery aisle.

The result was encouraging: 83 percent of the children changed their choice of at least one food.

When asked if he thought it was likely a food company would put a sad face on a product, Privitera said it was an ethical issue.

Based on the foods used in the study, the students may have decided against an unhealthy Frito-Lay Cheetos or Keebler Chips Deluxe Mini, in favor of a healthy Mott’s Natural Applesauce or Bolthouse Farms baby cut carrots.

“If health information can be made meaningful to a child, they will use that information to guide their food choices,” said Privitera.

And within the data, there are real racial and ethnic disparities, suggesting that more work needs to done to assist Hispanic and black children and youth, who in some cases experience as high as twice the levels of obesity as their white counterparts.

Since 2008, there has been very little change, on average, in obesity rates among children, either up or down, suggesting at least things are not getting worse.

The food industry spent $2.1 billion in youth marketing, which included creative labeling, contests, and games, to entice children to want their products.

In 2008, Congress requested the FTC to investigate the food industry’s marketing expenditures and activities directed at children. It was found that in 2006, the food industry spent $2.1 billion in youth marketing, which included creative labeling, contests, and games, to entice children to want their products.

A follow-up report published in 2012 examined food industry behavior three years later, in 2009, and found a similar level of spending, albeit with much greater complexity and reach, reflecting expanded digital and social media strategies.

In 2006, the food industry launched the Children’s Food and Beverage Advertising Initiative, designed to be self-regulating, and with an aim to improve the nutritional content of the food marketed at children.

Slight improvements came of the initiative, with the nutritional quality of most categories marketed to the youngest children improving, such as in the cereals, drinks, and dairy categories.

On the other hand, snacks showed minimal to no improvement, prepared foods declined in nutritional quality for all age groups, and candy and frozen desserts marketed to teens were markedly less healthy, according to the congressional report.

Emotion is obviously a powerful tool for marketers. Emojis, in particular—a universal language of sorts for the digital age—are increasingly popular.

PepsiCo recently announced a campaign involving 70 global and uniquely designed emojis that will print on cans, bottles, and cups all over the world, according to Ad Age.

Tostitos Cantita chips and dips, also owned by PepsiCo, launched a campaign recently calling on fans to share how they would “party using only emojis”—whatever that means. The winner would get their emoji’s brought to life at a party, according to a company press release. Again, whatever that means.

Privitera admits that campaigns such as these would be counterproductive to the healthy emoji correlation of his research, which is concerned with empowering children in a way they can best understand to help them make better choices.

When asked if he thought it was likely a food company would put a sad face on a product, Privitera said it was an ethical issue, and so he was hopeful they could find a way to do it.

He is currently working with the University of Phoenix to formulate a larger, national study across the full socioeconomic spectrum.

He said they were still  at the early stages of conceptualizing an approach. Another idea would be to find a way to convey an emotional message that means something more like eat more of this, eat less of that food.