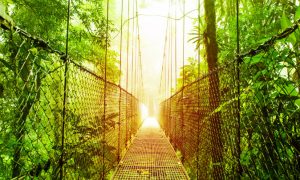 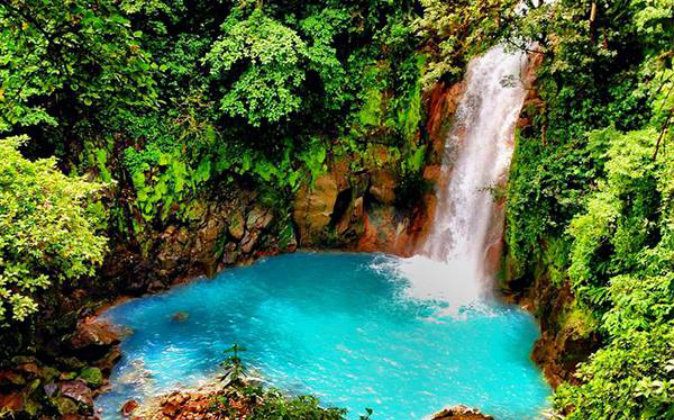 I recently returned from a trip to Costa Rica. On my trip I stayed at Costa Rica destinations that were on the incredibly beaten path going from San José to Monteverde to Jaco and then back to the capital. There is nothing wrong with this, but if you stay in a country long enough, you definitely want to check out other places off the main tourist path. I will leave that on this post to the experts, the Costa Rica Experts that is. Sara Meils from the Costa Rica Experts gives travelers tips on exploring the more hidden parts of the country.

Adventure. Discovery. Exploration. That’s the name of the game in Costa Rica. And where can you find it? Well, arguably anywhere. But if you’re looking to really getaway, the following destinations will accomplish just that. Venture off the beaten path into quiet seclusion and discover your own Costa Rica. This is a vacation after all.

The Caribbean Coast is a destination often overlooked by tourists. This is especially true of the southern coast despite its natural beauty and authenticity. But for those willing to explore the mysterious eastern shoreline, many pleasant surprises await them. Deserted Caribbean beaches, clear waters, and dense forests are highlights in this region. Cahuita National Park, located just south of the port-city of Limon, is a combined land and marine park protecting some of the last remaining coral reefs in Costa Rica. South of Cahuita lies the Gandoca-Manzanillo Wildlife Refuge. There is only one trail within the refuge. To reach it, you’ll walk along the beach south of the town of Manzanillo, cross through a small river, and there you will meet the trailhead. How’s that for remote?

The humid rainforests and rugged coastlines of the Southern Pacific Coast will delight adventure and nature enthusiasts alike. Some of the most remote rainforests in the world are found here. In fact, the Osa Peninsula is so secluded that it can only be reached by boat or small plane. The ecolodges are basic in an effort to minimize their environmental impact. Just off the coast of the peninsula is Cano Island, one of the best places in Costa Rica for diving and snorkeling. Explore coral reefs surrounding the island and the mysterious pre-Columbian stone spheres left behind. Ballena Marine National Park, just north of the Osa Peninsula, is named for the majestic whales that frequent the shoreline and the view from above. The coastline incredulously takes on the shape of a whale’s tale! The beaches of the national park are isolated and the strong waves that approach the shore attract experienced surfers.

South of the popular beach destinations of Guanacaste lies the Nicoya Peninsula. The region profits from the same glorious sunsets and coastline, but is much more remote. Gravel roads and its location on the tip of the shared peninsula, further from the Liberia International Airport, have made the Nicoya Peninsula less accessible. There is something to be said for an area that is known throughout Costa Rica as a wellness destination- the perfect place to go to unwind. Nicoya is also an international Blue Zone, where residents live longer lives and suffer from lower rates of disease. The Nicoya Peninsula attracts yoga and wellness enthusiasts from around the world.