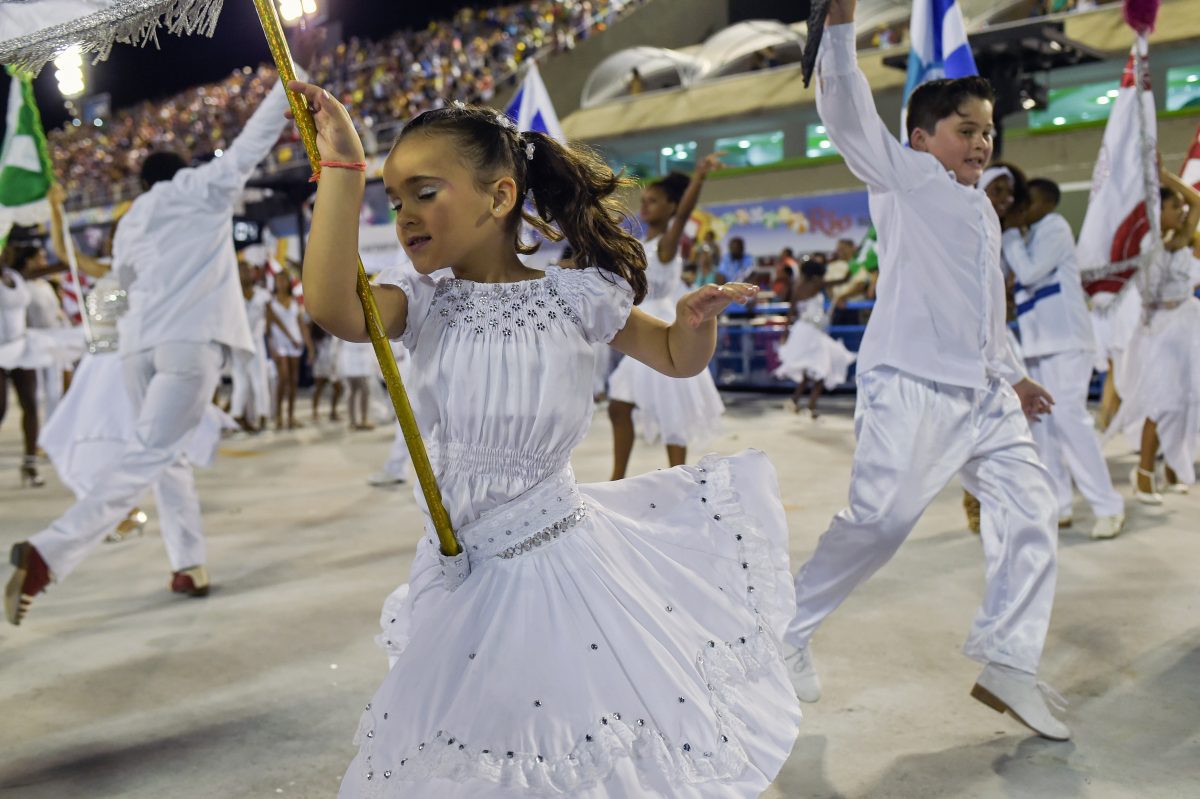 Members of the Afro-American Candomble religion take part in a cleansing ceremony of the Sambodrome in Rio de Janeiro, Brazil. Samba schools will parade at the Sambodrome next February 15 and 16, 2015. (YASUYOSHI CHIBA/AFP/Getty Images)
Travel

The month of February is certainly bound to be exciting and it wouldn’t pale in comparison to the cool parties in January in celebration of the New Year. Aside from the celebration of the Chinese New Year, February will be quite eventful as there are several big celebrations that will be held all over the world

Held in Viareggio, Italy, revelers who are in costume parade towering characters and huge floats which have been decorated elaborately grace this colorful event. It has long been a tradition for people to flock to this Tuscan coastal city during this event. Triple canon shots signify the beginning of this festivity. With the Carnevale rolling in, the sophisticated coastal town transforms into a riot of colors as flags hang in business and residential sites. Masquerade parties are held in many clubs and discos in the area so if you are up for partying all night, this is just the place to be.

The celebrations during the month of February will not be complete if the most awaited Carnival celebration doesn’t make it to the list. This is bound to be one of the world’s hottest parties with sexy people all over the place. And, there’s the celebration prior to Lent combined with tribal beats and pagan traditions. For those who love festivals, seeing this and joining in is a must and the five day event will surely be an unforgettable one.

With its motto that translates to “let the good times roll”, it is not surprising why the Mardi Gras happens to be one of the wildest parties in the country and it has long been associated with debauchery and hedonism. But this is more than just a party with sexual innuendos as it is also perfect for families with its parades and the official, green, purple and gold colors are certainly festive. This is one of the biggest events in the city and the entire places shuts down for this event which is quite diverse. For those who are interested in adult oriented sights, Bourbon Street is just the place to hang out in.

Although the Sky Lantern festival is not as popular as the Chinese New Year, it remains to be one of the celebrations as far as the Chinese calendar is concerned. And, there is no better place to experience the exhilarating display of lights that the mountain town of Pingxi which is about an hour from Taipei. This originated around the Xing Dynasty and fireworks used to be a signal that the homes were safe from raiders and outlaws. Before going to the main stage, be sure to drop by the Old Street so that you can get a more intimate feel of the festivity.

With the Andes at the backdrop and wine queens, fireworks, dancing and overflowing wine, there is no mistaking that you are in the Grape Harvest festival. This festival has actually been made through a signed decree and it dates back to the seventeenth century and it has a religious nature. If you love a good wine party, then this is something that you shouldn’t miss as this happens to be Argentina’s biggest wine celebration and as one of the Wine Capitals, you can look forward for so many glasses of wine. The first Friday of March is actually the main attraction although the event stretches to 10 days.