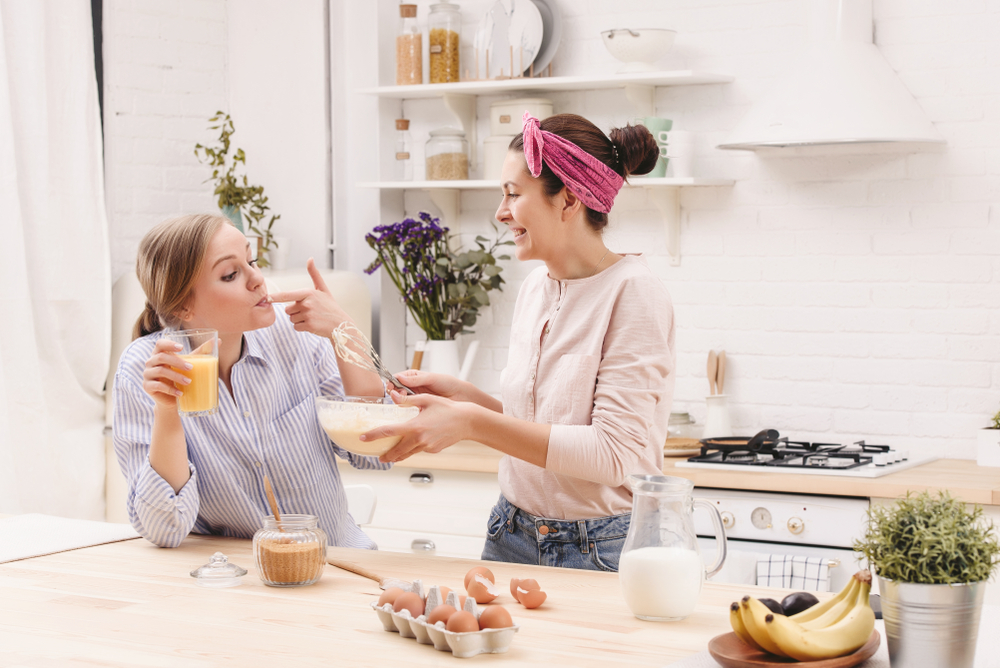 Baking and cooking together can form bonds and relieve stress. (Shutterstock)
Food

The ancient Greeks viewed cooking as a sacred practice and a form of therapy. They approached it with great respect, harmony, and agape (unconditional love), as they believed that food and one’s energy while cooking influenced the balance of the humors and thus one’s well-being.

At the Newport Academy Treatment Center for Teens, for instance, which has locations across the country, cooking and baking are used “as therapy tools for people suffering from depression, anxiety, and other mental health problems,” according to The Wall Street Journal. The center found that culinary therapy “could boost confidence, relieve stress, improve memory, and increase concentration, as well as provide a sense of achievement.”

In a 2016 study published in The Journal of Positive Psychology, researchers at New Zealand’s University of Otago found that engaging in everyday creative activities, including cooking and baking new recipes, was linked to increased day-to-day well-being.

Meanwhile, a study published in the British Journal of Occupational Therapy in 2004 found that baking classes helped participants “work towards a sense of their own confidence and, importantly, competence.” Participants also reported learning to cope with challenges, having opportunities to experience success, and developing social relationships.

As with many ancient pearls of wisdom, the old is new once again.

The ancient Greeks were among the first to introduce to the world the concept of energy, or “energeia,” in Greek, and its effects on humans, animals, and plants. They believed that everyone is connected by energy—Aristotle wrote that “we are all one,” and “love is the cause of unity of all things.”

The energy in our environment and from our food is directly related to our well-being. Energy that is harmonious and joyous benefits our emotional, physical, and spiritual health. This link was strongly recognized by the ancient Greeks, who strove to think good thoughts, maintain a positive environment, and live life with agape. They also practiced affirmations, played music, and partook in other therapies to help them do so. This would also help them better connect with themselves, nature, and the divine.

When it came to cooking, the ancients knew that if the kitchen had good energy and the food was cooked with good energy—using wholesome, close-to-nature ingredients—then the resulting dishes would be masterpieces, delicious and healing at the same time. It is thus important to be mindful of our energy before we go into the kitchen to cook.

They believed that the body was the temple that housed the soul, and needed to be treated with the utmost respect. Food was consumed for the purpose of nourishing the mind, body, and spirit; cooking was therefore performed with agape and intention, in a calm, meditative state. It was not viewed as a chore, but rather a joyous occasion, like attending a play.

The Joys of Cooking Together

In Greek culture today, food and cooking continue to be a spiritual experience that is highly celebrated and respected. In Greece, many food rituals from ancient times also continue to be practiced, such as songs and dances performed while cooking, and the blessing of dishes.

In my family, mealtimes were always joyous occasions. Each ingredient was carefully purchased and respectfully handled and prepared. My aunt Stavroula would go to great lengths to prepare some of them, such as peeling the top layer of every mushroom, as she would argue that they were not clean enough to be eaten when simply wiped.

“We need to show respect toward the people eating them,” she would say. She would stir the pots in a meditative state, and sing to the ingredients with a soothing melody.

We would often have friends join in on the cooking. My auntie would gather her friends and together they would cook one or two dishes, such as spanakopita, and then distribute them equally so each person could take some home.

The filo was rolled with such precision and focus. While they were cooking, they would discuss their problems and their challenges, the good times and their fondest memories. There would be some tears shed, and lots of laughter.

In the kitchen, I witnessed their true selves—no gimmicks, no acting. Their true characters and personalities would come out, and I could experience their real emotions and connect to them and their stories.

These cooking sessions became bonding and healing experiences, where everybody went home better and more peaceful than when they had arrived.

Finding Health in the Kitchen

There was a time in my life when I suffered years of illnesses and regular hospital visits. This included cysts that needed to be removed from various parts of my body, depression, and ongoing weight issues. The doctors were unable to diagnose the cause of my health issues, and so I turned to ancient Greece for solutions.

I adopted the ancient Greek physician Hippocrates’ philosophy: “food is medicine,” and “medicine is woven into the stuff of the mind.” The kitchen became my sanctuary and my primary doctor.

I found cooking healing and therapeutic. It distracted me from my day-to-day problems and health issues, and helped me focus on the present, not future issues. Cooking my meals from scratch also allowed me more control over my physical health, because I was in control of the quality of the ingredients.

I would focus on the ingredients and notice the beauty of each one. I would smell them, taste them, look at them intensely, and ask them how they wanted to be cooked, so I could create something delicious and healing. I used all my senses of sight, sound, smell, touch, and taste. I tuned into my soul’s inner voice to learn to “know thyself,” as was inscribed in the Temple of Apollo at Delphi, for guidance when I was unsure of whether or not to combine certain ingredients, or whether or not they were right for me.

I would often play music in the background to set a calm environment, which helped prevent my mind from wandering off to unpleasant thoughts. Regardless, there were times when worry or a thought of a painful childhood memory would suddenly surface. I would briefly release my emotions by crying, and then quickly shift my mind back to the present, and focus on the cooking and how much I enjoyed it. The unpleasant thoughts would quickly disappear.

My time in the kitchen cooking, I believe, was one of the major reasons I was able to heal from my emotional and physical illnesses and lose the weight that I needed to.

Cooking can be therapy, if approached with love and harmony. Incorporate some cooking therapy in your life and see what results you reap.

The art of making pies is an integral part of Greece’s culinary tradition. There is a pie in Greece made from every vegetable you can think of, as well as pies with meats, poultry, and, of course, olives. Perhaps the most popular of all the Greek pies, however, is spanakopita (spinach pie). In Greece, it is often made with wild greens. I use baby spinach to give my spanakopita a sweet flavor.

Heat the olive oil in a frying pan over medium heat and cook the scallion and leek for 2 minutes until softened and the leek is golden. Transfer the mixture to a bowl and cool to room temperature.

Add the spinach to the pan and cook until wilted. Place the spinach in a colander with a bowl underneath, press it down with the back of a spoon, and let it drain and cool to room temperature.

Add the dill and crumbled feta to the leek and onion mixture and season with salt and pepper. Add the beaten eggs and mix until combined, then stir in the spinach.

Brush a baking dish with olive oil and line the base with two sheets of filo. Brush with olive oil. Continue layering and brushing the filo every second sheet until you have used 10 sheets of pastry, allowing some to hang over the sides (cover the remaining sheets with a tea towel to prevent them from drying out). Spoon the spinach mixture onto the filo base and smooth the surface with the back of the spoon.

Place a sheet of filo on top, then fold in the sides of the other filo sheets to completely cover the mixture; brush with olive oil. Continue layering and brushing the remaining sheets of filo, then push them down the side of the dish. Score the top layers of pastry into the desired number of pieces.

Sprinkle with a little water and bake for 45–50 minutes until the pastry is golden brown. Rest for 10 minutes before serving. This dish is also great the next day, served at room temperature.

Recipe reprinted with permission from “My Greek Family Table” by Maria Benardis.

Maria Benardis is a Gourmand Award-winning author, chef, motivational speaker, intuitive health and wellness coach, and founder of Greekalicious. Some content in this article has been taken with permission from her book/eBook “Cooking & Eating Wisdom for Better Health.” 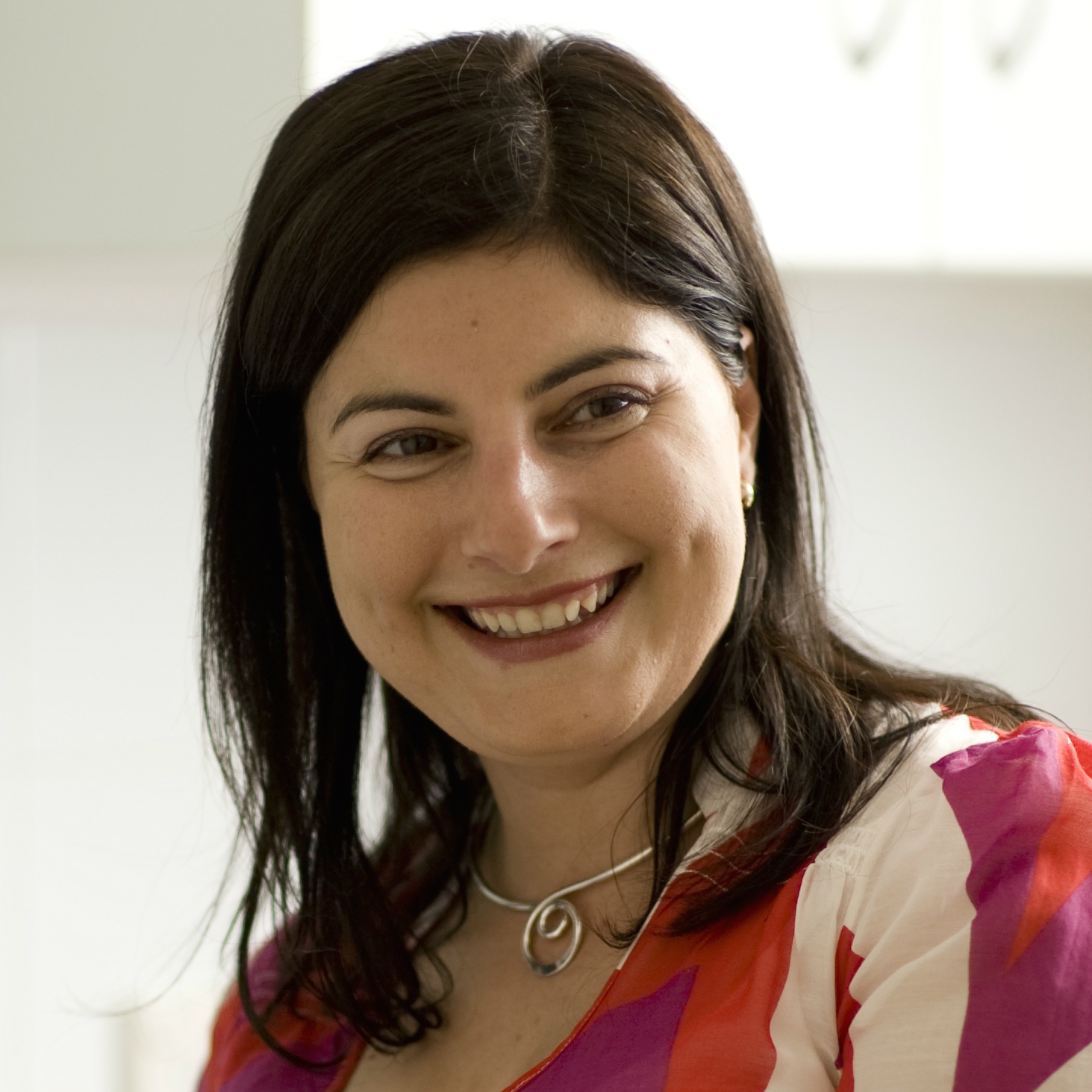