COO: Shen Yun Is ‘The Highest Level of Performance That I’ve Seen’ 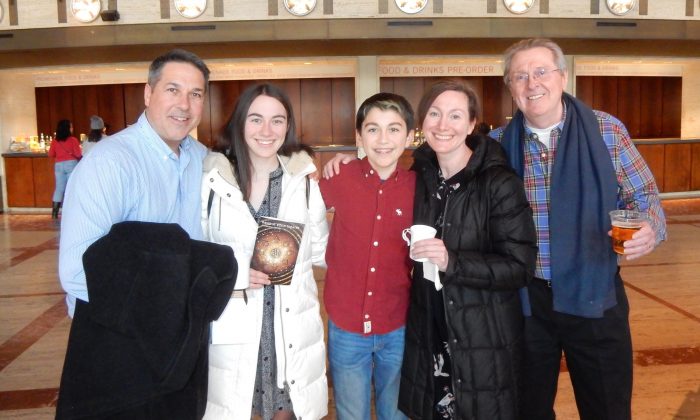 NEW YORK—Thomas Boyer thought his experience with Shen Yun Performing Arts was magical. He attended the matinee performance on Jan. 12 with his family at The David H. Koch Theater at Lincoln Center.

As the chief operating officer at Innovation, a New York-based technology company that creates solutions for pharmacy problems, Boyer leads a busy life. Prior to joining Innovation, he co-founded and served as president of the consulting firm, CL International. He said that being able to watch Shen Yun is an opportunity that should not be passed, even with a busy schedule.

“Make sure set some time aside and you won’t be disappointed,” he said.

Shen Yun is a premier dance and music performance that showcases China’s 5,000 semi-divine culture on stage. The company has six equal-sized groups that tour the globe and will perform this year in over 100 cities.

The New York-based company has a mission to revive a cultural treasure that was nearly lost under six decades of communist rule. The performance displays the inner spiritual core of China’s culture, which encompasses the virtues such as benevolence, kindness, and honor.

Boyer particularly enjoyed listening to the music, which he said was exhilarating.

“I think the music is fantastic. But the dancing is more than what you expect,” Boyer said.

Shen Yun performances are accompanied by a unique orchestra that blends Chinese and Western musical instruments to create a distinct sound. Chinese instruments like the erhu, pipa, and suona are featured in the orchestra.

Junyi Tan, one of Shen Yun’s composer, said in a previous interview that when composing the music he needs “to fully appraise how to best echo the local traits and flavor.”

“Bringing out the quintessence of each of these two great musical traditions, while at the same time presenting a unified theme is one of the distinct features of Shen Yun’s compositions,” he said.

“In arranging the music, I’m mostly employing Western arrangement techniques. But, at the same time, the composition and the feel of the melody must match the unique attributes of Chinese music.”

Each composition is carefully tailored to each of Shen Yun’s dances, something that Boyer appreciated very much.

“The synchronization of the music and the performance is very very unusual. I’d say it’s the highest level of performance that I’ve seen,” Boyer said.

With reporting by Wei Yong and Janita Kan.