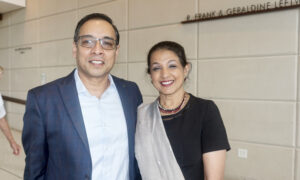 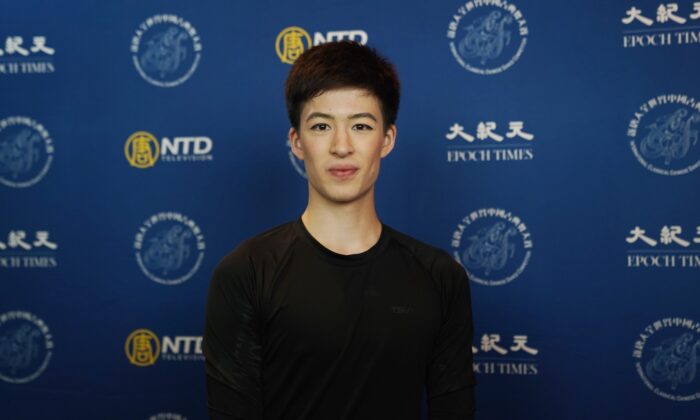 Jesse Browde has been on tour with Shen Yun Performing Arts, which brings the 5,000 years of Chinese civilization to stages everywhere in the world except China—but Sept. 4 was his first time performing solo on stage.

“I’m very nervous!” he said after he performed in the semifinal round of the NTD International Classical Chinese Dance competition.

Classical Chinese dance is a comprehensive dance system that was passed down through the imperial courts of ancient China, being refined with every dynasty. It has ties to martial arts, Peking opera, and folk traditions that developed alongside it over thousands of years. As dance is an art that had long been passed down from master to apprentice, much was lost when the communist regime took over and set its sights on destroying China’s cultural heritage.

For his solo piece, “Loyalty Amidst Corruption,” Browde portrayed the ancient Chinese general in the midst of battle.

He aimed to express the virtues of loyalty (“zhong”) and filial piety (“shao”) in his piece, two cornerstone principles in traditional Chinese culture.

Browde knows something about determination himself, as none of his dance journey has been easy going.

It’s a dance form that requires flexibility, and dancers who start stretching when they’re younger and have more flexible tendons have an easier time, Browde said. But he hadn’t envisioned a career as a dancer early on—he only came to it when he attended a boarding school with an extensive arts program and took a class in classical Chinese dance, which later turned into his major.

“I started later so it was a lot harder for me, very painful,” he said. After the stretching, you can execute the dance moves, but movement without culture still isn’t dance.

“I grew up in America, right? So I had no previous connection to this culture. So this past couple of years has just been me trying to learn more about Chinese culture, since the purpose of this competition is to spread 5,000 years of Chinese culture that was destroyed during the Cultural Revolution, so I first had to learn,” he said.

Through his study, he developed a wish to help revive this traditional culture and impart the goodness in it to others.

“It’s actually through your movements that you’re communicating to the audience, sending them a message through this dance,” Browde said.

“Chinese culture was bestowed to them by the divine, I believe that if your moral standard is not to a certain point, then you’re not going to be able to portray these values to the audience,” he said.

This is Browde’s first competition, and so far a valuable experience.

“There are a lot of veteran dancers and they have their own ‘yun wei,‘ it means almost like the flavor of your dance, and especially as a newer dancer it’s really hard to find,” Browde said.

Unlike ballet, another complete and comprehensive system of dance, this art form is not centered around form and precision.

Browde will be performing in the finals on Sept. 5.