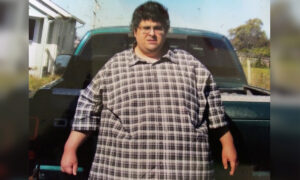 Contractions? No Problem. This New Mom Did Her Makeup to Distract Pain

Well, what else was there to do but to apply 35-shade eyeshadow palette, mink lashes, two pots full of brushes, and a skin contouring kit—all on your face—while waiting to deliver your baby?

Doesn’t sound like a typical woman going into labor for over ten hours, but Alaha Karimi—a 27-year-old woman from Long Island, New York—did just that.

Doing something I loved helped the time go by so much faster and made everything so much easier.
— Alaha Karimi

The internet went into a frenzy after the new mom shared her pre-labor pictures on her Instagram account.

The business consultant who also has her own professional makeup business on the side, “MakeupbyAlaha,” received some backlash from Instagram users, but the love that poured in on social media far outweighed the negative.

And makeup was the answer. Karimi called her husband to get her makeup bag.

“He’s been my number one supporter,” she said. “Even if I wanted to play soccer in labor, he would’ve been there supporting me.”

She also received support from doctors and nurses, that gave her the OK to do her makeup as well.

According to ABC News, it normally would take Karimi about 45 minutes to do a “full glam look.”  The day of her labor, it took her over three hours.

“I did my makeup in between my contractions,” she said. “I had to keep pausing whenever I’d get a contraction, and I had to catch my breath. But, honestly, doing something I loved helped the time go by so much faster and made everything so much easier.”

When asked any advice she would give to expecting mothers, Karimi said:

“I would tell expecting [mothers] to find a couple things you love to do and to bring that with you to the delivery room,” she said. “For me, I love makeup. It’s a way of expressing myself and it’s always been a passion of mine.”

Karimi thanked everyone for the “love” she’s received from her latest Instagram posts and ended the caption with a list of makeup products she used on her face.

Karimi gave birth to a baby girl named Sofia on the evening of Feb. 15.

Hello beautiful people, first off, thank you for the love on my latest instagram posts that featured me doing my makeup during labor. As promised, below is a FULL list of makeup details! I have received THOUSANDS of comments and messages as to what primer and setting spray I used and you will find all that down below. Love you guys and thank you for your endless support! 😘❤️ I now some were laughing because I said I only took “some of my favorite products” and as you can clearly see from the pics and the details below… It’s a ton of makeup! Lol however, this statement was based solely on the fact that I had SO much makeup to choose from and I narrowed it down to only my favorite things that I knew would hold up through all the tears and emotions! Product breakdown: @brian_champagne hydraplex serum to prep my face for a smooth finish @benefitcosmetics “porefessional” face primer and “stay don’t stray” eyeshadow primer @marcbeauty re(Marc)able foundation @lauramercier translucent setting powder to bake @lagirlcosmetics beautiful bronze and creamy beige proconceal to highlight and contour @anastasiabeverlyhills contour kit to set @motivescosmetics blush from the blush/bronzing duo @thebalm_cosmetics “Mary loumanizer” highlighter paired with @gerardcosmetics “star powder” highlighter in “Audrey” @toofaced “better than sex” WATERPROOF mascara (stayed intact through all the tears!) Huda beauty mink lashes in “Sophia” Morphebrushes 35O eyeshadow palette @sigmabeauty brilliant/spellbinding eyeshadow palette @eyekandycosmetics glitter in “candy coin” dabbed lightly on the lid using their “liquid sugar” @tartecosmetics “waterproof clay pot liner” (also stayed perfectly intact) for the wing as well as the waterline. @anastasiabeverlyhills dipbrow pomade in soft brown (completely smudge proof and water proof) @jeffreestarcosmetics liquid velour lipsticks in “celebrity skin” paired with @doseofcolors liquid lipstick in “sand” Tools are posted in the comments section: beauty blender, royallangnickel, luxie beauty, and Mikasa brushes