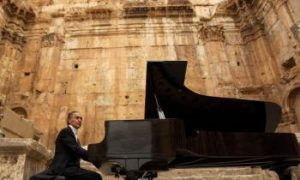 Nothing Flashy About This Concert Pianist
0 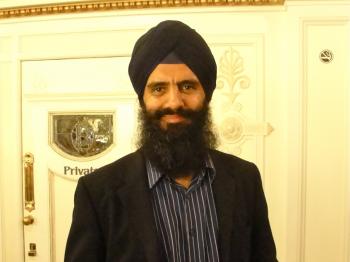 Inderpal Singh, an IT consultant, at The London Coliseum for Shen Yun Performing Arts, on April 7. (The Epoch Times)
Arts & Culture

By Epoch Times Staff
Print
LONDON—Shen Yun Performing Arts once again delighted the audience on its third night at the London Coliseum on Thursday, April 7th.

Among the audience was Inderpal Singh, an IT consultant, who was very pleased to have come to see the show.

"I just thought it was amazing, absolutely amazing. Firstly, what the human form can achieve! But also the wonderful kaleidoscopic culture," he said.

Mr. Singh was taken aback by the variety of Chinese culture: "All these different pieces, Mongolia, southwest China, it just showed there’s so much more to it."

"Coming from Indian culture, I just loved the way that these ancient dance moves and music has been kept alive and brought to the modern context—that was really, really powerful, not just emotionally, but also visually, and with the sound," said Mr. Singh.

Mr. Singh also appreciated the humour in the show. "It wasn’t just a dry thing of dancers going through their routines. It does seem that it has all been put together with a lot of thought."

Judy Wiles, a former ballerina and teacher at the Royal Ballet, was also present.

"Very impressed, very impressed. They all move as one, they all hear the music the same way. The musicality is wonderful," she said.

In addition to praising their technique, Ms. Wiles also praised the spirit of the dancers.

"You cannot get that standard of performance if it is just surface. They can feel the music and a love of dance comes over and that's the most important thing: a love of movement. It was wonderful. I wanted to be up there!