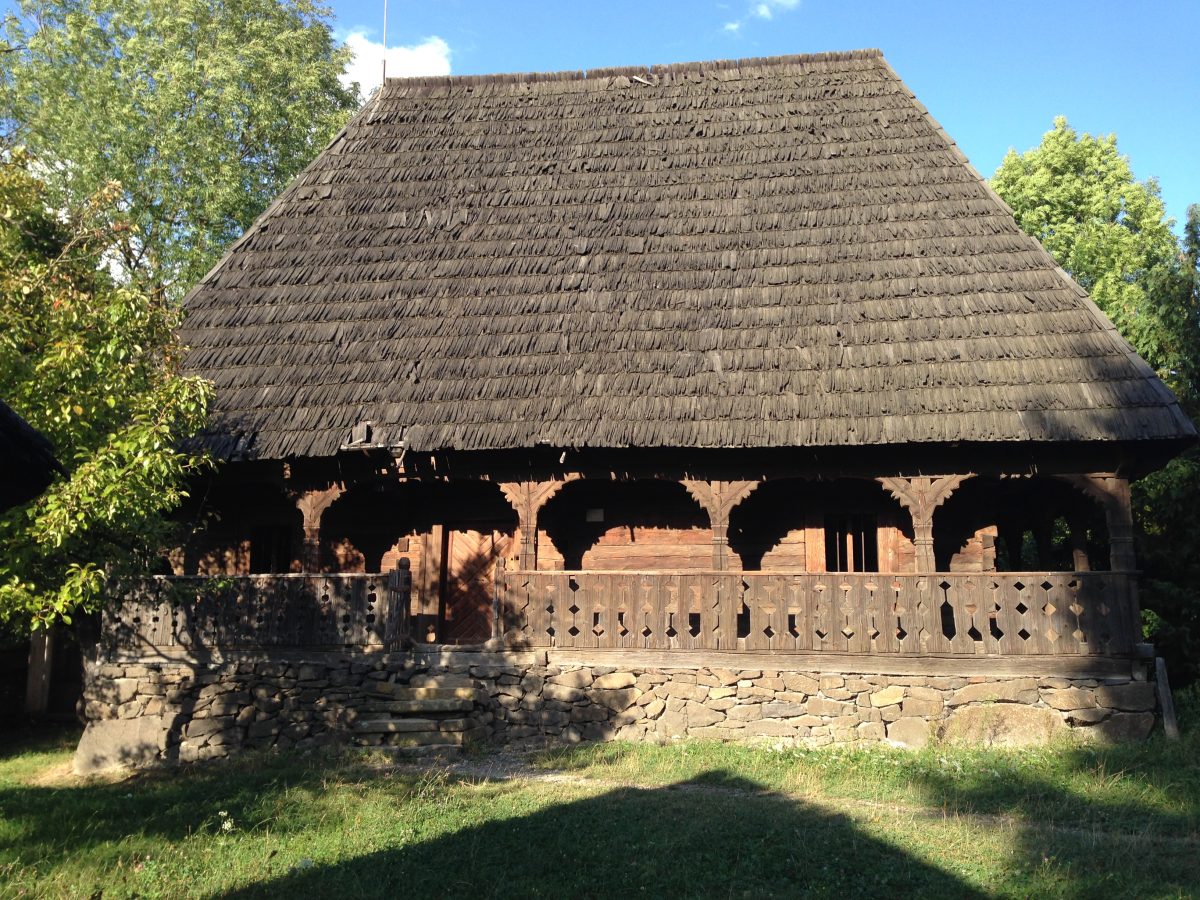 Connecting the Home With the Heart

SIGHETU MARMATIEI, Romania—Coming from the hustle and bustle of New York City that surreptitiously inculcates its inhabitants with a fast-paced terminator-like sensibility, it is both a rare and a shocking discovery to enter the quiet space of a Romanian peasant house.

It is rare, because these types of houses are rapidly disappearing in favor of modern techniques and designs and materials, and shocking, because despite its austerity, the space instantly evokes so many feelings of warmth, comfort, and beauty.

Many cultures have their own versions of a traditional house and perhaps not many have such a world-famous system of principles for establishing a good living space as the Chinese study of feng shui. But upon closer examination we might find that many traditional cultures share the common-sense principles that govern the establishment of a holistic living space.

On my recent visit to Romania’s rural regions in the north of the country I had a chance to experience traditional culture and feel again the wider connections between house and land, home and spirit.

It all starts with the ground, the earth. In Romanian the word for peasant or farmer, someone who works closely with the land is taran (pronounced tzaraan), a word that originates from the Latin word for the earth or soil—terra.

Authors on the subject of traditional Romanian life Ion Ghinoiu and Ofelia Vaduva write, in a similar vein as feng shui:

“[The worthy peasant knows] to frame the dwelling in the geographic scenery, to shield the house from wind to make sure that it is has a sunny aspect, optimize the distance between the place of rest and the place of work, the source of water, the road [and] use local building materials.” (The title of their paper, in Romanian, can be translated as “Tradition and Innovation in the Process of the Systematization of Rural Settlement”)

But the most important aspect of establishing a house and a home is the spiritual aspect. The connection between house and home becomes inseparable only when this spiritual link exists.

In the blog called “Romanian Treasure” (www.ro.tezaur-romanesc.ro) author Irina Bazon writes that rural civilization reflects a calm expression of the happiness for life. The harmony of the world would be intact as long as each individual took his rightful place as bestowed by the Creator, so that everything was an extension of the spiritual order.

The feeling of “everything in its right place” permeates the space of old rural houses. It requires no great effort to feel good and “at home” the moment you step into one.

In Romania’s northern region of Maramures, there are villages in the mountains where modernity hasn’t completely obliterated the old-style architecture.

But the best examples of rural homes can be seen in the museums of rural life. These are outdoors museums where the visitor can meander through a village setting and go inside houses that have been moved and restored, one wooden beam and one rock at a time. They are continuously maintained and even the surrounding garden and often an orchard is kept in the way that it would have been in its original village.

One such place is The Ethnographic Museum of Maramures. Most of the houses from the region are made out of wood with the outer walls left unrendered while indoors the walls have exposed wooden beams or are rendered with a mixture of straw and clay, which was whitewashed with lime. The floor is compacted soil. There are no sharp edges anywhere and there is an overwhelming sense of softness, well-being, and comfort. The space might feel a bit cramped for taller people but otherwise it is in perfect proportion to the human body.

Writes Bazon in her “The Spiritual and Social Value of the Peasant House”:

“Often, when we visit a museum dedicated to traditional man and his world, we have the impression that material objects—from simple tools to the peasant houses—have a “song” all their own, that speaks to us of the beauty and nobility of his soul, and of the special order and coherence into which he would fit in a natural and unassuming way, all but forgotten by the contemporary world.”

She goes on to explain that space for the Romanian peasant went beyond the physical. It had the quality of a spiritual embodiment; it was living proof of the spiritual, and not in an abstract way. Even the placement of the objects inside the house was carefully considered and not purely for utilitarian reasons but with a profound spiritual charge.

The most awe-inspiring and studied feature of the Maramures house is the gate.

Each household would erect a tall wooden gate sculpted with ancient symbols that sought to mark the area as a spiritual space that benefited from and maintained the divine order.

The artistic value of the gates comes from the decorative motifs and symbols that are imbued with a variety of complex and even esoteric meanings. Common symbols are rosettes, circles, and concentric circles representing the sun’s movements in the sky.

Another symbol is the morisca (pronounced “moureeshka”) spinning wheel or swastika—an ancient symbol dating back thousands of years and used extensively throughout Romania even before the Roman conquest when Romania was called Dacia.

The tree of life is represented as a pine tree and sometimes animal motifs like the dove, the snake, horse, or wolf fangs are used as powerful apotropaic symbols. The cross also appears as a Christian symbol.

But the most prominent symbol on the gates of Maramures is the spiraling twine, which, according to Bazon “expresses the aspiration to transcend, it is the link between the earth and the firmament. The concept of winding has the deeper significance of depicting the powerful force of benevolent energies winding upwards and clearing the way for the soul to reach its celestial target.”

Given Romania’s tumultuous 7,000-year-old history and the fact that many peasants didn’t actually own the land under the feudal system, it pays to imagine what it would have felt like to step into the small haven of the home.

In this space where one benefited and used the bounty of the earth, every object was also charged with potent reminders of one’s own transience and of the soul’s journey to reach its ultimate and true home.