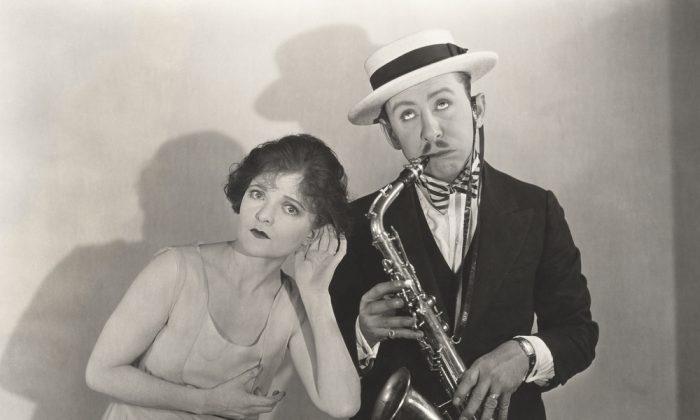 Confessions of a Tone-Deaf Music Professor

How’s this for a shock, horror headline: “Tone-deaf professor of Music at Liverpool University.” Can it be true? Well, up to a point, yes. It’s complex.

I’m head of music at Liverpool, but I honestly can’t pitch a note when I try to sing – and you certainly wouldn’t want me turning up on your doorstep belting out Christmas carols. When I was at school, a choir conductor once told me that I had a “voice like a cracked saucepan” (as they say in Hungary).

On the other hand, I certainly can discriminate pitches acutely when other people play or sing, or on recordings. And a reviewer of one of my books once wrote, I quote: “Spitzer is a consummate musician“.

So what’s going on? The fascinating thing is that being musical can take many forms. At a most spectacular level, I am amazed at people of all ages who can nail a note effortlessly, because they can imagine it in their head and then their brain tells the vocal folds in their larynx to adjust their length and tension to fine-tune a pitch. The result is the kind of crystal-clear, resonant tone you hear in choirboys at evensong.

And when it came to Florence Foster Jenkins, the infamous and much-loved “diva” from early 20th century New York, that fine tuning was hilariously awry.

But it’s not just a vocal ability. Gifted string-players – like my ten-year-old daughter – know instinctively where to place their fingers on the unfretted bridge of their violin or cello to produce that perfect note (guitar-players cheat because they have frets!). I say “instinctively”, but the thorny issue is indeed whether people are born with this gift, or whether it can be shaped through musical training.

There is evidence that tone-deafness, or congenital amusia, is genetic, and I probably inherited mine from my mother. But the line between musical nature and nurture is fuzzy. Even those singers who seem to nail a note are cheating a little. What really happens is this: the note they first sing may be out a bit; their ears pick this up very quickly and then their larynx adjusts the pitch accordingly, so they home in gradually on the correct note, ears and larynx working in perfect partnership.

These infinitesimal adjustments happen in micro-seconds, so it might seem to be instantaneous and “natural”. But it’s not; it unfolds in time. And it can be improved through practice, and training. The coordination of ear and larynx is just as much a learned skill as learning foot and hand control when driving a car.

I am also a bad driver and I can’t dance. But there are many specialist things I can do in the world of music, so please don’t revoke my Chair just yet. I am a decent pianist and can perform Beethoven and Chopin. I used to be a composer (definition of a composer: someone who hasn’t given up composition). My day job is music theorist and analyst, which is music’s version of literary critic or linguist in English.

I think and write about how composers (including pop artists such as Prince) create their works through the language of music. My skill set includes being able to silently read a musical score, just as we read a book without needing to vocalise each word (as used to be the practice in previous ages). I can “auralise” (yes, that’s a word) the score of a symphony, and imagine every note in my head like a cathedral of imaginary sound. I can then mentally navigate that cathedral and theorise how it was built. So I imagine music like a spatial object.

When I was a student, I used to pin pages of Beethoven piano sonatas up on my walls, where others had Athena posters. The music was both silent, and sonically beautiful to me. The best analogy I can think of is when that character in The Matrix tells Neo that they can see through bits of green computer code on the screen and visualise faces and actions.

I stress that this ability has nothing to do with mathematics and it’s not at all “abstract” in my experience. Once learned (and it is learned), the music on those pages is as sonically real to me as any performance. In sum, I am what you might call “a deep listener”.

I can’t prove this, but I even suspect that I’ve learned to do it because, not in spite of, my tone-deafness, as a kind of compensatory coping mechanism. That is, an appetite for the silent imaginary voices of music theory is earned through a capacity to murder the darlings of real, acoustically sounding notes.

If you’re too attached to the surface of sound, you won’t muscle through into the secret order of things. Anyway, all that is just speculation. I suppose, technically, I’m not fully “tone-deaf”, as the clinical account of congenital amusia is the disability to both hear and reproduce relative pitch – and I can hear perfectly well. The deficit comes with reproduction.

Although I am teased about my cracked voice by family and friends all the time, I don’t mind, because I am in good company. I say I can hear pitch, but my daughter never lets me tune her violin.

Michael Spitzer, Head of Music, University of Liverpool. This article was originally published on The Conversation. Read the original article.