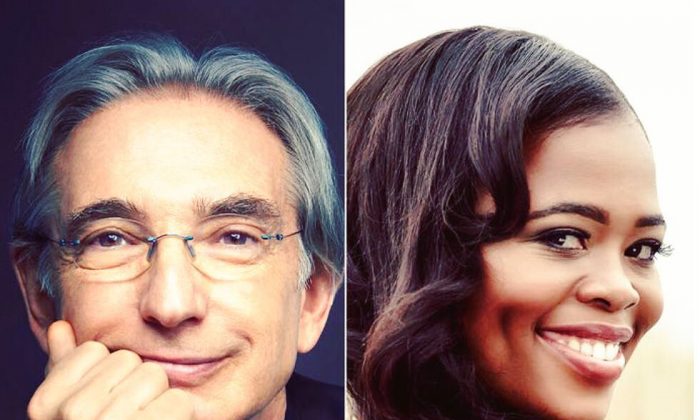 NEW YORK—The Metropolitan Orchestra has long been a world-class ensemble, and they give occasional non-operatic concerts to show off their talent.

The orchestra performed at Carnegie Hall on June 5 with the distinguished conductor Michael Tilson Thomas making his Met Orchestra debut. Soprano Pretty Yende was the soloist for two pieces.

The first work on the program was “Evocations” by Charles Ruggles (1876–1971). This was the least-known composition of the concert. Thomas, who is a champion of Ruggles’s oeuvre, explained that although Ruggles lived to be 95, he left only 12 works. He threw away his earlier compositions and spent years rewriting the others.

When the young conductor visited the elderly composer in the former schoolhouse where Ruggles lived, Thomas saw that there were scraps of paper with musical notations all over the residence. Ruggles would write on whatever was handy: envelopes, newspapers, and so on.

Thomas described the elderly recluse as “a seriously cantankerous Yankee,” who earned money by giving violin lessons in the small town.

Ruggles was pleased that a young conductor had enough interest in his music to travel to the remote area of New England where he lived. In fact, though Ruggles was not well-known to the public, a number of important composers visited from time to time, including Charles Ives and Edgar Varèse.

After this fascinating introduction by Thomas, the orchestra played the 12-minute “Evocations” (composed from 1937 to 1943). Ruggles originally wrote it for solo piano and later orchestrated it.

The short work, excellently played by the orchestra, which had never performed it before, was impressive, ranging from romantic to stately, creating swift changes of mood with a minimum of notes. Some audience members may have come with doubts about a modern piece with which they were unfamiliar, but “Evocations” turned out to be compelling, with the orchestra under Thomas rising to the occasion.

With the second work on the program, the program shifted from an interesting elderly iconoclast to a teenaged genius: Wolfgang Amadeus Mozart. “Exsultate, Jubilate” K.165 (“Rejoice, Be Glad”) is one of the happiest religious works ever written.

The second half of the concert was Gustav Mahler’s Symphony No.  4 in G Major. The joy of Mozart’s “Exsultate, Jubilate” is not found in Mahler’s work. As one might expect from the composer of “Kindertotenlieder” (“Songs on the Death of Children”), his mood tends toward the gloomy. However, his Fourth Symphony begins with the Christmas-evoking sound of sleigh bells and ends with a soothing lullaby sung with true feeling by Yende. If Mozart’s piece was an exhilarating flight to the heavens, the Mahler was like a warm blanket on a cold winter night.

Thomas showed why he is considered one of the leading conductors of Mahler’s music, and Yende again won over the audience, ending with another standing ovation for the soloist and orchestra.

In the coming season at the Metropolitan Opera, Pretty Yende will star at the Met as Leïla in “Les Pêcheurs de Perles” (“The Pearl Fishers”) and Marie in “La Fille du Régiment” (“The Daughter of the Regiment”).

Upcoming events of interest at Carnegie Hall include a Gala (The Stage of Legends) on June 13, in which there is music and dinner to support a worthy cause; Nagauta Shamisen Concert (Japanese Traditional Music) on June 19 at the Weill Recital Hall; and New York Lyric Opera Theatre’s “Love, Passion, and Betrayal” concert on June 28.

Go to CarnegieHall.org for the full schedule, which includes some terrific free concerts by jazz pianist/composer Fred Hersch (with young musicians) on June 14, and salsa star Johnny Colon on June 16 at 4 p.m. at El Museo del Barrio.