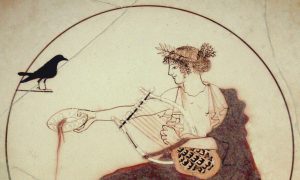 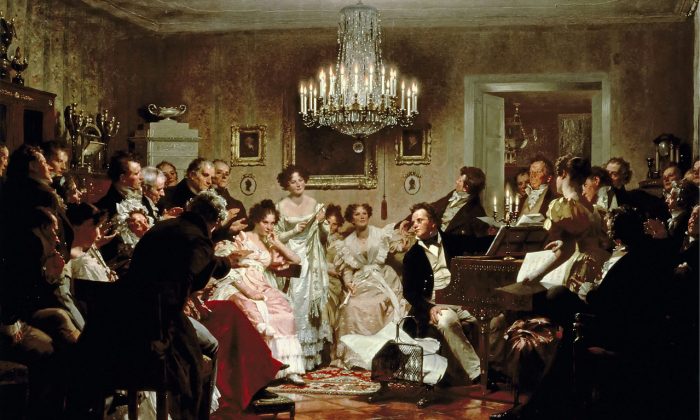 Composers Are Under No Threat From Artificial Intelligence

A look at Huawei’s finished Schubert symphony
By The Conversation

Chinese technology company Huawei has not had particularly good press recently. Countries including Australia have excluded it from construction of a 5G network, while the U.S. Justice Department recently laid criminal charges against the firm and its chief financial officer.

It is understandable that in the midst of such woes, one might turn toward something harmless like classical music to wallow in sophisticated creativity, cultural tradition, and human mystery.

In time for the Year of the Pig, Huawei recently presented a completion of Franz Schubert’s “Unfinished Symphony” in performance at London’s Cadogan Hall. It was accomplished by “pairing technological innovations of Huawei’s artificial intelligence” from its smartphone with the human expertise of film composer Lucas Cantor.

What was the division of labor here? The company’s website, where you can now hear the music, explains that the smartphone “listened to the first two movements of Schubert’s Symphony … analyzed the key musical elements that make it so incredible, then generated the melody for the missing third and fourth movement from its analysis.” The composer Lucas Cantor selected and orchestrated the melodic offering. His role was to “draw out the good ideas from Artificial Intelligence (AI) and fill in the gaps where necessary.”

Cantor describes his experience of composing with AI as having a tireless collaborator, who never runs out of ideas and does not become cranky.

Why did Huawei take on a symphony that was left (perhaps intentionally) incomplete by a composer who famously sought a better world through music, notably after a severe syphilitic infection in the months after its composition? According to Huawei’s president of consumer business, Walter Ji, Huawei’s intent is “to make the world a better place for people.”

We know that Schubert succeeded, but does Huawei’s experiment reflect this lofty rhetoric? Those with ears to hear can listen to the experiment on the website: Consumer.Huawei.com

Actually, it is somewhat surprising that the third and fourth movements are entirely by Cantor and the Huawei smartphone, as Schubert left some sketches for the third movement that other composers have respected in their completions in the past. Maybe the smartphone did not have phone contacts to Schubert scholars?

Be that as it may, the greatest issue seems to me that these movements sound only a little like Schubert and a lot like film music. Allusions to Wagnerian harmonic suspensions and a clichéd orchestration do not make it easy to be otherwise.

Where Schubert’s first two movements seek voice in an intimate, personal, and tragic lyricism, reflecting an internal, subjective dialogue, the final two movements transform the symphony’s identity with pretentiously epic and dramatic elements. The grandiose ending of the fourth movement is entirely unsuited to the uncertain and haunting starting point of the first movement.

The final two movements communicate profound ignorance of autonomous art or artistic development. Grafted to provoke acclaim and applause, they are impression management at its worst.

The completed movements are trivial and achieve ultimately a loose and inauthentic family resemblance to Schubert. This is despite their rehashing material of the first two movements, which appears courtesy of the smartphone in melodic snippets and reduces Schubertian features to clichés. (His repetitive string accompaniment, for instance, lends a characteristic searching dynamic to the first movement, but seems out of place in the others.)

The formally weak, rhapsodic structure especially cannot really sustain interest. It demands an external narrative to illustrate. To be sure, the music is no worse than the slush that is poured over TV’s historical soap operas.

So, what do we learn then about music and artificial intelligence? Most importantly: The composition of music is a unique human achievement, and no mere constructive process that cobbles together a pre-given, flat pack of ideas. Unlike modular kitchens, symphonies intimately link material and form as they come to life and evolve together.

At the beginning of any musical composition is the intuition of voice or spirit.

When the two movements by Schubert were first performed in 1865, 37 years after his death, the Viennese music critic Eduard Hanslick heard this spirit:

When after several introductory bars, the clarinet and oboe in unison strike up their sweet song over the quiet murmur of the violins, then every child knows the composer, and the half-suppressed exclamation “Schubert” passes whispered through the hall.

In the unity of musical form and material, the composer articulates spirit. Hanslick refers to this as “character.” It seems that character is entirely lacking from Huawei’s experiment.

Without character, we have no authentic humanity. How could flattening of spirit ever make the world a better place?

Goetz Richter is an associate professor of violin with the Sydney Conservatorium of Music at the University of Sydney in Australia. This article was first published on The Conversion.