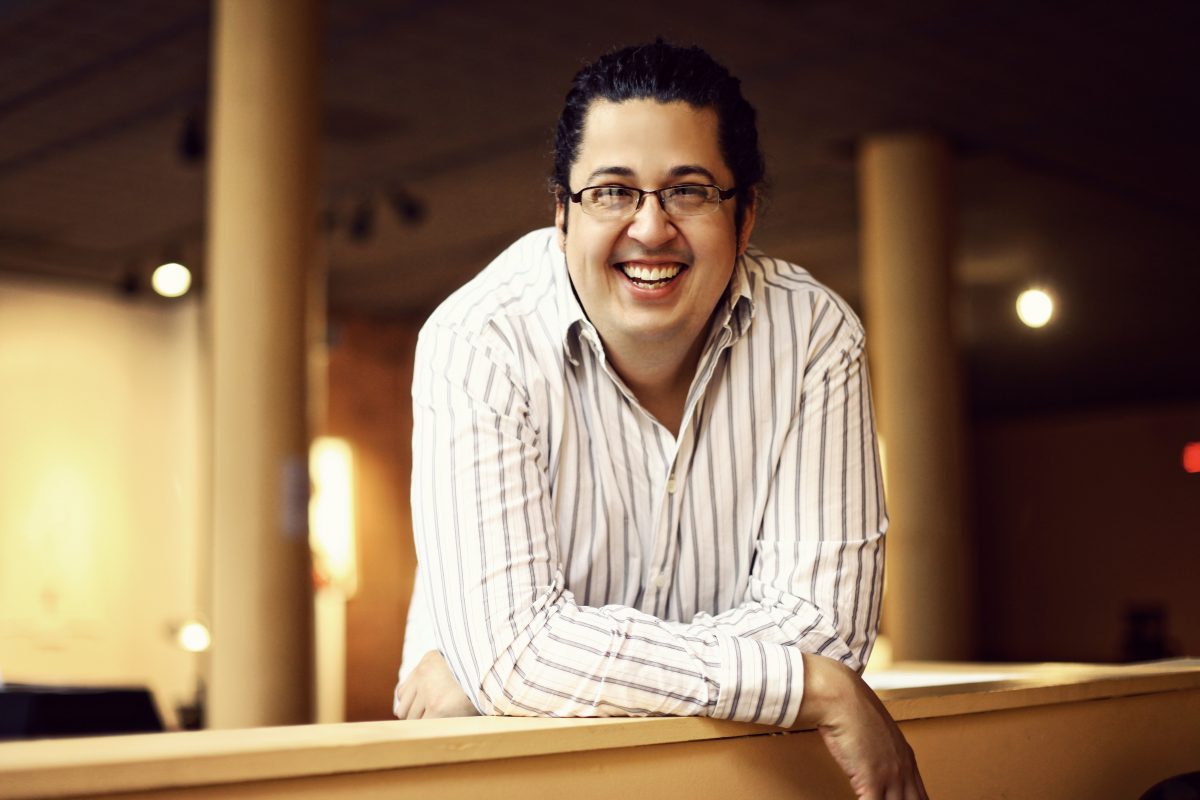 For young classical musician and composer Sean Neukom, the classical composers of the past are most important for their legacy as visionaries. The greatest classical composers pushed human consciousness forward, and he believes that musicians today should want to emulate them.

What the great composers of the past were able to achieve is astounding. “Without the technologies we now have, without the audio recordings, without marketing (as a thing unto itself), they pushed human consciousness,” he said in the phone interview on Aug. 20, 2015.

People were forced to find a language in order to talk about the work of these composers. Music theory, “always a retrospective study,” he says, developed afterward in response to what the musicians had already achieved.

Neukom has spent a good deal of time thinking about classical music. Born into a family of musicians, he and his brother Jason began playing violin at 3 and 4 years of age, respectively. Their father instructed them through their high school years, shaping their love and approach to music.

He continued his violin studies at Minot State University, and then after deciding to pursue an orchestral career, he obtained his master’s degree in violin performance at the Cleveland Institute of Music.

We can listen to Mozart today “and it can pull up the same sentiments for us as for those listening when it was written.” Thus, it’s important to hear the music, just in and of itself, because we can still pull something meaningful from it, Neukom said.

Part of the meaning we get is derived from that fact that classical music of the past centered on one key. However much it wandered, it returned home to that key, which established an understandable pattern for the listener.

People cannot relate in the same way to contemporary classical music, however. It’s not because classics of the past “were simpler or less convoluted,” Neukom said, but they emerged from a narrower range of circumstances that gave them definition.

“A composer writing in 1780 has one key center to think about; one, maybe two performances to consider, a local audience at hand, and perhaps 100 years of music that had come before that he and his audience might know.

“A composer writing in 1850 has a general key center plus secondary key centers to consider, maybe various performances in different countries for a larger demographic, and almost 200 years of great music to follow.

All these possibilities complicate the listeners’ experience and typically leave them without their musical expectations being fulfilled—they cannot hear a pattern in many contemporary compositions and thus find it difficult to digest.

For Neukom, it is important that composers today remain in close touch with the past. Composers of the past gave us a lot of musical ideas to explore, and if “we don’t look back we miss the treasure trove that the past genius has for us,” he said.

This should not be a difficult task. In theory, a solid education for today’s composers would involve recreational listening and serious playing of the classic repertory at a high level, in addition to compositional studies.

In the past, composers were virtuosic in one (if not multiple instruments), they conducted, and they composed. Players who sat and practiced the works of previous masters for 20 years would bring that background with them to their own compositions and to the development of musical ideas.

A solid education for today’s composers would involve recreational listening and serious playing of the classic repertory at a high level, in addition to compositional studies.

Yet many music programs today compartmentalize training. Performers are trained to perform and composers are trained in theory. At 18 years of age, when musicians decide on their course of study, prospective composers study theory and composition rather than sit in an orchestra and play. So the past has less importance for them.

“Classical music entails three essential elements: someone to compose and write it down, someone to read it and interpret, and someone to listen. Someone engaging in all three of these elements has the potential to approach music with a depth of understanding that might be lost if one were only ever to engage in two of the elements.

“Writing for a string quartet having never played chamber music at a specific level is similar to cooking a gourmet meal after years of only smelling such spreads. Of course approach, understanding, and product is going to be different for a performing violinist writing for the violin as opposed to a very skilled, learned engineer, who understands the technical elements available for the instrument, writing for the violin,” he wrote.

Thus, new music can best challenge people when approached with an innate understanding of music of the past.

‘Places for It to Go’

Taking the past as groundwork for the present is not to say that musicians can out-compose their predecessors. Neukom believes that we cannot write better symphonies than Beethoven did, but composers can still push listeners beyond their current levels of understanding.

Classical music, string music, can still grow. “There are places for it to go,” Neukom said. For a composer today, past classical music can and should function “as a philosophic basis to hint at or give insights as to where one can travel.”

“Classical music of today can continue to expose uncharted sentiments, angles of humanity, and auditory colors. As has always been the case, listeners have the opportunity to travel and reflect on these paths. (Paths arrived at only through music.) This reflection may generate new language and perhaps even increase our awareness of consciousness. Listeners, of course, can choose to simply experience these exposed paths, and in doing this have their lives wholly enriched,” Neukom wrote.

Taking up where composers of the past left off, new music can offer an imperative for the future. “Artists should want to do that today,” he said.

His composition Solo Violin Sonata No. 5, performed by the concertmaster of Dayton Philharmonic, Jessica Calligan, will air on WDPR on Sept. 12  at 10 a.m. EST, with live streaming on www.dpr.org