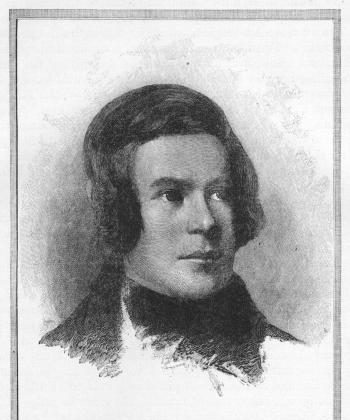 The music of German romantic composer and prominent music critic Robert Schumann still thrills audiences two centuries after his birth. In order to commemorate this anniversary, Zwickau, his hometown, has organized a whole year of special events.

Celebrations will start with an international conference accompanied by a series of concerts from Jan. 21-24. Both original and premiere performances will be highlighted.

Later, June 4-12, the annual Schumann festival will take place. It will feature a premiere performance of Schumann’s only opera Genoveva, a festive concert under the baton of Daniel Barenboim, and a gala concert by the Central German Broadcasting System (MDR) with Hélène Grimaud on piano.

For those who would like to reminisce about Schumann’s remarkable personality, the Kunstsammlungen Museum offers an exhibition Aug. 15-Oct. 31, titled “Since I First Saw Him—Reflections on Robert Schumann in Art.“

The Zwickau Robert Schumann Prize has been awarded every year since 1964 by the city mayor. Usually the ceremony takes place on June 8, the composer’s birthday. The prize is given to musicians, conductors, and musicologists who have contributed to promoting Schumann’s works.

Founded in 1956, the International Robert Schumann Contest for Pianists and Singers is a reputable world-class event and a member of the World Federation of Musical Competitions with headquarters in Geneva. The contest is organized every four years (although the last one was held in 2008). Many renowned pianists and singers launched their careers after winning this contest.

Schumann was well-known for his lieder (songs) and followed Franz Schubert in this regard. In order to celebrate this great legacy, Zwickau, in cooperation with the Westsächsischer Chorverband e. V. (West Saxony Choral Association) has organized the International Robert Schumann Choral Competition. The tradition of the competition started in 1992 and is also held every four years. During the time of the contest, Zwickau transforms into a city of singers, as choirs from all over the world come to participate.

Children and childhood emotions are an important part of Schumann’s compositions. His Kinderszenen, Op. 15 (1838) paints glorious miniature pictures of the life of children and is one of his most famous piano works. The Junior Schumann Competition is dedicated especially to young talent, giving them the opportunity to display their abilities. The competition is supported by the Robert Schumann Conservatory and the Robert Schumann Society, based in Zwickau. Youths between 10 and 19 years of age match their skills in three age categories. The best among them receive special prizes from the Society.

The program is rounded out by numerous open-air concerts, a movie festival, and an international sculpture symposium, among many other events.

In fact, the tradition of celebrating Schumann, considered one of the greatest composers of all time, started while he was still alive. The first Schumann festival was held in 1847 when the composer himself conducted his Second Symphony and composed a choral work especially for the occasion.

Since then, the events bear the name Zwickauer Musiktage (Zwickau Music Days) and bring his admirers together every year. Schumann himself came up with the idea of holding such a festival, proposing “large general festivals” as a “sign of love for the most sublime works of music.”

The Remarkable Life of Robert Schumann

During the whole of his short life, only 46 years, Robert Schumann experienced many ups and downs in his health, his emotions, and his career.

From a very young age he demonstrated a strong inclination toward music but was repeatedly diverted from the music world—despite early lessons in piano which his father promoted. Robert had to study law at the university after his beloved father died.

But his love for music showed up again when, instead of attending university lectures, he started to attend cultural events in Leipzig. With his mother’s approval, young Robert left legal education and started to take lessons from the outstanding piano teacher Friedrich Wieck, whose daughter Clara was an accomplished pianist. Schumann strove to become a virtuoso pianist as well, but a self-inflicted trauma on one of his fingers prevented him from fulfilling this dream. Thereafter, he focused on composing.

Schumann composed many music pieces which revolved around the theme of "childhood." He is famous for his piano works and lieder, and also created pieces for instruments, orchestra, chamber music, and opera.

Clara, who became Robert’s wife in 1840, spurred jealousy and anger in the composer because of her great talent, but she helped promote his works in her concert tours throughout Europe and Russia. Mother of their eight children, she witnessed his quickly deteriorating health, marked with periodic depression and physical crises.

Schumann was also a great musical critic and championed Chopin, Schubert, Beethoven, and Mozart in his magazine.

Johannes Brahms, a young lad at the time, was first discovered by Robert Schumann. As Editor-in-Chief of the popular magazine Neue Zeitschrift, he proclaimed Brahms as “genius.”

After sporadic bursts of compositional activity intercepted by health crises, he ended up in a psychiatric asylum in 1856, institutionalized on his own initiative.

Despite his short life Robert Schumann is deemed one of the most notable composers of the Romantic era and a splendid critic of music.

Robert Schumann's fans in the United States can enjoy the anniversary of the great composer  by attending the open choral rehearsal by the Neponset Choral Society on Jan. 18 at St. Mark's Episcopal Church, Foxborough, Massachusetts. The concert will feature Robert Schumann's Zigeunerleben (Gypsy's Life), among others.