Company VP Believes Most Chinese Would Celebrate Shen Yun, If They Could See It 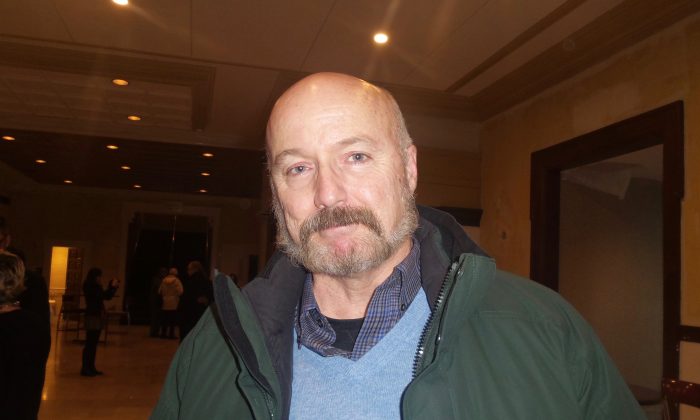 RALEIGH, N.C.—Robert St. Claire was expecting to see the beautiful artistry that Shen Yun Performing Arts is renowned for. However, he had not expected he’d be so deeply moved by New York-based Shen Yun’s mission.

“It was actually very much a surprise for me because I expected the beautiful artistry, but I think the greater part of the show is the message,” he said on Jan. 23 at Duke Energy Center for the Performing Arts. Mr. St. Claire is a vice president of chemistry for a drug company in Research Triangle Park, N.C.

“I think it’s very important that you have this show so that the people understand the 5,000 [years of] history of one of the greatest civilizations that has ever been,” he said.

As a son of a naval aviator who fought in the Korean War and saw first hand the effects of communism, Mr. St. Claire said the dance “Monks and the Red Guards” brought back memories for him. This piece portrayed a time in China’s history where millennia of civilization were nearly wiped out during the Cultural Revolution under communist rule.

Mr. St. Claire said his father, “as an eyewitness, taught me, his son, and I feel that a lot of history that occurred in the 1940s, 1950s, and the 1960s, the current generation of Americans do not know this history.”

“So it’s the message that you present that moved me as much as the performance, because I love history, and I love the culture and the civilization,” he said.

One of these moving pieces was a story-based dance that showed practitioners of the Falun Dafa meditation practice who are being persecuted for their freedom of belief in today’s China.

“We do not comprehend, in this day and age where people are so used to taking everything themselves and having unlimited choices, that there are a billion people who do not have these choices, and these are educated people,” he said.

He added, “and many people in America, it’s not that they don’t care, they just don’t know.”

Mr. St. Claire also spoke about the common bond of the divine among all human beings.

“It’s a very important thing for a Westerner to understand that as a human being, you appreciate the divine. We have a common bond but our culture is different,” he said.

The divine is something that transcends religions, he said, but also common across cultures is something that seeks to block people from connecting with the divine. Thus, he felt Shen Yun’s ability to present a divine message was powerful.

“I applaud [Shen Yun] and I’m very excited that you have this vehicle through beautiful artistry and history, but you also communicate a message,” he said.

He hopes that Shen Yun will be able to truly spark everybody, especially Westerners and Americans, to take interest in and study traditional history and culture.

He concluded, “I would say, first and foremost, you can come to this show, and enjoy the artistry and performances all by itself, but you also get the opportunity to learn history at the same time, and may not even be realizing you’re learning it.”

He was also thinking about the people in China.

“I, as a Westerner, have to believe, that most Chinese [in China] would celebrate this presentation, if they could see it,” he said.