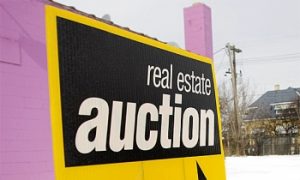 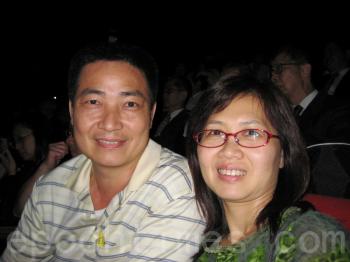 By Epoch Times Staff
Print
TAIPEI, Taiwan–Tickets for the Shen Yun shows in Taipei had sold out in early April, so Shen Yun Performing Arts International Company returned to Taipei and performed three additional shows at the National Dr. Sun Yat-Sen Memorial Hall from April 19 to April 21. Mr. Wu, President of the Cheng-Tai Hardware Company, was one of those who took the opportunity to see the last Shen Yun show in Taipei for 2010, on the evening of April 21.

Mr. Wu had learned about Shen Yun Performing Arts, who are based in New York, from a friend. He was delighted to learn that Shen Yun would return to Taipei, so he booked tickets as soon as they went on sale. After seeing the show, he was full of praise: "This is indeed a remarkable performance. The backdrops and the performers are the best in the world, and the costumes are very creative, elegant and exquisite.”

Mr. Wu's wife echoed the same sentiments: "The performance is really great, and the movements are very beautiful and in great unison. We can tell they wold have gone through rigorous training over a long period of time.”

Commenting on the female’s gracefulness and elegance demonstrated in the program Ladies of the Tang Palace, and the male’s strength and majesty shown in the program Recalling the Great Qin, Mr. Wu said the performers' demeanor could become a role model for males and females. He noted, "The males are macho and strong, while the females are gentle and graceful. This is really great."

As Shen Yun’s objective is to revive the authentic divinely-imparted Chinese culture, almost lost under decades of communist rule, Mr. Wu acclaimed that Shen Yun would have a positive impact on society. He added, "Its connotations of the spirit of allegiance, filial piety, integrity and justice are very inspiring. As society today is not so good, if people are able to see Shen Yun, then I believe the intrinsic compassion in everyone’s hearts can be inspired. By doing so, people's lives, in general, can be improved.”