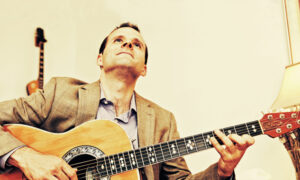 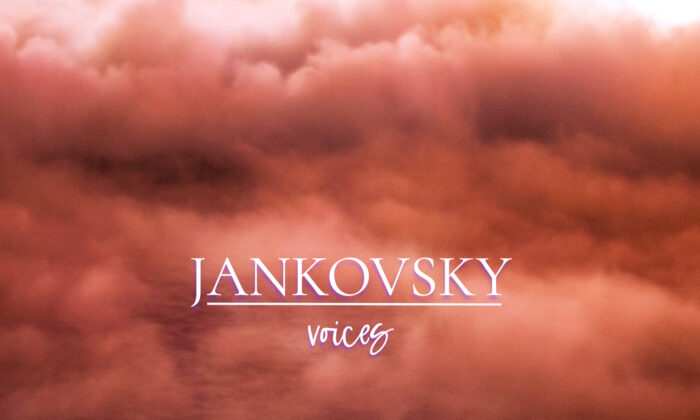 A new song dedicated to the victims of unprecedented persecution of faith under the Chinese Communist Party (CCP) honors the perseverance of these spiritual believers and highlights the regime’s crimes against humanity.

“Voices” is the debut solo album by Jankovsky, a daring music producer fresh out of Abbey Road Institute in London and former drummer for Ebony Bones. The thought-provoking lyrics are co-written by Vic May, an emerging British pop artist and songwriter.

“‘Voices’ are the voices of those we cannot hear,” Jankovsky, 33, told The Epoch Times. “The song talks about the importance of knowing the truth and remembering that evil cannot touch your heart if your faith is strong.

“Communism is a cult, a form of perverted religion that has a tremendous impact on human thinking and can justify committing all types of crimes in the name of their ideology. People should pay attention to these issues because they are a serious threat to our fundamental principles of freedom and human rights in general. For me, the CCP is the opposite of freedom.”

Songwriter May added: “China isn’t an isolated country. The CCP has invested in businesses, universities, schools, and governments globally. If we don’t stand up for these innocent victims, it inevitably will affect all of us.”

The almost six-minute song talks about “the true nature of the CCP” and draws inspiration from the life story of the woman who features in the animated film, “Up We Soar.” The video begins with the hard-hitting message of how “life can be misleading when you don’t call for the truth.”

In the film, we see that while endeavoring to honor her faith, the resilient woman—an imprisoned teacher who believed in the universal principles of “truthfulness, compassion, and tolerance”—endured torture for seven years; the persecution deprived her little daughter of any motherly care. Facing endless abuse while being incarcerated along with murderers, drug dealers, and other criminal inmates, the woman remained steadfast in her faith and continued to be courageous in the darkest of times.

“It’s so important for people to know about the persecution,” May said. “Not just because freedom of belief is a fundamental human right, not just because the scale of the persecution is so huge and so horrendous, but also because ‘truthfulness, compassion, and tolerance’ are universal principles and should belong to all of us.”

Jankovsky added: “We should value our traditions and not abandon the past when it comes to moral values. I believe this will help us become better in the long run.”

Jankovsky says his own family had lived through the impacts of a totalitarian reign firsthand. He was born in the small town of Tartu in the northern European country of Estonia, and then moved to the capital city Tallinn.

“My family experienced the collapse of the Soviet Union in the 1990s, as a result, they—among more than 20 million Russians—migrated to neighboring countries in search of a safer and more stable future,” he said.

“In Estonia, there were many people who fell under the brutal rule of the Soviet regime and were deported to labor camps in Siberia, a lot of them were educated professionals, academics, military personnel. Many suffered under the communist dictatorship.”

His great-grandparents lived during the days of Joseph Stalin and Vladimir Lenin. Reflecting back on the historical legacy of the socialist-communist era, he says that one can now see “it was one big propaganda machine that cut people off from common sense and made them act extremely fanatical.”

Jankovsky, who is currently working at a local radio station in Estonia as a music producer and sound engineer, credits his parents and family traditions for his natural talent; his mother studied classical piano as a teenager, and his dad played guitar. Raised in a family with musical roots, he seamlessly inherited the love and passion for music.

With his natural sense of music, he dreamed of playing in a band. After attending music school and studying drumming, the then-teenager attended a university to learn orchestral conducting. At the age of 16, Jankovsky joined his first band. Within the next five years, the group bought a one-way ticket to London in the hope of a better future.

However, when things fell through, Jankovsky joined a famous Afrobeat electronic band that allowed him to tour the world and perform on foreign stages in countries such as Russia, the United States, Europe, Australia, and New Zealand, gaining invaluable experience. After graduating from Abbey Road Institute in London in 2019 and becoming a qualified music producer and sound engineer, he returned to his home country.

In a challenge to express creatively and write something original whilst practicing composition, sound design, production, and mixing skills, Jankovsky’s first solo album “Voices” was born.

“I wanted to boil the whole thing down to some principle which I could refer to and feel connected to,” he said. “What got me inspired aside from coming back home to Estonia after 10 years of living in London was Falun Gong.”

Falun Gong, also known as Falun Dafa, is a spiritual practice that has been violently persecuted in China since July 20, 1999. It comprises five meditative exercises and moral teachings based on “truthfulness, compassion, tolerance.” In the last 22 years of persecution, tens of thousands of Falun Gong practitioners have been unlawfully imprisoned, persecuted, and even tortured to death by the CCP.

Jankovsky, who began practicing the peaceful meditation system just a year ago, in 2020, said that the first time he heard of the persecution, it just “didn’t make any sense” to him.

“In Europe and around the world, you can practice any faith you want, let alone be imprisoned or tortured for it,” he said. “The actions of the Chinese Communist Party send a clear signal to the world that they do not tolerate humanity, that they are acting contrary to the very principle of human rights and freedom.

“This is an iron dome of fear, and I know this firsthand because my family grew up during the time of socialism in Soviet Russia.”

Jankovsky and May believe that the world needs to become aware of and stand up against the ongoing persecution of faith as “people in China do not have the ability to deal with it on their own.”

“People living under that regime really have to seek truth and look outside of what the CCP says,” May said. “It’s not easy for them as they are indoctrinated by their government from a very young age.”

With the CCP’s ideological propaganda penetrating all sections of society, and due to the Great Firewall that blocks factual and truthful information from overseas, Jankovsky stresses that it is important for people in Western countries to take a stand by signing petitions to help put an end to communism and by raising awareness about its crimes against humanity.

“There is a moral standard here, namely: you cannot persecute and kill people who practice meditation, let alone sell their organs, this is simply wrong,” he said. “Firm faith in the universal principles of ‘truthfulness, compassion, tolerance’ can develop great compassion and kindness towards each other, and it will be apparent that we must not put up with such injustice.”

“Voices” is a collective effort in spreading facts about what happened in China on July 20th, 1999.

“Falun Gong is currently taking a big hit to reveal the true nature of the CCP. This is a very dreadful experience for many people in these camps right now, so we have to do something about it immediately,” he concluded.

You can watch the full song video here.