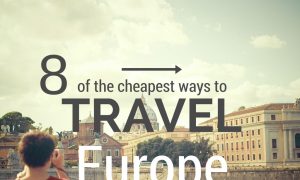 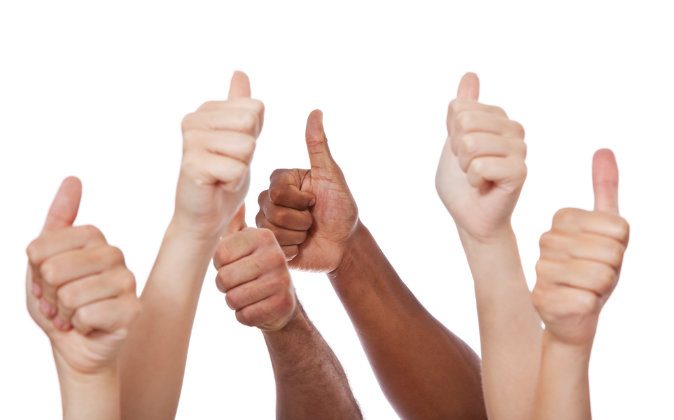 Common Gestures in One Place, but Offensive Elsewhere

As I was researching for my last post, Important Words, Phrases, and Gestures to Know When Traveling, I was surprised at the numerous gestures throughout the world that may be complimentary in one location but misconstrued as offensive in the next. As an American, I had been fairly ignorant at just how many of the bodily gestures I might find acceptable could be insulting to others.

And as a frequent traveler, I don’t want to be the bad tourist and disrespect anyone in their own land when I travel there, so I figured I’d write this article, and I’d open my own eyes as I go along. Especially as a New Yorker, who is fortunate enough to share his city with representatives of virtually every culture on earth, I hope to be as respectful as I can be, even on my own turf. Though there are a thousand and one other gestures that can be offensive in one country or another, these are the ones that can have both good and bad interpretations.

The “Finger” – Arguably the most notorious and universally recognized of the world’s obscene gestures, this one is almost unmistakable the world over as a sincere “Fuck You”. However, in many Asian countries, especially Japan, the middle finger is commonly used to point, similar to using the index finger to point in the Western world. Though younger generations have been more educated in Western culture and are more aware of its derogatory meaning, older Asians using the “finger” are still commonplace.

I don’t know the exact reasons why middle finger pointing is more common to Asians, but I have read that there are several possible answers. Accuracy was suggested, as the middle finger seems to be more accurate than the index finger when used for pointing. The justification for this answer was that the middle finger is less mistaken by persons the pointer is trying to guide. I have also heard convenience may play a role, as an Asian eating with chopsticks can use the middle finger to point at something during conversation without having to rearrange the chopsticks afterwards, though that might seem silly.

The “Okay” or “A-OK” – This hand gesture in much of the English-speaking world, as well as several other countries, means that everything is fine, great, okay, perfect. It is typically used by divers underwater or hungry siblings at dinner, when expressing these sentiments verbally are difficult or rude. However, this gesture is insulting in places like southern Europe and South America, most notably Brazil. In places such as these, the circle that you make with your thumb and your index finger can mean “asshole”, “you are nothing”(because it’s like a number 0), or it can be a “Fuck you” like the middle finger elsewhere. The greatest example of this is when US President Nixon visited Brazil in the 1950’s. He got off the plane and gave the welcoming crowd a big “fuck you”! In other South American countries, it can also be used to call a person homosexual derogatorily, similar to the horridly-offensive “faggot”.

The “Thumbs Up” – Similar to the “A-OK”, the thumbs up sign is only a good thing for the blissfully-ignorant speakers of English. It has even become a metaphor, and can be spoken or written, such as in movie reviews, where a movie might receive “two thumbs up”, meaning it was a superb film. The “thumbs up” also appears to be the signal of choice for hitchhikers indicating that they would like a ride. In Japan, it is the sign for a man or a boss(See “Pinky Finger Up” for women). On the other hand, in some Middle Eastern countries like Iran or Afghanistan, giving this gesture is quite disrespectful; If you are visiting Tehran and couchsurfing, for instance, and your host asks you how your meal was afterwards, giving the “thumbs up” is equivalent to saying “Why don’t you just sit on my erect penis?” Yup, it’s that bad.

The “V” – In America, the V, made by extending only the index and middle fingers while splayed, is synonymous with either victory, as made famous by Pres. Nixon and Winston Churchill, or peace, as made famous by the hippies. But in many other English-speaking countries, like Great Britain and Australia, the V-sign with the palm facing inward (knuckles out) is an obscene gesture, on par with the middle finger. Though you may simply be signaling the number 2, it is important to remember to face your knuckles toward yourself (palm out).

The “Clenched Fist” – Though most of the world recognizes a clenched fist as a symbol of solidarity, unity, or defiance against an oppressive regime, it can have some negative connotations in a few countries. In America, both the Black Power and White Power movements have used a version of it as a logo, so there could be some bad racial notes given off. A closed fist in Pakistan can be misinterpreted as an “Up Yours!”. Slapping a hand down on the opposite bicep and then jerking that opposite hand’s clenched fist up is widely recognized as a way of telling someone to go fuck themselves, in quite a macho way, as the clenched fist combines with the forearm straight up in the air, representative of a giant phallus.

Copyright © 2014 by the Dauntless Jaunter Travel Site. This article was written by  Christian Eilers and originally published on dauntlessjaunter.com.

*Image of thumbs up via Shutterstock