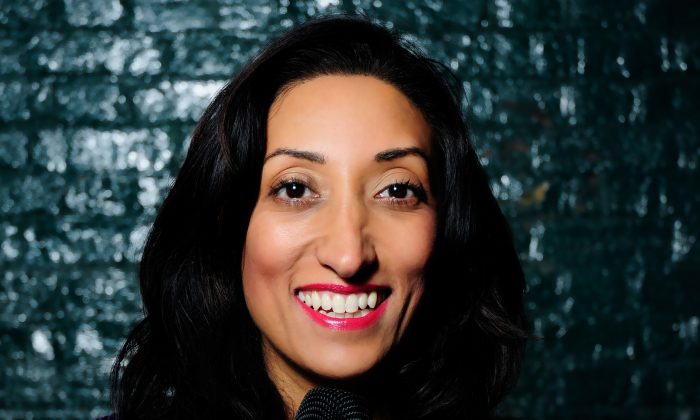 Comedy Review: Shazia Mirza – The Kardashians Made Me Do It

Nobody is safe from Shazia Mirza’s satirical jibes. Not Muslims or Jews or Isis. Not even the fans who pay to see her shows.

“Most of the people who come to see me are Guardian readers,” she says constantly. “They don’t come here to laugh. They just come here to learn. They want to think about what I’ve said and laugh later at home. Which is absolutely no use to me.”

She does have the knack, probably learned from her time as a teacher, of making the audience feel like they must try harder. You feel a bit deficient for not cracking up really loudly at everything she says.

She’s not a campaigner, she says repeatedly: “Don’t expect me to be Malala.”

There are the constant jibes at earnest white people (Guardian readers) who want her to explain what’s going on in the world: “Why are your people [she’s British-Pakistani] behaving so badly?”

She bangs on constantly that she’s a comedian, not a teacher. Just so you really get the message that you can’t pigeonhole her as the Muslim Comedian she spends a fair amount of the routine on jokes which could have come from any old white male comedian – punctuated with lots of swearing.

Again and again she says that it’s just supposed to be a laugh. Because there is a theme: this is leading up to something deadly serious. At the end of the show she sends you away with a big fat piece of homework to mull over.

It’s satirical, incisive, and thought-provoking. Her show at the Tricycle Theatre had an all-too-short run, but there’s a tour being planned and this new routine is well worth seeing if you can.