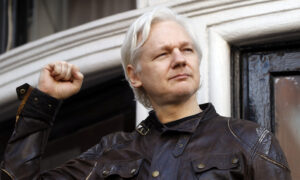 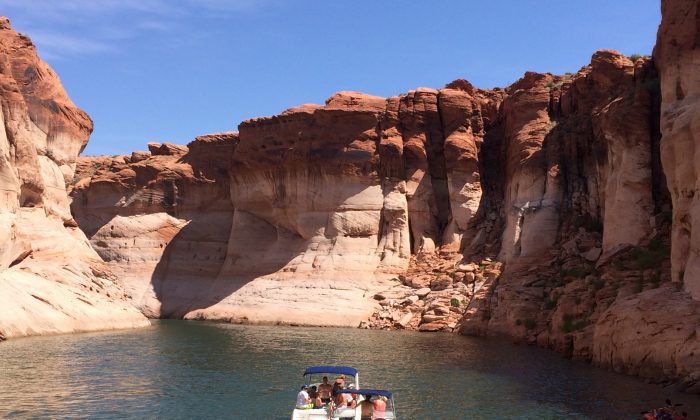 Combing the Majestic Canyons and Parks of America’s Southwest

A panoramic feast for the eyes and a stimulus for the soul, Arizona’s Grand Canyon appears as if one has been transplanted onto another planet. This National World Heritage Site with its imposing red, yellow, and beige sandstone and limestone rock formations was created millions of years ago by the miraculous hand of nature.

It is one experience to view this wondrous landscape from above along the rim, but it is even more memorable to be hiking on the designated paths below for a more intimate and personable experience. My hour-long hike down Bright Angel’s Trail inside the canyon made me feel a part of the landscape itself.

Organized by Caravan Tours, a 63-year-old family-run company, my two-night stay at Thunderbird Lodge on the Grand Canyon’s South Rim was just the beginning of my journey to some of the spectacular natural wonders through Arizona, Utah, and Nevada via a comfy escorted bus tour along with 46 mature and young-at-heart adults.

The giant red rock formations of limestone and sandstone jut high into the sky against a vast desert landscape.

We travelled through the sculpted rock formations of Sedona and Monument Valley to the expansive mountain range of Lake Powell, Bryce Canyon National Park, and the grandeur of Zion National Park. The choice of activities along the way were adaptable for anyone from age 8 to 80, whether one wanted to hike, bike, or just be an observer for a week’s exploration of some of the country’s extreme heights and depths.

The first day we drove through Scottsdale and along Camelback Mountain to Montezuma Castle, 12th- and 13th- century cliff dwellings depicting the farming and artisan life of the Southern Sinagua Native Americans. Nestled and blended within the limestone cliff overlooking a creek, this primitive five-storey, 20-room structure could accommodate approximately 35 people back then.

The bus then continued through the red and salmon-coloured landscape of the artist colony and healing haven of Sedona. We passed dry desert, patches of pine, cypress, and juniper as well as saguaro cactus, one of the largest cacti in the U.S., soaring to over 20 metres tall. After several hours, we arrived at the Grand Canyon for one full day and two nights to explore at our own pace.

A free shuttle on the Red Line takes the visitor around the rim and beyond for an 80-minute round trip. The Blue Line goes to the Market Plaza and Mather Campground. I got off at Powell Point on the Red Line for a two-mile rim walk, passing the breathtaking lookout ridge on the way back toward the South Rim.

I said my goodbyes to the Grand Canyon as the bus drove along the scenic East Rim for a stop at the Navajo and Hopi Trading Post. We then took a 1 ½-hour guided jeep tour along bumpy, uneven terrain to the backcountry of Monument Valley. This Navajo Tribal Park, established in 1958 on the border of Arizona and Utah, contains the 16-million-acre Navajo Reservation.

It was in Monument Valley that John Ford’s western classics “Stagecoach” and “Once Upon a Time in the West” were filmed in the 1930s. The giant red rock formations of limestone and sandstone, which have stood the test of time of nature’s natural forces, jut high into the sky against a vast desert landscape.

A refreshing sense came over me as we approached the turquoise waters of Lake Powell and the adjoining Glen Canyon Dam for our two-night stay in the area. The lake is fed by the Colorado River and has the capacity to store enough water to offset a 10-year drought. The Glen Canyon National Recreation Area is approximately 36,000 acres larger than the Grand Canyon.

The relaxing boat ride through the nearby Antelope Canyon gave me another perspective, as we travelled through narrow waterways banked by towering rock formations reflecting an array of colours from the sun’s rays. Evenings were equally glorious, as I could feel a soft breeze sitting by the still lake with only the glow of stars and boat lights illuminating the navy blue waters.

Our next few days were the highlight of the trip, with astonishing sweeping views via hikes and walks through Utah’s Bryce Canyon and Zion National Park. A real eye-catcher is the enormous orange, pink, and yellow limestone spirals or hoodoos of Bryce Canyon, which became a National Monument in 1923. Legend has it that the Paiute Indians believed these statue-like hoodoos were “legend people,” animals, and birds that had been turned into stone.

The finale was the two-night stay in Southwestern Utah at the 147,597-acre Zion National Park and its red monoliths, some of the highest in the world, formed by sediments of sand dunes and ocean deposits tens of millions of years ago. Our tour guide explained how the biblical names of these dramatic rock formations, Great White Throne and Angel’s Landing, further sets the tone for the spiritual setting of Zion, which means a sacred or heavenly place.

Here I hiked the Lower Emerald Pool Trail and then cut off to the Grotto Trail. After an hour’s hike, I crossed the bridge to the tram junction to take the shuttle to the famous Narrows Trail, which eventually led to the rocky Virgin River where you actually have to continue the hike knee deep in water. People come from all over the world for this experience. I chose to stop at this point and just enjoy the scenery and giant mountainscape around me before circling back.

The sheer magnificence of the region brings to mind the statement by poet William Wordsworth, which can artfully sum up one’s personal journey through America’s grand canyons and parks: “Nature never did betray the heart that loved her.”

Beverly Mann has been a feature, arts, and travel writer in the San Francisco Bay Area for the past 28 years. To read more of her articles, visit: www.beverlymann.com