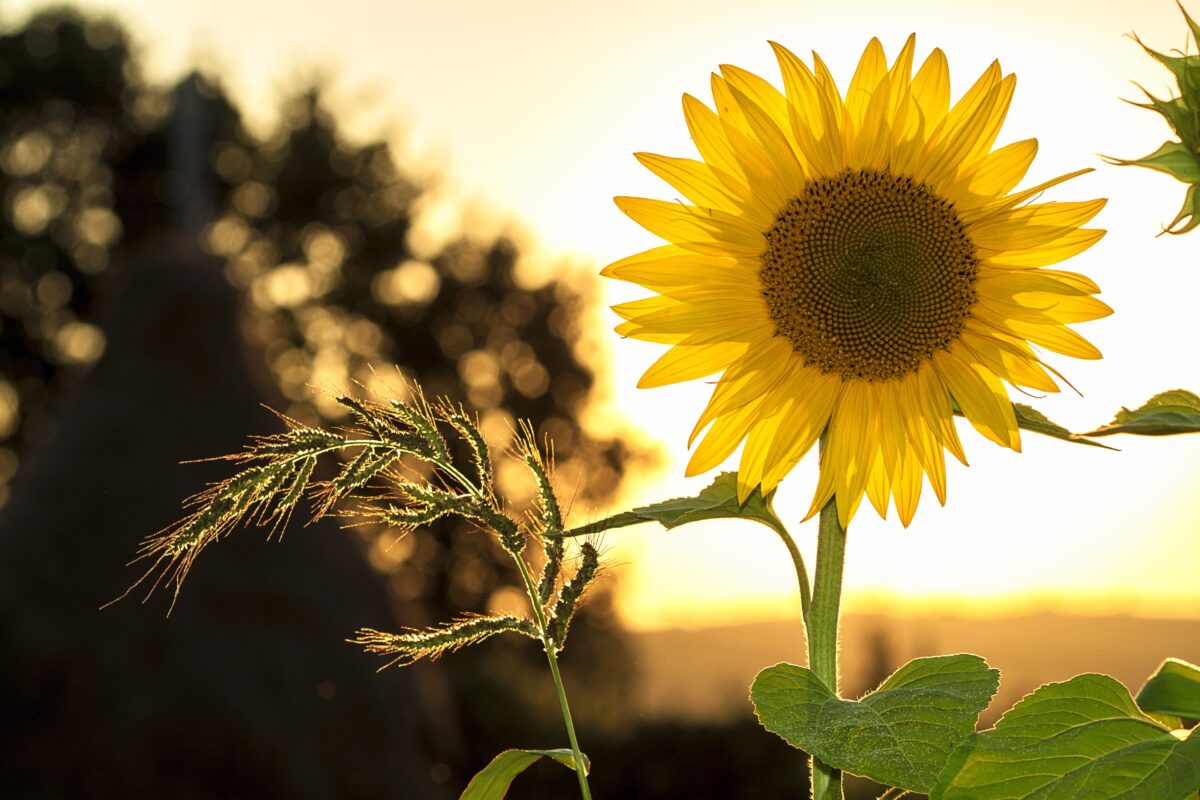 When kindness and thinking of others is highly valued, what flowers might bloom! (Pixabay/Pexels)
Family & Education

By Diane Bell
From The San Diego Union-Tribune

After Grossmont College’s commencement June 9, several students took off their caps and gowns and deposited them in a special box as a gift for members of next year’s graduating class who lack money to purchase the ceremonial robes.

It was another in a string of random acts of kindness — an effort to give back both on and off the Grossmont campus in El Cajon, California, that has taken place throughout the school year.

This is the community college’s 60th birthday. Grossmont College opened in East County in the fall of 1961 on the Monte Vista High School campus. Three years later, it moved to its current location in El Cajon’s Fletcher Hills.

Grossmont President Denise Whisenhunt says the leadership team wanted to do something beyond a festive celebration of the milestone event — something that would benefit the entire community, especially during this pandemic crisis.

A 60th anniversary committee was created with representatives of the Vice President’s Circle, Academic Senate, Classified Senate and student leaders.

“Everyone felt we should do something to focus inward and outward,” Whisenhunt says. The result was a college leadership commitment to highlight 60 random acts of kindness.

A website was set up in January, and the campus community was invited to post stories recognizing heartwarming gestures, big and small.

The kindness log started with Whisenhunt and Liz Barrow, coordinator of Grossmont’s Cardiovascular Technology program, giving boxes of treats to freshman students to celebrate completion of their first semester.

It climaxed at commencement with the cap and gown donations. Days earlier, college administrators drove by four community senior centers dropping off baskets holding 60 pairs of new socks to each.

During the official anniversary celebration on May 3, campus booths were set up, including a sunshine stand dispensing sunflowers to 60 random passersby — students, faculty and staff — with a written message urging them to present the flower to someone they appreciate.

Whisenhunt recalls a faculty member proudly announcing: “My student gave me a sunflower.”

“That day was awesome,” she says. “People were walking around with sunflowers and big smiles.”

• Frank Laveaga, in the campus and parking services department, anonymously left goodies and gifts of appreciation for his co-workers. Also, using his own money, he made goodie bags for the night team to give to homeless individuals they encountered on campus.

• Nursing student Michael Adams was spied making a Meals on Wheels food delivery to the home of a senior citizen.

• Human Resources specialist Lorena Carpenter resolved a medical benefit crisis for an employee during winter break when school wasn’t in session and Carpenter was on vacation.

• In response to a senior citizen’s sadness about not being able to walk on the beach and watch the sun set during the pandemic, student Michael Catolico photographed a series of sunrises and sunsets, took pictures of seagulls and crashing waves and created a video slide show with sound effects. He added a bag of sand and presented this beach-in-a-box gift to the senior.

• Public Information Director Michele Clock picked up a fellow employee from the hospital, then went shopping and spent her own money to purchase groceries to help during the patient’s convalescence.

• Fresh flowers were on display every day in one campus department, thanks to an anonymous donor.

• With the cost of fuel skyrocketing, a Grossmont staffer paid for a tank of gas for a fellow employee.

• Whisenhunt not only gave a staff member a plant the employee had admired during a meeting in her office, the Grossmont president personally delivered it after the session.

• Dee Aceves treated curriculum committee members to a takeout dinner prepared by culinary arts students. She brought a table cloth and flowers and set up a table with a view of Cowles Mountain at sunset.

• Student Jacob McDermott gave his textbook to his teacher to donate to a student in need in the coming year.

• Upon seeing a homeless man by the trash bin of a fast food restaurant, a Grossmont College staffer bought a hamburger and bottle of water for him.

• Nancy Saks, a college dean, wanted to show appreciation to local firefighters, so baskets of ice cream treats were delivered to Stations 7 and 34 on May 2.

“They were all big smiles to be remembered by the other entities in the community,” says Saks. “It was great to spend a few minutes with a couple of them.”

By commencement day, the college had surpassed its goal of 60 random good deeds.

“This is our way of thinking beyond ourselves,” Whisenhunt says.

“Sometimes the best celebrations are those in which you can give. There is power in that. … It has certainly been inspiring.”