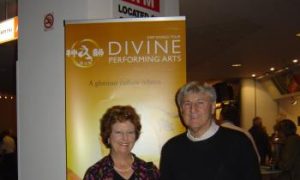 Cole Porter Tribute in ‘Everything Goes!’ by SFArtsED Students

[youtube]MBUltcwfvIE[/youtube] SFArtsED Players Rehearse for “Everything Goes”Cole Porter’s music will be featured in an upcoming revue by the San Francisco Arts Education Project (SFArtsED) called Everything Goes! The Music of Cole Porter, from Feb. 4-13 at the Eureka Theatre in San Francisco.

Cole Porter (1891-1964) was an American composer whose works were famous for their sophistication, clever rhyming, and complex forms. He's one of the leading contributors in the Great American Songbook, a book that represents the best American songs of the 20th century. "Night and Day," "I Love Paris," "In the Still of the Night," and "Be a Clown" are some of his most celebrated hits.

These famous numbers will be showcased by the SFArtsED Players, comprising more than 50 students aged 9 to 15, who are representing 32 Bay Area schools.

Less well-known songs including, "Live and Let Live” and “Ritz Rock and Roll,” will also be showcased.

One thing’s for sure–no matter what song it is, there will be lots of singing, acting, dancing, and excitement to go around. These children are certainly very enthusiastic about it. Their rehearsals featured in the Everything Goes! sneak peeks already radiate fun and excitement.

“Art and music curriculums are being cut from our children’s schools, so it’s essential that we continue to do what we do best—provide the Bay Area youth with quality arts education,” SFArtsED Artistic Director Emily Keeler said, according to broadwayworld.com.

There’s less than three weeks until opening night. Tickets can be purchased from www.cityboxoffice.com