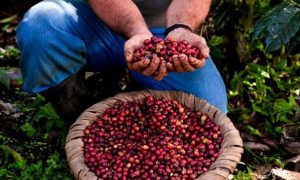 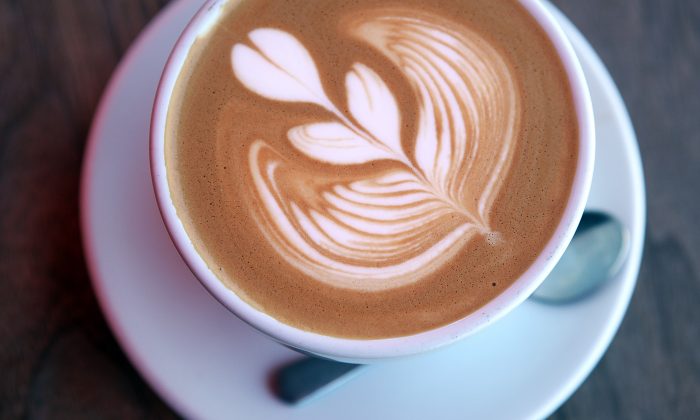 Coffee, the beloved warm elixir known for its life-giving properties. Were it not for this humble bean, most of us would be walking around like brain dead zombies.

The entire world has an ongoing love affair with coffee. It’s unique properties paired with a rich, comforting taste and the ability to jostle our brains to full consciousness is unparalleled.

Trust me, I’ve tried it all, I’ve switched to matcha, yerba mate, guarana, green juices, roasted chicory root and black tea, green smoothies to start the day and nothing quite compares to coffee.

Perhaps this is partially a societal construct deeply embedded in our subconscious. For as long as most of us have been alive coffee has been the staple breakfast beverage.

There’s been a hefty amount of research done on coffee, and most signs point to many beneficial characteristics. Important to note is that these studies didn’t include sugar and cream, or the standard Starbucks sugar laden mocha latte varieties.

Not all coffee is created equal, from invisible mycotoxins clinging to conventional pre-roasted pre-ground varieties, to the importance of organic and fair trade, we aren’t at a loss for things to discuss when it comes to coffee.

Is Coffee a Treat or  a Necessity?

Coffee is addictive, most habitual coffee drinkers experience withdrawal symptoms in the forms of extreme lethargy, headaches, irritability, constipation, flu like symptoms and even insomnia.

Caffeine withdrawal is now a recognized condition, it’s a real phenomenon which means coffee is a real drug.

I’m of the mentality that there is something in our human nature which is drawn to mind altering substances. Since time eternal we’ve sought out these types of substances and practically worshiped them.

Most people regard their daily coffee in the way that a diabetic regards insulin. We need it, we do everything in our power to make sure we never have to go without.

There are few among us who have the will power to simply enjoy an occasional cup of joe. In the coffee world, it’s all or nothing.

There’s certainly such a thing as too much coffee, speedy heart rate, anxiety and insomnia are some side effects.

While it’s best to limit coffee to an occasional treat, it’s more important to simply lay off the sugar and limit artificial sweeteners and creamers.

Unfortunately, the more we drink it the less effective it becomes and the more we need to amp up our performance, as is the case with most drugs.

The Quality of Coffee Counts

Not going to name names here but let me just say almost every coffee in the aisles of our local supermarkets are ridden with mold toxins.

It’s not exactly comforting to know that the US has no regulations in place for mycotoxin contamination. Falling behind the likes of Europe and even China.

These types of mold toxins are immunosuppressive and contribute to cancer. They don’t break down through the roasting process so one must be vigilant to procure high quality beans.

Conventional coffee is grown with so many pesticides, and they get washed off right in our cups. Since coffee is grown in areas that aren’t highly regulated when it comes to chemical exposure, purchasing organic beans is critical.

Another problem with sourcing coffee from third world countries is that big companies typically don’t even pay living wages to farmers growing the stuff.

When we vote with our dollar for fair trade standards we can work to promote a better balance in a backwards world.

6 Reasons to Drink Coffee Before Your Workout

One last thing- stay away from bleached coffee filters. This isn’t something we think about but even trace amounts aren’t good for our health.

Even worse are those little coffee pods, I don’t think anyone wants to drink plastic and they all end up in the landfill. The tastiest coffee is made from espresso or french press, in my humble opinion.

How to Drink Coffee for Optimal Health Benefits

Lets face it, the average coffee is consumed with a few teaspoons of sugar and some cream. Or worse, artificial sweetener and that scary powdered milk stuff (that actually contains no milk at all).

Most coffee is roasted and pre ground long before it’s consumed, which adds to a lack of flavor, less nutrients and higher chance of the black gold going rancid. Just like all things conventional, conventional coffee is in a pretty sad state.

So how should we drink our coffee to reap the positive effects?  Introducing bulletproof coffee:

What Are the Benefits of Bulletproof Coffee?

Have you heard about the latest trend to add butter to coffee? Yep, it’s a thing and not as gross as you might think. Bulletproof coffee is designed to stabilize blood sugar levels and provide sustained energy.

Since saturated fat breaks down so slowly this method prolongs the effects of a morning coffee and many people claim it helps with weight loss.

The butter used should be high quality grass fed and Dave Asprey, the founder of Bulletproof coffee recommends adding MCT oil as well.

Everything is emulsified together in a blender and the result is a frothy and creamy beverage that most can’t believe contains no cream.

When Should I Avoid Coffee?

Coffee has its perks, no pun intended, but there are people who should try and avoid it. Those of us with anxiety problems, should drink minimal amounts of caffeine and avoid all stimulants.

Studies show that coffee drinking in combination with an anxiety disorder can lead to more severe panic attacks.

Also those suffering adrenal fatigue should avoid coffee, as caffeine can zap even more energy from already depleted and low functioning adrenal glands.

There’s a slight increase in blood pressure when consuming coffee, while likely this isn’t problematic for most people it’s important to know.

Pregnant women should limit caffeine to under 200 mg per day as the half life of caffeine in the body grows significantly during pregnancy.

This means that in non pregnant women caffeine has a half life of 3 hours, in the last trimester of pregnancy that number grows to 10.5 hours and can interrupt sleep.

While there isn’t much evidence to say women should avoid caffeine entirely during pregnancy, it makes sense to reduce it appropriately and moderate consumption to early in the day for optimal sleep.

It sounds weird to drink a coffee and then have a nap, but the effects of caffeine don’t hit us until about 20 minutes after we’ve consumed the coffee.

One study looked at truck drivers given a coffee and a nap and the combination of both proved far more invigorating than one or the other. Next time you need a boost, have a coffee, take a nap and then get ‘er done!

We’ve discussed how to detox and cleanse previously so we won’t cover how coffee is used in that process here.

The best time to drink coffee is when our cortisol levels are naturally at their lowest. While many of us reach for the mug first thing in the morning, it’s actually more effective to drink between 9:30-11 AM and/or between 1 and 5 PM.

In 1675, Englands Kind decided to ban coffee houses as he thought they were a hub for people to come together and form groups against him.

If you like finding out about common myths for other foods check this out.

This article was originally published on rootandsprouts.com