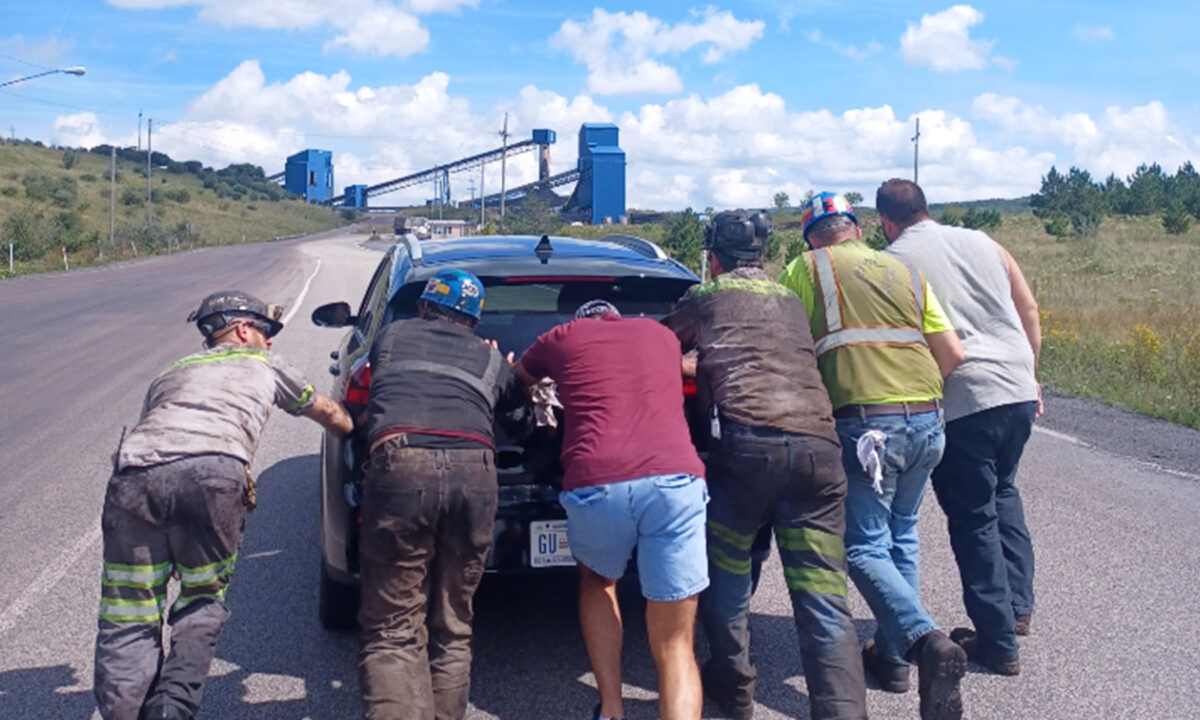 A Washington, DC, couple left stranded after their electric car ran out of battery was saved by none other than coal miners who were working nearby. Despite the ongoing push toward energy-efficient vehicles, the guys were more than happy to push the stranded car to the mine to get it recharged.

West Virginia State Senator Randy Smith (R-Tucker)—who chairs the Senate Committee on Energy, Industry, and Mining and is also a safety coordinator at Mettiki Coal, which operates the mine—recounted the incident on social media. And the response to the post has been phenomenal.

The somewhat ironic turn of events took place early this month when the pair, driving from Washington to the town of Davis in West Virginia, broke down right outside the Mountain View Mine. They were approximately 170 miles from home.

Smith said one of the company foremen received a call about the stalled car and went to see the driver, who told him they were en route to a weekend break, but found themselves stuck. The foreman returned to the mine, asking some of the coal miners to help.

“This just shows you coal miners are good people and will go out of their way to help anyone friend or foe,” Smith wrote in his post.

Five coal miners, slightly bemused but concerned for the couple’s plight, promptly arrived at the scene. They soon discovered they would not be able to pull the vehicle since the undercarriage, being made entirely of plastic, has no hook. So instead, they opted for good old elbow grease and pushed the electric car to the guard shack where it could be plugged in and charged up.

Smith’s post has since gone viral, garnering thousands of likes and shares, with some netizens commenting on the ongoing controversy with coal power.

Praising the coal miners, one social media user wrote, “May God bless every coal miner; they are not only the salt of the earth, they give power to us all!”

Another commented, “Great job guys, another clueless person is saved by hardworking coal miners. Worked for this company for over 30 years.”

Smith wrote in his post that he’s “honestly glad” the couple’s car broke down at the right place, where they could eventually get the help they needed, because they couldn’t get a tow truck to come, being “out in the middle of nowhere.”