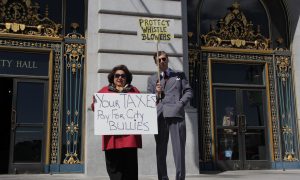 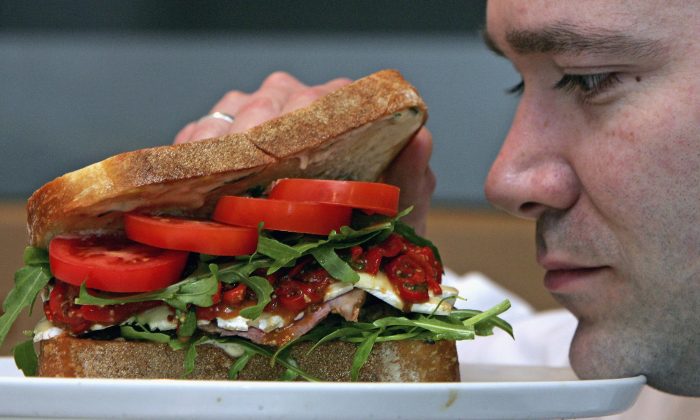 Co-Workers Steal Your Food From Company Fridge? Solutions Are Obvious

You’ve probably been there before. You wake up early, fix yourself a tuna/turkey/feta sandwich with lettuce, tomato, organic mayo, and everything, wrap it up nicely, label it with your name, and place it in your company’s fridge to chill upon arrival.

A couple hours later, overcome with hunger and craving, you open the fridge and the sandwich is gone. All the anticipation, the efforts expended, the 5–10 minutes you could have spent sleeping—gone. An emotional reaction is almost guaranteed.

The symptoms may include: Blurred vision, impaired speech, sensation of your blood boiling, feeling of being trapped, burning sensation—as if somebody set up a camp fire right under your heart—teeth grinding, and hands sweating, possibly due to compulsive fist clenching.

Not to worry, sooner or later you will regain your faculties and actually look for a solution.

In an increasingly creative scenario, the situation may unfold like this:

More importantly, the comments section teems with suggestions of how to solve this issue. Let’s explore some of them sorted from the most generous to the most extreme.

This one was suggested by Mindy Cole from Franklin, Ohio. Her children got their lunches stolen at school, so she packed more food when possible. There are hungry kids out there and she wanted to do what she could to help. “It’s treat others the way you want to be treated,” she stated in her comment. “[I]t’s being human and having compassion for the common man.”

Several people suggested the sandwich thief in the above scenario was entertaining enough to let his transgression go. Of course, dear Francis may have not been the culprit, but just a prankster taking advantage of the situation.

Yet Sheri Gonnell suggested a broader perspective with her comment: The situation may not be as serious and may even pass on its own. “We’ve all been there, it’s annoying at the time, but it didn’t kill us,” she stated.

Several commenters claimed to solve food thievery by mixing cat or dog food in their lunches and depict the deed in a note on the fridge after the lunch was stolen.

Christopher Wells from Fort Collins, Colo., solved a similar situation by going straight to the Human Resources (HR) department. The company aimed a security camera on the fridge and the thieves were fired, according to Wells. This may sound harsh, but wait to hear the next recipe.

This was the most suggested solution in the sample of comments we reviewed. After it becomes apparent there’s a repeated offender on site, mix laxatives in your food. The offender is guaranteed to reveal his or her identity, multiple commenters claimed. Moreover, multiple commenters presented this solution as a successful one to prevent further transgressions.

Some people suggested mixing unmentionable things in the food and informing the culprit by a fridge note after the fact. We couldn’t make ourselves condone such acts.