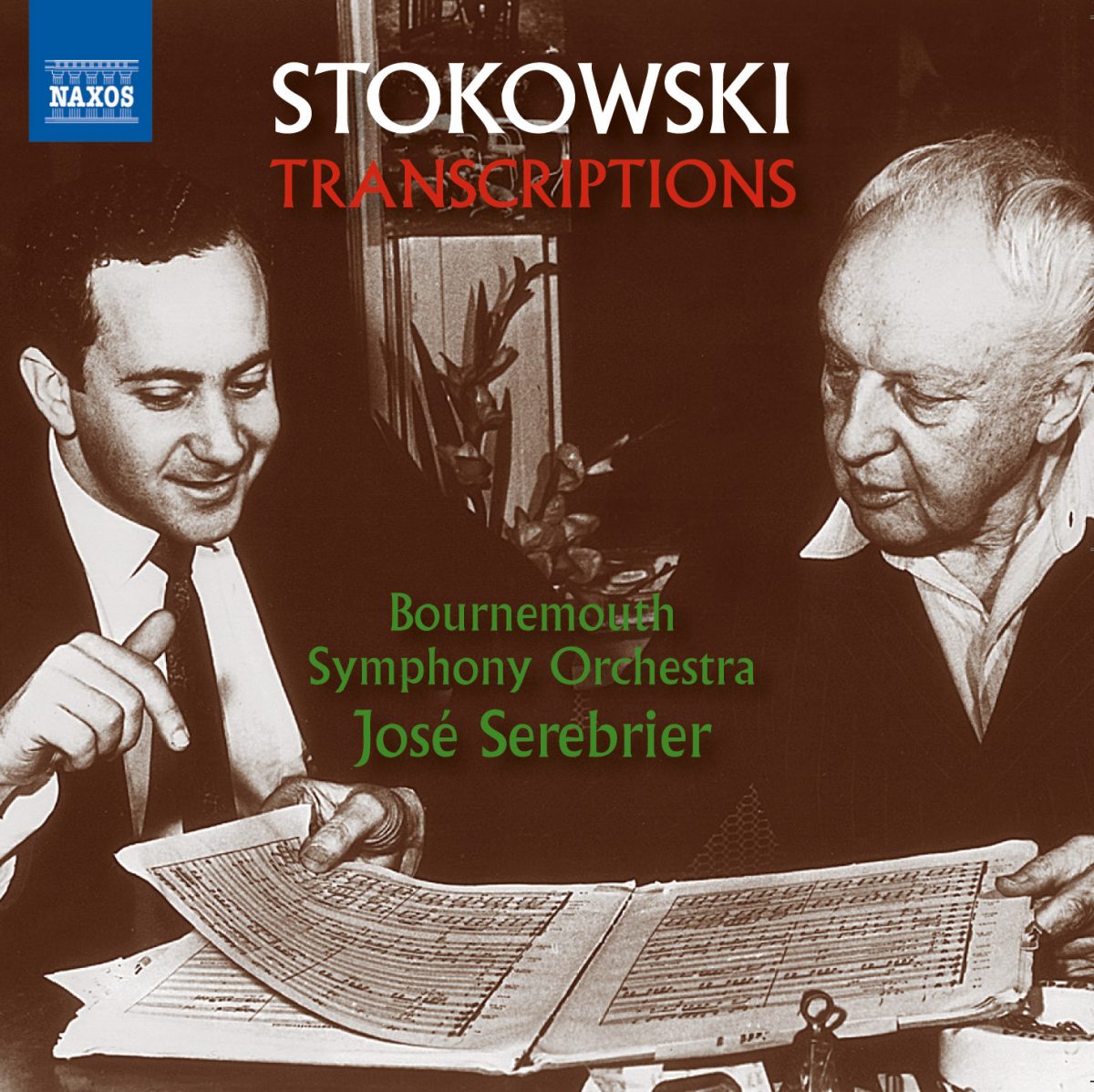 What is transcription? In classical music, it involves altering the instrumentation of a piece. Like translating poetry from one language to another, the new version does not sound the same as the original but, if done well, creates its own interest.

Transcription can involve expansion from one instrument to a full orchestra, as in Ravel’s popular orchestration of Mussorgsky’s “Pictures at an Exhibition,” which was written for solo piano, or Liszt’s boiling down Beethoven symphonies to solo piano versions.

Conductor Leopold Stokowski (1882–1977), is best known for his appearance in Disney’s “Fantasia,” where, in addition to meeting Mickey Mouse, he conducted two of his more famous transcriptions. Both of these are performed on a new compilation CD, “Stokowski Transcriptions” (on Naxos), performed by the Bournemouth Symphony Orchestra conducted by José Serebrier.

Serebrier is up to the task since he spent five years as Stokowski’s assistant conductor. The two men were also close because Stokowski conducted some of Serebrier’s own compositions.

In recent decades, the original instruments movement has been dominant, reflecting an attempt to recreate the sound of performances during the Baroque period. Bach’s “Toccata and Fugue in D Minor” was written for organ, but it became better known when Stokowski played his orchestral version in “Fantasia.” (Incidentally, early in Stokowski’s career, he was the organist at St. Bartholomew’s Church in New York.)

Stokowski’s approach makes no attempt to be historically correct. Rather, his arrangement is romantic, with a rich orchestral sound.  While Stokowski’s orchestrations went out of style after his death, his work has been reassessed in recent years, both through Serebrier’s recordings (from which this CD is culled) and from an increasing number of live performances, such as concerts by the New York Philharmonic Orchestra.

More pleasing Bach on the album are the “Air on the G String,” “Sheep May Safely Graze,” and the “Little Fugue in G Minor.” Mussorgsky’s “A Night on the Bare Mountain” (also included in “Fantasia”) is spectacularly hair-raising, while Stokowski’s orchestration of Tchaikovsky’s song “Solitude” is sensitive. The Wagner excerpts are viscerally exciting.

Welsh harpist Claire Jones’s new CD, “Royal Harp Strings” (on Silva Classics), is a compilation of two of her albums in which she is accompanied by the London Mozart Players and the English Chamber Orchestra, conducted by Stuart Morley.

The material, tastefully arranged by Chris Marshall (Jones’s husband), is from a variety of sources: classical, folk, and pop as well as movies (“Love Actually”) and TV (“Downton Abbey”).  “Scarborough Fair” is more energetic than the Simon and Garfunkel version.

Some familiar arias, all originally sung by women, are included: “The Flower Duet” from “Lakmé,” “O Mio Babbino Caro” from “Gianni Schicchi,” and “The Song to the Moon” from “Rusalka.” The beautiful melodies come through, albeit without the extra emotion that can be supplied by an opera singer.

Jones explains in the liner notes that she overcame ME Chronic Fatigue Syndrome. The music on the album, she said, helped heal her, and she hopes it will have a similar soothing effect on listeners. The charming CD achieves her intention.

“French Connections: Music of Saint-Saëns, Prokofiev, Uebayashi” (on Proper Canary) is the new CD by the Chatterton-McCright Duo. One of the composers is French (Saint-Saëns), while the others are Russian (Prokofiev) and Japanese (Uebayashi). The common link is that all lived in Paris for some time.

The Saint-Saëns piece, “Sonata in D Minor” was written for violin and piano. Linda Chatterton plays flute and transcribed the work for her own instrument. Some technical adjustments had to be made, for example, for notes beyond the flute’s range. Also, the breakneck pace is difficult to maintain on an instrument where the performer has to breathe. Needless to say, Chatterton’s playing is spectacular. Her arrangement should be taken up by others, if they have the requisite skill.

Profofiev’s “Sonata in D Major” is the opposite situation from the Saint-Saëns. The Prokofiev was written for flute/piano and the composer later transcribed it for violin/piano. The performance of this and Uebayashi’s “Sonate” are top-flight. McCright is excellent, but Chatterton is the star of the duo.