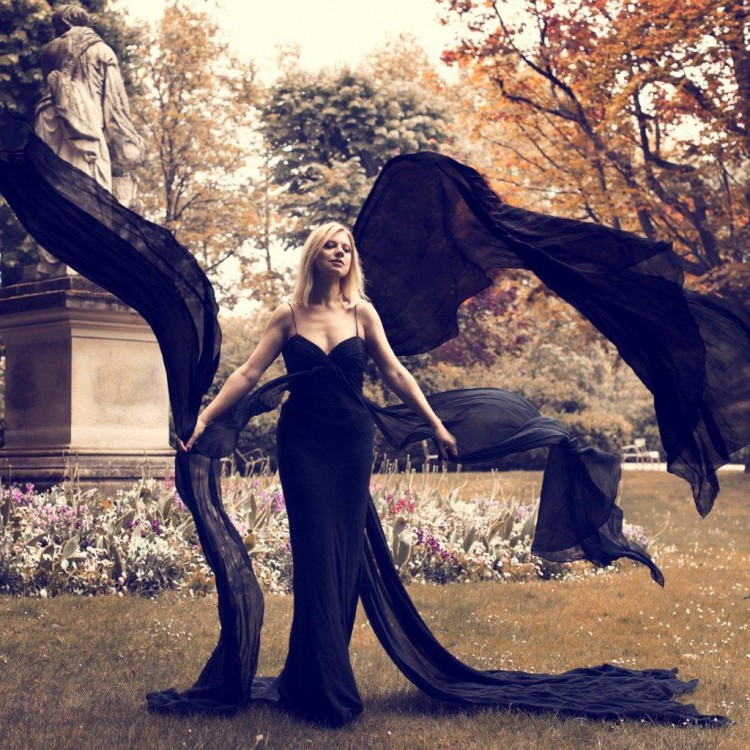 PORTLAND, Ore.—The most popular classical pianist on the web delighted a live audience at the Newmark Theater with a three-hour virtuoso performance on Dec. 2.

This year was a fruitful one for Ukrainian-born, classically-trained pianist Valentina Lisitsa, hailed by many as a “Youtube sensation.”

Her YouTube recordings of classical music have had nearly 50 million viewers, whose votes influenced Lisitsa’s concert lineup at London’s Royal Albert Hall. She was donned “the Justin Bieber of classical music” by BBC.

Lisitsa gave the solo performance at the Royal Albert Hall this summer, one of the world’s most famous classical venues. This privilege has been granted to very few classical pianists over the last century.

Lisitsa has won glowing reviews ever since her American debut at Lincoln Center in 1995. According to Music Web International, Valentina Lisitsa “combines an imperious sweep with aristocratic poise and sensitivity.”

In the first part of her Portland recital, Valentina performed Classical and Romantic era compositions of Mozart, Beethoven, and Schubert.

It was the flawless and captivating presentation of four pieces of Liszt’s transcriptions of Schubert’s songs that really stood out.

Lisitsa’s hands seemed to barely touch the keys when they flew all over the keyboard with an inapprehensible speed. Her spellbinding lyricism and remarkable musical insights delighted and touched to tears many piano lovers in the packed theater.

After an intermission, Lisitsa played two very demanding ‘War time,’ large-scale sonatas by Russian composers, Dmitri Shostakovich (Sonata No. 2 in B minor, Op. 61) and Sergei Prokofiev (Piano Sonata No. 7 in B-flat major, Op. 83). Both sonatas were written during World War II when the Soviet Union and Nazi Germany (1941-1945) were fighting.

Not only did Lisitsa captivate the audience with her stunning virtuosity, but her rendition of Shostakovich’s Sonata was very moving.

You could just feel the music seeping from the depths of Shostakovich’s vulnerable, suffering soul, especially in the mesmerizing slow movements. The great composer found courage to live through the brutality of the war.

That Lisitsa understood the composer is clear from her commentaries accompanying her Youtube performance of this piece.

Sonata No. 2 was created during the Siege of Leningrad, as Lisitsa called it: “one of the deadliest and darkest episodes in the history of European civilization. Shostakovich descended [into] a real inferno, lived through it and came out alive to tell the story, to bear a testimony to the hell on earth.”

The last piece on the program was Prokofiev’s Seventh Piano Sonata, which in Lisitsa’s interpretation elicited an atmosphere of tragedy of war, fear, and desperation. It was played with a hypnotizing depth of feeling.

A brilliant toccata in the Third Movement was presented with such a great sense of rhythm and astounding mastery that the thrilled audience gave the pianist an enthusiastic standing ovation.

In an interview with The Telegraph, Lisitsa said: “I’m nothing but a conduit… Composer creates music. We’re performers. We’re just passing it on.”

This is not quite true in Lisitsa’s case. As her favorite composer Rachmaninoff once said, it is “upon the vividness and extent of the performer’s imagination [that] the success and vitality of his interpretation largely depend.”

While thoroughly enjoying Lisitsa’s exuberant performance, I thought of other words by Rachmaninoff. He remarked on Horowitz’s famous piano interpretations: “He swallowed it whole … he had the courage, the intensity, the daring.”