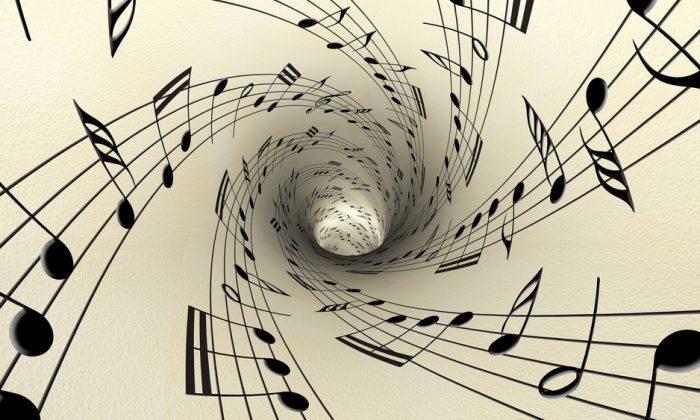 Reverend Jonathan Arnold, dean of divinity at Magdalen College, Oxford, has written about the “seeming paradox that, in today’s so-called secular society, sacred choral music is as powerful, compelling, and popular as it has ever been.”

But is this a paradox? Arguably, the power of this music derives from having been written by supremely talented, well-trained composers who just happened to live in a Christian tradition, writing mainly for the church. If the dominant religion over the past millennium had been atheist secularism, say, talented composers might still have written equally compelling music.

A problem with such counterfactual hypotheses, however, is that this is all they are: hypotheses. By contrast, sacred music and extraordinary Christian art is a reality. Many of these Christian artists also experienced their own creative process as “inspired,” believing God had had a hand in their work.

Pope Emeritus Benedict XVI claimed that “in no other cultural domain is there a music of a greatness equal to that which was born in the domain of the Christian faith.” He even added that “this music, for me, is a demonstration of the truth of Christianity.”

Many others have touched on this sense that music springs from faith and can only be artificially separated from it. This includes nonreligious people, who often speak of their experience of music in spiritually inflected terms, describing it as “soulful” or “transcendent” or “mystical” or whatever. This is where there really might be a paradox: secular people being moved by the sacred through music.

Classical composers in the post-war period sought to make a clear break with tradition, including with the cultural baggage of Christianity. The Scottish composer James MacMillan, who is also a professor at the University of St. Andrews divinity school, lamented the divorce of music from extramusical inspiration in this period:

“Composers like Boulez, Stockhausen, Berio, and the young Turks of the post-war generation wanted to start afresh from year zero, to write a music that was untainted by tradition.”

British music departments and conservatoires of MacMillan’s generation in the 1970s saw music as “complete in itself” and that “anything else was extraneous and irrelevant.”

“I left music college swearing never to write another note again. … It was during the mid-1980s when esoteric and cerebral avant-garde music was still considered the right kind of music to be writing.”

Classical music in this era became ultimately sterile, delighted with its own inaccessibility and unpopularity: a cerebral playing around with notes on the page. MacMillan and Panufnik only discovered their own compositional voices by being true to themselves, allowing the “spiritual dimension to emerge” and reacting against the culture of the time.

The irony, as MacMillan has pointed out before, is that mainstream modernist music has often been more plugged in to the Judeo-Christian tradition than is sometimes appreciated. Arnold Schoenberg reconverted to Judaism after the Holocaust. Igor Stravinsky was Russian Orthodox; Olivier Messiaen was Catholic. From this perspective, Christianity is an extraordinary source of artistic originality; rejecting a search for the sacred leads ultimately to a dead end.

Today, if you go to a concert even of sacred music, you are unlikely to find reference in the program notes to religious inspiration. There remains a snooty condescension in intellectual circles toward the “extramusical,” and a privileging of pure musical analysis.

The recording industry is driving technical perfection, while the notion of  “historically informed performance” is becoming ever more dominant as part of a wider focus on achieving a supposedly “correct” style. All too easily these become goals, rather than the means to express something deeper.

Our response at St. Andrews has been to try to introduce the next generation of composers to the creative power of Christianity, pioneering what we call theologically informed programming and performance. We paired six of the best upcoming composers from around the UK and Ireland with doctoral theologians from the university.

The theologians were tasked with researching passages from scripture that could be set to music by the composers. Participants didn’t need any faith, and were encouraged to engage with the Christian tradition however they wanted. Mentored by MacMillan and part of our wider TheoArtistry project, the collaborations have produced six wonderful new works of sacred music, which are available on the CD “Annunciations: Sacred Music for the 21st Century.”

One great example is by Rebekah Dyer and Kerensa Briggs. Dyer’s research on fire in theology, combined with her hobby as a fire spinner, gave talented composer Briggs a fresh perspective on Moses’s encounter with God through the Burning Bush. Using textured sounds of choir and organ, the composition conveys a meeting between earth and heaven, history and eternity.

When music encounters religion, I see the result as being like the scriptural image of water and wine: The art can be transformed and come not to serve theology, but to be theology—or more exactly theoartistry, insofar as it may reveal God in a new way through artistry.

From the earliest Gregorian chants, through Bach and Mozart, to the very different contemporary sacred music of MacMillan and Arvo Pärt, there are so many examples of the great beauty that this can achieve.

George Corbett is a lecturer in theology, imagination, and the arts at the University of St. Andrews in Scotland. This article was originally published on The Conversation.