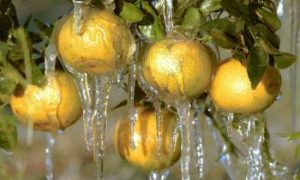 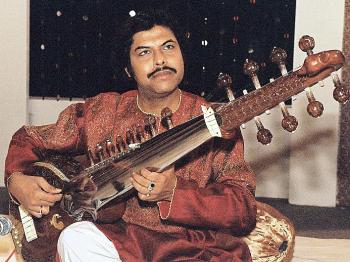 By Annie Wu
Print
Considered one of India’s leading musicians, Joydeep Ghosh is ready to stun American audiences with his skillful playing of the surshringar, an ancient stringed instrument. He will perform on May 14 at Symphony Space in New York.

The surshringar has not been played regularly since the 19th century. It was typically played at the Indian royal court for the king’s entertainment, but the instrument has since lost prominence, and Mr. Ghosh is one of a few select musicians in the world who still plays it.

Under the tutelage of his gurus (mentors) Radhika Mohan Moitra and Bimalendu Mukherjee, Mr. Ghosh was inspired to pick up the surshringar. Having played and conducted research on the instrument for the past 15 years, he hopes to revive the surshringar through his performances in both India and abroad.

However, the surshringar possesses “a rich quality” that is simply irreplaceable, says Mr. Ghosh. The surshringar has six strings and is encased in a large semi-spherical gourd. The strings are responsible for rhythm and speed, as well as for producing high-pitched sounds. But for added effect, Mr. Ghosh will be using more than the usual six strings in his performances—what he calls “a special edition” of the instrument.

In addition to playing in the ancient styles of dhamar and dhrupad, Mr. Ghosh will also be playing in the khayal style, a popular vocal genre that is a modern variant of classical singing. Mr. Ghosh will be showcasing both modern and traditional playing, demonstrating the versatility of the surshringar.

At the concert, Mr. Ghosh will also be accompanied by renowned tabla player Subhen Chatterjee. The tabla is an Indian percussion instrument played by coordinating different combinations of finger and palm movements to rhythmic syllables known as bol.

For both Mr. Ghosh and Mr. Chatterjee, this is particularly exciting, as it marks a collaboration between two old friends. Both musicians hail from the same locality in Kolkata (formerly Calcutta), and the two grew up playing music with each other. Having toured the United States and Europe for the last 24 years, Mr. Chatterjee will finally have the chance to perform in the States together with his childhood buddy.

This time, Mr. Chatterjee will be playing a bass tabla especially to match the sounds of the surshringar, the first time such a collaboration will take place in the United States.

Mr. Chatterjee decided to use a low-pitched tabla because its timbre resembles that of the pakhawaj, an ancient Indian drum. Together, Ghosh and Chatterjee will be bringing back melodies from the ancient times. As Mr. Chatterjee puts it, it will be like “putting old wine in a new bottle.”

Joydeep Ghosh and Subhen Chatterjee will be performing the program “Ancient Strings of India” at the Leonard Nimoy Thalia Theatre in Symphony Space, New York on May 14.