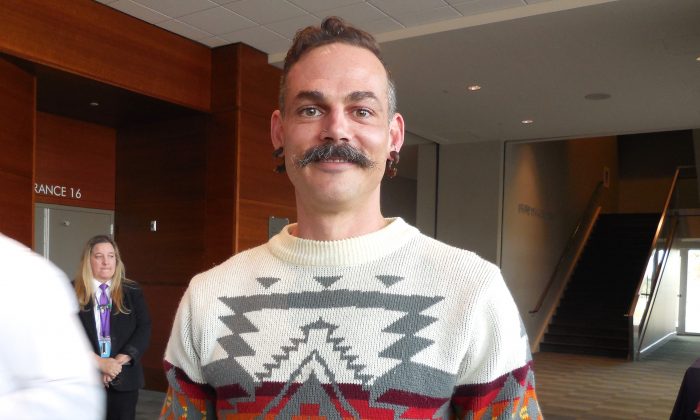 Mr. Brumbaugh has a degree in Fine Arts with a major in dance performance. He was a dancer and co-creator for the Capacitor Dance Theater and has danced for Blue Lapis Light. He is currently the artistic director and an instructor at the Berkana Institute of Massage Therapy.

Classical Chinese dance is at the heart of the New York-based Shen Yun Performing Arts, which also features folk and ethnic dance and story-based dances.

According to the company’s website, “Classical Chinese dance has a long history of thousands of years, and while soaking up profound wisdom from every era and dynasty, it has become a complete system of dance, embodying traditional aesthetic principles.”

“Classical Chinese dance … also involves learning combinations of leaps, turns, flips, spins, and other aerial and tumbling techniques. It is a vast and independent system of dance,” the website states.

Mr. Brumbaugh appreciated the variety and skills of the dancers.

“I love the multitudes of different facets of dance and acrobatics,” he said. “The men dances definitely were really strong and very athletic, and had me really excited.

“The pieces with women with ‘water arms,’ that was just so beautiful, very tranquil, and reminded me of kind of being taken away and transported.

“I think they represent and tell the story very well, and I love the acrobatics and the combination of history. It’s really a beautiful show. I love the costumes. They are very effective—and their technique as well—they are very beautiful.”

“The piece about compassion really hit me hard because I think this right now is a global issue. We need compassion, and I thought it was a beautiful interpretation for all ages to understand as well,” he said, referring to the dance The Power of Compassion.

Mr. Brumbaugh appreciated learning about China’s history. “That was something really exciting for me.”

“I really like everything I’ve seen so far,” he said at intermission.