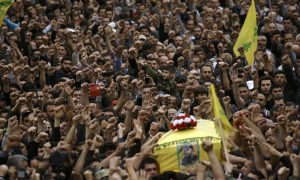 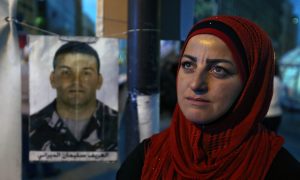 Lebanon 'In the Eye of the Storm,' Now Pulled Into War With Islamic State
0 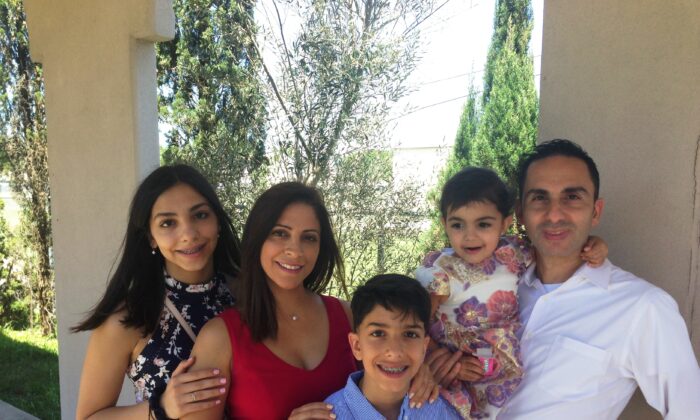 Civil War and Soccer: Coming of Age in Lebanon

Charbel Boujaoude was only three years old when civil war broke out in his home country of Lebanon in 1975. Despite the constant bombings and harsh realities of growing up in a war zone, the young Lebanese boy relished in his passion for the national sport: soccer.

Boujaoude did whatever it took to stay alive. He would hide in the basement during the unrelenting bombardments, sometimes for days, and avoided areas of town that were particularly dangerous. Occasionally, there were ceasefires and times of relative safety.

Boujaoude’s earliest memory is from when he was six years old. It was summer 1978, and a series of 30 bombs landed in the subdivision where he lived. Some struck his six-story building, where he and his family lived on the ground floor.

“The bombs hit the roof, and a lot of the cement walls fell all the way down into our backyard and into our house. So that was my earliest memory,” Boujaoude recalled.

Once the barrage stopped, the family ran into the basement, and Boujaoude caught glimpses of the destruction. For the next three weeks, the family lived in their basement. From that point on he realized his home country was a dangerous place to be. Nevertheless, he adapted to the environment and knew that he wasn’t the only child trying to survive.

“From that moment on I knew that there was an enemy that was trying to kill us,” Boujaoude said.

Boujaoude did his best to grow up like a normal kid, and sport was a big part of it; he has been playing soccer since he was three years old. He had been born into a soccer family: his father had played professionally in Lebanon. He and his friends played while waiting for the bus to school in the morning, at school, and when they got home. And with two brothers and many neighbors around, there were always enough people to get a game going.

“That also became an escape because we didn’t have to worry about the realities of life. We were just out there having fun and trying to forget it for an hour or two,” Boujaoude said.

When Boujaoude wasn’t playing soccer, he was reading about it or watching games on television. He used to collect playing cards from England, and his favorite team was Manchester United. As he grew up, he learned more about the club and followed the team. His childhood dream was to play for them.

The bombings became a part of life growing up, and Boujaoude can remember in vivid detail the last time he was almost killed. When he was 17, his family moved to a freestanding house in the mountains, which provided less cover.

“You could tell at that time where the bomb was going to land because we became experts in the noise it makes. Whenever it was coming down you could tell if it’s going past you or if it explodes before you, and you can tell from how the shrapnel got dispersed how close or how far it was,” Boujaoude explained.

In this instance, the bomb was heading directly toward his home. A second before it exploded, he could feel the pressure get sucked out of the room. Fortunately, the bomb missed the house by a few yards and exploded on a descending cliff outside. Smoke filled the house, and Boujaoude could hardly believe he was still alive. The next day the family packed up and moved, and a few weeks later, there was a ceasefire. That’s when the family decided to leave the country.

Leaving home wasn’t easy for Boujaoude, and he had fallen in love with a classmate a year and half before he left the country. He also had friends he had to leave behind as he was coming of age.

“It was very hard when I left, obviously, because I had to leave her behind, with so much feeling I had for her. For the first two weeks in America I saw her in my dreams every day,” Boujaoude said.

Boujaoude and his family left Lebanon in December 1989 and settled in Houston that same year. He was finally living in an environment where he didn’t have to fear for his life on a daily basis, and he could live at ease.

Unfortunately, he found that soccer wasn’t very popular in Houston. Most people didn’t play, and the sport wasn’t covered in the newspaper, on television, or on the radio, but Boujaoude’s father was able to obtain a radio where he could listen to soccer match results on the BBC.

Boujaoude didn’t play soccer during his last year in Lebanon, because of the dangers of the war, or for his first two years in the United States. But after this hiatus, he was able to pick up the sport again in college and began making new friends.

Now, he plays almost every Sunday. Playing the game has always provided him with an escape for the everyday stress and adversity of life.

“I never stopped for the last 27 years now,” Boujaoude said.

Boujaoude wanted to tell his story to generations who had not experienced the environment he had grown up in, and to convey hope to readers. The book doesn’t assign blame but just depicts what life was like growing up in the midst of a civil war.

“I would say it’s a story of hardship, but in the end you can see that no matter what you go through, you can still come out of it at the other end and continue with your life and bounce back from the adversity you faced,” Boujaoude said.