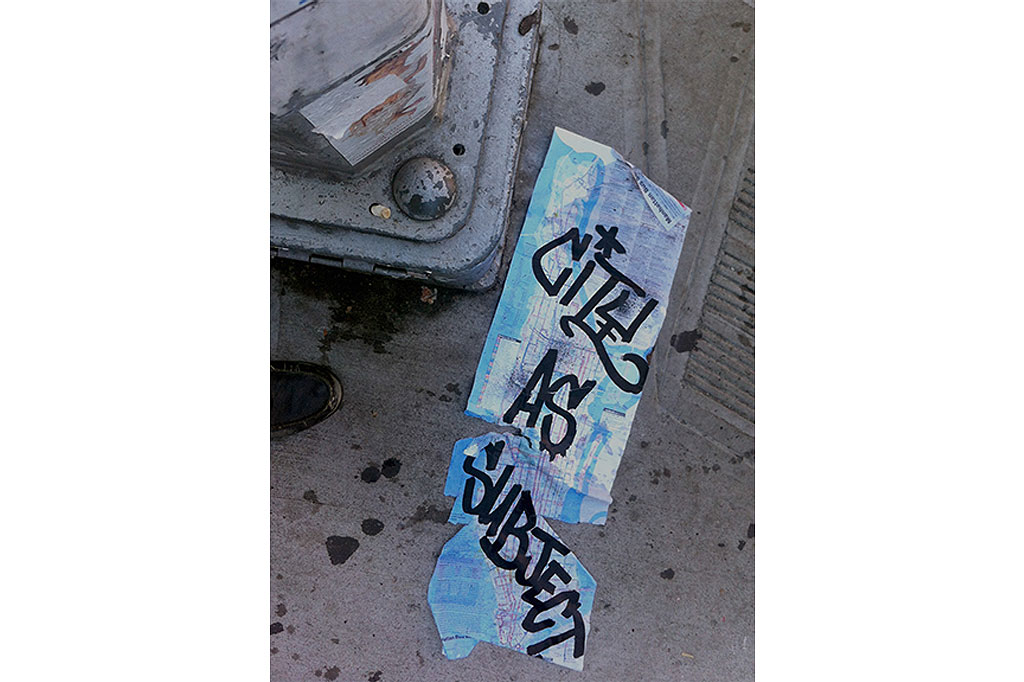 A whopping 93 works strong, City as Subject runs the stylistic gamut from highly finished cityscapes to pen sketches, to watercolor collage, abstract, and mixed media. There is even a light installation by Katherine Jackson. Her recent LED works fuse the structure of bridges with that of DNA helixes, a nod to a common feeling among New Yorkers that our physical place is very much a part of us.

“New York City is like no other place in the world,” Greenwald said. “I went for diversity in this show. I have my aesthetic, of course, but my main criterion is that the art is meant to be enjoyed with the eyes, rather than only conceptually.”

Obvious or not at first glance, every single piece was inspired by the way the artist views, imagines, or interacts with the city. While the skylines and street views are breathtaking and much appreciated, it’s often the narrowly focused pieces that tickle the mind. A traffic strip on a crosswalk. The same view of the Empire State Building’s lighted crown, reexamined each night. The way a fogged-up window looks when bright lights filter through. It’s these little things that kaleidoscope together to become a picture that we recognize as New York.

That the show takes place at Westbeth Gallery is significant. Located on the campus of a former research center, Westbeth was established in 1970 to offer affordable housing and studio space for artists. Made up of painters, writers, photographers, filmmakers, poets, sculptors, dancers, choreographers, and musicians, Westbeth is one of the largest artist communities in the world.

When Hurricane Sandy hit the city on the night of Oct. 29, 2012, floodwater inundated Westbeth’s basement, leaving 70 studios in ruins. That Westbeth and non-Westbeth artists came together for a city-specific show is something like closure.

Because this is an artists’ community, painters are encouraged to show both finished and unfinished works. Viewers may be surprised to see that a highly detailed oil painting of afternoon sun on the Flatiron and an almost-cartoonish oil study of Battery Park are both by the hand of John Goodrich.

As enlightening as it is to see process, it’s possibly more fascinating to see as the artist sees—or doesn’t see.

Inspired by walks taken at night, Ryan Coburn paints nearly black canvases in which objects such as parked cars are just barely visible.

We find many views from apartment windows, scenes from the streets, atop bridges, underground, and from high up on rooftop terraces—in short, from as many places as one can be and experience New York.

City as Subject
Through Oct. 5