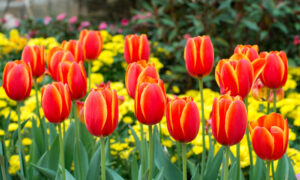 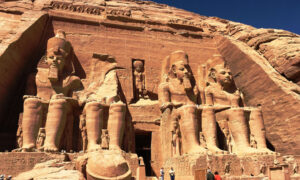 More Than a Dam Waits in Aswan
0
Life & Tradition

Citizens of the World: Aaron and Celeste Froehlich, Part 2

By Molly A. Daniels-Ramanujan
Print
[Please see Citizens of the World: Aaron and Celeste Froehlich, Part I]

When he was about 20 years old, he asked himself after two years at Rhodes College, in Memphis, Tenn., “Who am I, why am I here, and where am I heading?”

He wanted the best global education possible: He wanted to learn from direct experience. He transferred to Semester at Sea, which took 600 students and 100 faculty drawn from all over the United States, for a shipboard education.

Aaron says, “The world, which had become small, limited, and shifting while at Rhodes College, opened up its vastness during my Semester at Sea. We were getting an education that would prepare us for the 21st century.”

There is a book he might write about his educational odyssey, with all the empirical details. I am following the thread of his narrative based on one interview at EcoVillage.

“Initially, it was the juxtaposition between my own affluence and the abject poverty of most of the people in the world that was poignant and humbling,” he says.

“I’ll never forget the image of a young boy, squatting in a sewage ditch in Nairobi, brushing his teeth, or the sickening feeling driving through a slum in South Africa in an air-conditioned bus.

“But over the course of the semester, what became more striking to me than people’s poverty was their generosity. How can it be that people who have so few material things can be willing to give of themselves so freely.

“In India, I remember tossing and turning one morning on the cold stone floor of a family who had invited me to their home after I met their son on the streets. Our ‘afternoon tea’ turned into three days with them, and I couldn’t have felt further away from my home in Missouri. I knew by that time that there was no way I could go back to Rhodes College.

“But in the afternoon, when I returned to the ship, I learned that there had been an accident, and that half a dozen of my shipmates had been injured, four had died, and a faculty member too had died on an overland trip from Delhi to Agra in a tourist bus.”

There it was again. Death.

When I came to the United States in 1961 as a Fulbright grantee, I learned that death was a taboo subject. It was not to be mentioned in front of children.

Three decades later, for Aaron Froehlich, death became the leitmotif of his life.

To understand this accident as a transformational experience, I must tell you the beginning of Aaron’s story.

Aaron’s father, an oncologist, read at breakfast every morning the obituaries in the papers, and sometimes his father grimaced.

Aaron says, “I learned at an early age that obituaries try to tell rosy stories, but underneath they are filled with pain and sadness.” Aaron’s father now heads a Cancer Center at a University Hospital.

The imponderable reality of death hauntingly entered Aaron’s life, when his cousin David died. David’s brief six years of life had been punctuated by innumerable surgeries.

“David had to undergo multiple surgeries to attach his colon. The staff called the unskilled arrogant surgeon, ‘The Butcher.’ David died at age 6. At the end, when he had developed adult leukemia, and he was often bald from chemotherapy, he and I … we laughed and played together.”

After Aaron’s father’s graduation from medical school, the family had to move to Springfield, Mo.

Uprooted from life in Dallas, wrenched away from his grandfather, who played stickball with him, his best friend Melissa, and cousin David—his preternaturally wise companion—Aaron felt displaced.

He says, “Looking back, I see that David was for me the embodiment of sainthood through suffering. David’s death left a void within me.”

The rest of Aaron’s life has been a quest to find “his calling,” rather than just to “make a living.”