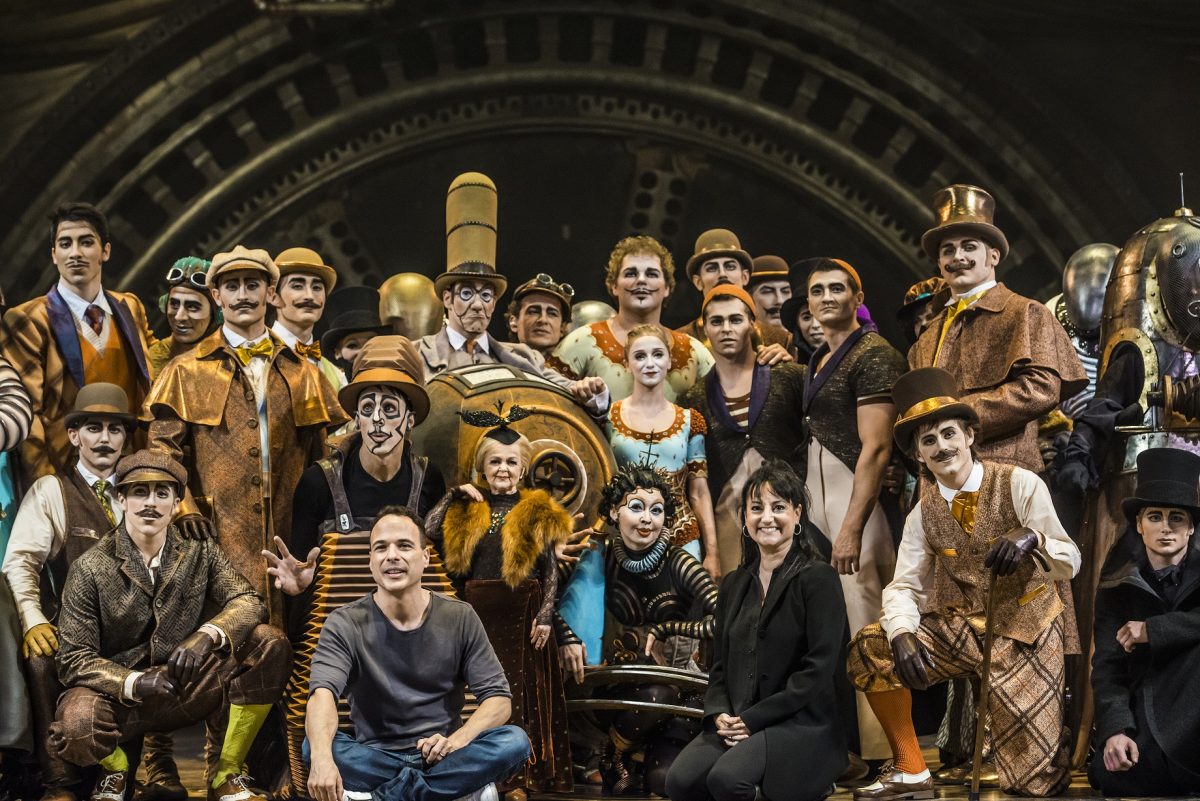 TORONTO—If you think something is impossible, think again. This is the challenge Cirque du Soleil poses in its latest travelling show “Kurios: Cabinet of Curiosities,” which opened at Toronto’s Port Lands on Aug. 28 to a capacity crowd, including celebrity attendees.

The blue and yellow Cirque du Soleil tent, standing invitingly, beckoned the visitor to enter into an alternate world of reality—one where ordinary concepts are turned upside down, where the impossible becomes possible, and where imagination and creativity rule supreme. Could there be more beyond the world we understand?

That is the premise of “Kurios,” which invites the audience to step into the curio cabinet of a seeker, an ambitious inventor who believes great wonder exists below the surface. A group of otherworldly visitors suddenly come to greet him, and his quirky mechanical creations also come alive, inviting him into a spectacular world of unexpected possibilities.

The magic of this world is not based on smoke-and-mirror effects or theatrical gimmicks that, despite their cleverness, disappear once you exit the show, but one that is based on tremendous dedication—years upon years of hard work and sacrifice—that the artists have put in creating these performances.

Without question these are true athletes and artists, and their confidence, grace, and lightheartedness as they perform seemingly impossible feats makes one truly reconsider what the human being is capable of. Even if you strip away the glitz and glamour, the setting and costumes, the music, lights, and elaborate props, what remains is still pure magic—the magic of the human potential.

The show offers a dazzling experience, bringing the audience into an out-of-the-ordinary world that stimulates the senses.

Cirque’s high-calibre cast—46 artists from 13 countries—leave little doubt that they are among the best in the international acrobatic community. “Kurios” is written and directed by Cirque veteran Michel Laprise, who has also directed Madonna’s MDNA tour and a hit Robin Hood-inspired musical currently touring Europe. The show is comprised of a total of 17 creators under the artistic guidance of Cirque founder Guy Laliberté and Jean-François Bouchard, Cirque’s director of creation.

This is the company’s 35th production since 1984, when Laliberté, then a young street performer, gathered fellow artists to develop the Cirque du Soleil show as part of Quebec City’s 450th anniversary of Canada’s discovery celebrations. Its performances have since toured 40 countries on 6 continents.

In the press materials for “Kurios,” the creators ask the question, “What if by engaging our imagination and opening our minds we could unlock the door to a world of wonders?” It is the kind of question Cirque du Soleil has been asking audiences for the past 30 years, and it is a question we could benefit by asking ourselves more often.

“Kurios: A Cabinet of Curiosities” made its debut in Montreal in April, went on to Quebec City, and will run in Toronto until October 26. The tour will also include stops in Calgary and several U.S. cities. For more information, visit: www.cirquedusoleil.com