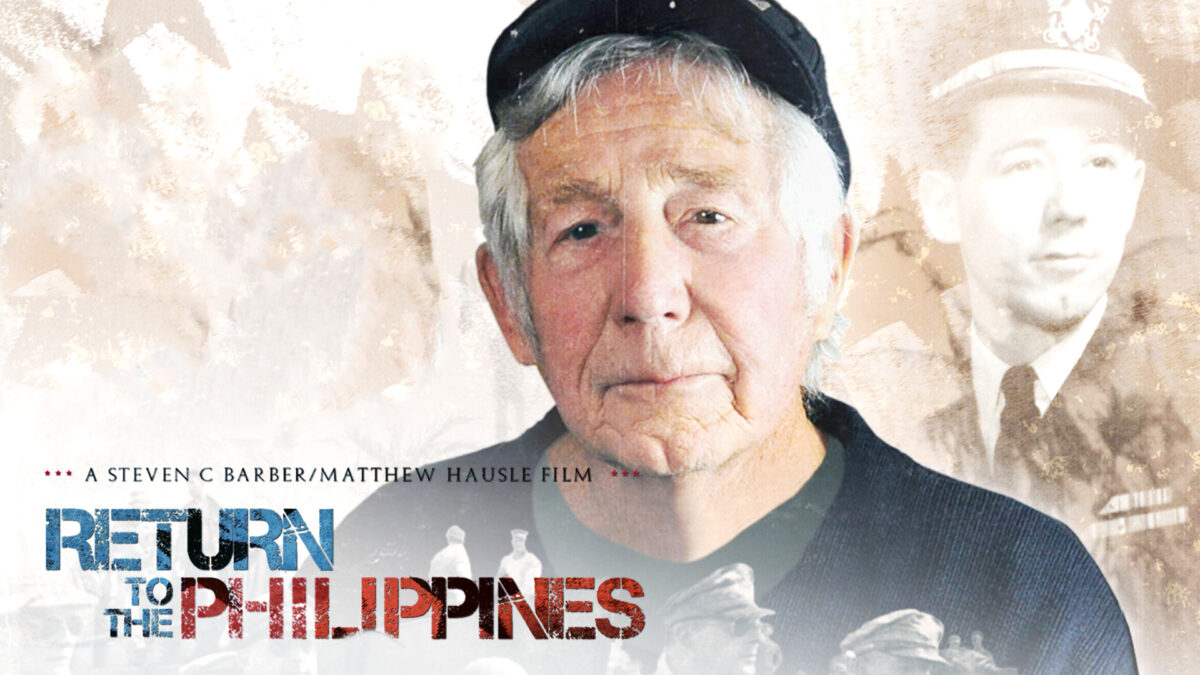 You don’t see a lot of narrative films that cover the many lesser-known battles in the Pacific Theater during World War II. But fortunately, there are some great documentaries out there, such as 2015’s “Return to the Philippines, the Leon Cooper Story,” that shed some light on them.

The film opens with vintage 1940s footage of people enjoying their time on the beautiful island of Hawaii on December 7, 1941. We then see pilots as they clink their sake cups together, perhaps a last toast before they die over the Pacific Ocean. These juxtaposed scenes alternate, painting an ominous picture of what’s to come.

Everything culminates in a number of dramatic shots of Japanese dive bombers unleashing their payloads on docked American warships, as actor Ed Harris’ narration describes the Japanese surprise attack on Pearl Harbor—an infamous event forever etched into the annals of American history. Or as President Franklin D. Roosevelt put it, “A date that will live in infamy.”

After the dastardly attack, many young men immediately enlisted in the United States Armed Forces. These brave individuals felt it was their patriotic duty to serve their country. One such youth was nineteen-year-old Leon Cooper, a native of Chicago, Illinois. Cooper didn’t want to be “in the rear with the gear” as it’s called in the military—he wanted to be in the fight. Thus, within three months Cooper was training to be an amphibious boat commander after completing Officer Candidate School (OCS).

As a Higgins Boat commander, Cooper served the first of six campaigns delivering Marines to “Red Beach” on Tarawa, an island in the Pacific. They fought hard against the Japanese, and amassed a large number of American casualties.

Fast forward to 2007 and Cooper receives some disturbing information—large heaps of trash have piled up all over Tarawa and many are covering the graves of dead servicemen. Initially, Cooper attempts to contact numerous politicians and high-ranking military staff in Washington DC about the issue. However, his numerous calls and letters were completely ignored.

Not one to back down from a challenge, no matter how seemingly insurmountable, Cooper took it upon himself to rectify the situation in honor of his fallen, fellow servicemen, who lay beneath the sands of Tarawa. After visiting Tarawa and seeing the numerous piles of trash firsthand, he discovered that dung was also covering the graves of thousands of Marines who, as Cooper accurately points out, “died in defense of our country.”

Cooper turned his rage into inspired action and began his new mission by investing $200,000 of his own funds into cleaning up the sprawling mess. He also began a whirlwind publicity campaign by going on numerous newscasts and talk shows with the hopes of shaming the U.S. government into taking action.

Leon acutely recognized that not only was the entire situation disrespectful to the dead men but it also impacted the families of the fallen when not knowing where your relatives have been buried can result in a lack of closure.

He also took the same approach of recovering and identifying dead Marines to the Philippines, where 70 years prior, he helped to liberate that country from the Japanese in 1942. To his surprise, officials in Manila refused to even talk to him. But Cooper’s persistence leads him to other parties in the Philippines who describe the heavy toll that both Americans and Filipinos endured there.

“Return to the Philippines, the Leon Cooper Story” contains a lot of archival footage from different theaters of war. Fortunately, it is put together in a concise manner and never gets confusing. It’s also filled with a good amount of military history. But perhaps the most notable thing about the film is the touching stories that both Veterans and their family members talk about.

Although Leon Cooper may have passed away in 2017, this fine film is a testament to his tenacity and intense patriotism.

‘Return to the Philippines, the Leon Cooper Story’